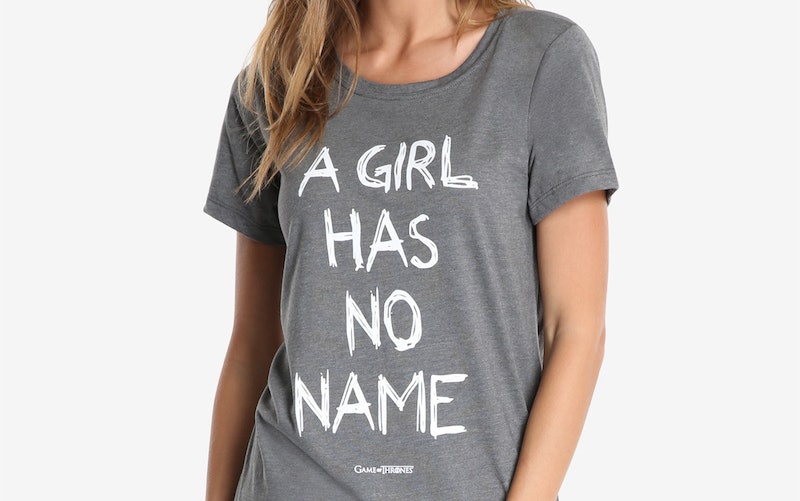 If you've ever been a devout follower of a TV series, you probably love all things related to the show — especially fun and fashionable merch. If you agree and you're a Game Of Thrones fan, you should brace yourself. Yes, season 7 is about to start on July 16, but you can get your Game Of Thrones fix right now by shopping BoxLunch's latest collection.

Philanthropic-retailer BoxLunch carries everything from wine glasses to apparel for fans of TV shows like Game Of Thrones. It doesn't matter which house you love, you can sport one of these GOT-themed shirts to your friend's watch party — no more worrying about what to wear!

Along with the GOT BoxLunch tanks and tees that you can already shop on the retailer's website at boxlunch.com, they also offer other watch party-approved items for fans including steins, pint glasses, and wine glasses that you'll definitely need for this season. And if you’re an uber fan, you don’t have to break the bank while stocking up, because all of the GOT BoxLunch items range from $5-48.

Even if you don't want to go all out by wearing head-to-toe GOT-inspired outfits, you can still show your love for the series through BoxLunch's cute tees and tanks. But you better act fast because winter is coming.

Check out some of the tees that you can shop from the collection.

This tank features the sigils of House Stark, House Targaryen, and House Lannister.

Game Of Thrones No Name Tee

Channel your inner Arya Stark with this basic tee.

If you love the Khaleesi, it's time to sport this shirt!

To shop the rest of the amazing pieces from BoxLunch's GOT merch, click here.