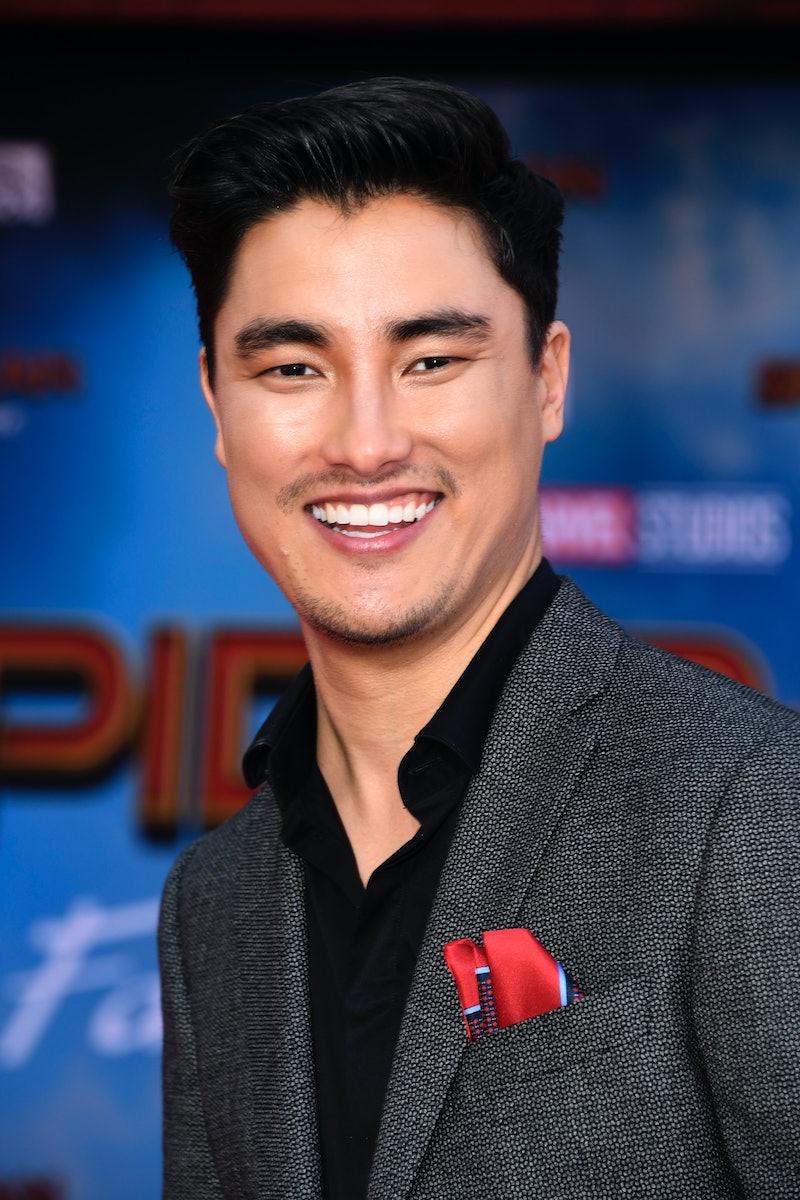 With every new MCU movie you can expect to gain a few new characters, whether they're villains, superheroes, or even just normies who somehow get themselves wrapped up in the life of a superhero or two. Spider-Man: Far From Home, out July 2, introduces one of the latter, Brad Davis (Remy Hii) — another student at Midtown High. But while it may seem like he's just another classmate on their school trip to Europe, Brad Davis's Marvel comics history hints that he'll also be giving Peter Parker (Tom Holland) a little trouble.

The only comic book issue that Brad appears in is 1979's Amazing Spider-Man Vol 1. #188. And, as he is in Far From Home, this Brad is also a foe of Peter Parker's (Tom Holland). He's not trying to destroy the world or anything; he's actually one of Peter's romantic rivals

Brad is introduced in the comics as a new boyfriend of Mary Jane Watson, one of Peter's most common love interests in canon. He also happens to be the star quarterback at Empire State University. Peter meets Brad when he runs into him and Mary Jane during a nighttime boat cruise. Since Mary Jane was Peter's ex at that time, you can imagine the drama that causes.

Peter's not alone either, however. He's with his new girlfriend, Betty Brant, who works with him at the Daily Bugle. Betty, meanwhile, had just broken up with Peter's friend Ned Leeds. In the comics, Betty and Ned get back together after Ned returns from a trip to Europe, and Peter serves as Ned's best man, so that love triangle works itself out.

Mild spoilers ahead for Spider-Man: Far From Home. Because the MCU's Spider-Man series is set in high school, this Brad isn't a college football star. After being among the half of the class to survive Thanos's snap, Brad ends up in the same grade as Peter, MJ (Zendaya), Ned (Jacob Batalon), and Betty (Angourie Rice). Peter remembers Brad as a scrawny, underclassman, but now, he's grown a few inches, beefed up, and become popular. He also has his eyes on MJ, which could spoil Peter's plan to woo her faster than the attacks from the Elementals. End spoilers.

But while Peter dislikes Brad plenty in Far From Home, audience members will probably find him pretty charming. He's a far cry from the rich and narcissistic Flash Thompson (Tony Revolori), who trashes Peter to his face all while fawning over his hero Spider-Man. In an interview with Marvel at the Far From Home Hollywood premiere on June 26, the two summed up their characters. "Brad's just a nice guy," Hii said, while Revolori called Flash "a d*ck."

The Australian actor, who you may recognize from Crazy Rich Asians and Netflix's Marco Polo, also told Marvel reporters that he only had two days to pack once he found out he'd scored the role, and wasn't even able to see a full script due to necessary MCU secrecy. Still, he called the job "a dream come true" and said it was "blowing his mind" to be a part of it.

Will Brad be a part of the gang going forward? That hinges on how things pan out with him, Peter, and MJ. But he's already poised to make a much bigger impact than he does in the comics.