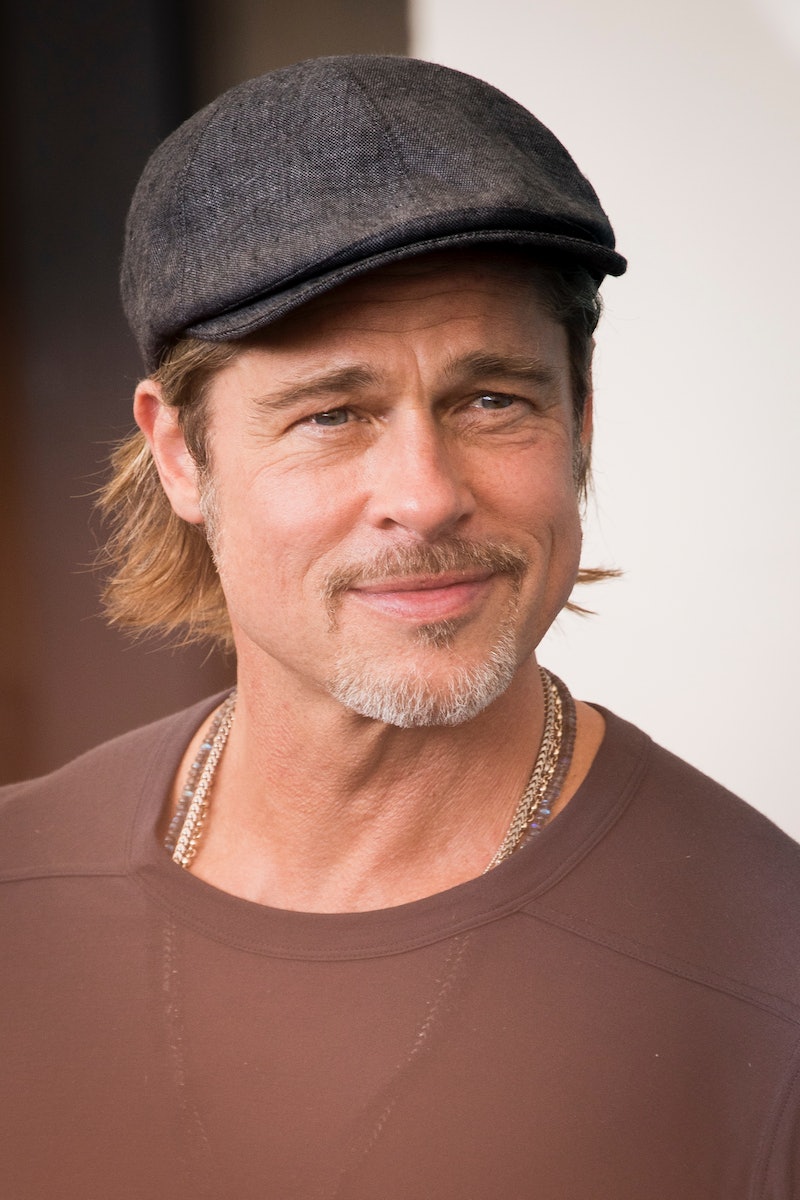 About three years after they originally broke up, Brad Pitt is speaking out on how he handled his split from from his longtime partner, Angelina Jolie. As Us Weekly noted, Brad Pitt gave up drinking after splitting from Angelina Jolie and he even detailed how he came to make the personal lifestyle choice.

In an interview with The New York Times, published on Sept. 4, Pitt revealed that he dealt with his split from Jolie in the most healthy way he knew how — by getting sober and focusing on his own wellbeing. When asked whether his new film, Ad Astra, provided him the space to work through any of the emotions he may have been feeling in light of his breakup, he said, “The fact is, we all carry pain, grief and loss." Pitt continued to relate that he's done "hiding" his emotions, "We spend most of our time hiding it, but it’s there, it’s in you. So you open up those boxes.”

As the NYT noted, Pitt and Jolie's relationship reportedly came to an end in September 2016 after they had a fight about his drinking aboard a private plane. The Once Upon a Time in Hollywood actor told the publication that ever since the split, he has maintained a sober lifestyle. “I had taken things as far as I could take it, so I removed my drinking privileges,” he shared.

Following his separation, the star reportedly spent time in Alcoholics Anonymous, which he said greatly helped him as he went on this sober path,

“You had all these men sitting around being open and honest in a way I have never heard. It was this safe space where there was little judgment, and therefore little judgment of yourself.”

Pitt was able to simply be himself in those AA meetings, which he said was "freeing" for him. “It was actually really freeing just to expose the ugly sides of yourself,” he said. “There’s great value in that.”

This isn't the first time that Pitt has opened up about this personal issue. In May 2017, he told GQ Style (in his first post-Jolie split magazine interview) that he was determined to be sober. He first told the publication, “Personally, I can’t remember a day since I got out of college when I wasn’t boozing or had a spliff, or something. Something. And you realize that a lot of it is, um — cigarettes, you know, pacifiers. And I’m running from feelings."

The Fight Club actor went on to say that he stopped drinking for a very specific reason, “I’m really, really happy to be done with all of that. I mean, I stopped everything except boozing when I started my family. But even this last year, you know — things I wasn’t dealing with. I was boozing too much. It’s just become a problem. And I’m really happy it’s been half a year now, which is bittersweet, but I’ve got my feelings in my fingertips again.”

As you'll likely recall, Pitt and Jolie announced in September 2016 that they were separating after 11 years together and two years of marriage after the aforementioned plane incident. In April 2019, People reported that the pair, who share six children together, were officially single but not yet officially divorced. Years after the news of their split shocked the world, it sounds like Pitt is on a very healthy path and is determined to stay sober not just for the sake of his family but for himself, as well.