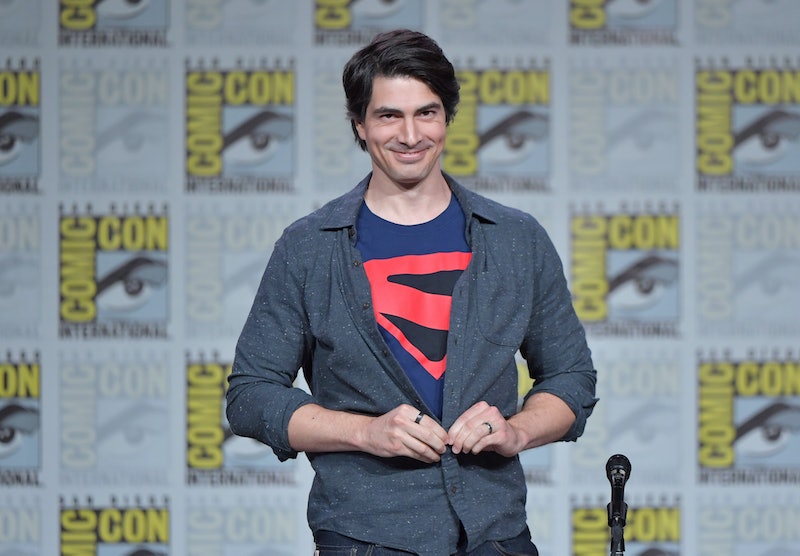 The annual multi-episode Arrowverse crossover event, featuring Supergirl, The Flash, Arrow, and Legends of Tomorrow, is coming up, and this year's "Crisis on Infinite Earths" is already full of surprises. A day before the Arrow panel at the 2019 San Diego Comic-Con, it was announced that both Brandon Routh and Tyler Hoechlin will play Superman in the upcoming crossover, and then, at the Arrow panel, Brandon Routh teased his Superman return in the Arrowverse, hinting at what iteration of the Man of Steel he'll play in the major television event.

As reported by Deadline on July 19, Routh and Hoechlin will suit up as Superman during the crossover. Hoechlin has portrayed Clark Kent/Superman in the Arrowverse since Season 2 of Supergirl. Routh, on the other hand, plays The Atom, otherwise known as Ray Palmer, on Legends of Tomorrow, originating the character in 2014 when he first appeared on Season 3 of Arrow. He also played Superman in the 2006 film Superman Returns, making this announcement especially meaningful (and, of course, hilarious).

Though he might be reprising the role of the Man of Steel, Routh unfortunately won't be wearing his original suit from Superman Returns. "Every time they have a costume, they basically put it in their archives. And they don’t like to let it out,” executive producer Marc Guggenheim said at the July 20 Arrowverse panel at SDCC, as reported by Entertainment Weekly. “So we won’t be able to use your original costume. We’re still figuring it out. We’ll dress you in something, obviously. If you have any ideas, we’re all ears.” Routh then stood up and unbuttoned his shirt, revealing a Superman t-shirt underneath. But it wasn't just any Superman t-shirt, it was red and black, immediately recognizable to fans as the Kingdom Come Superman suit.

As pointed out by ComicBook.com, the Kingdom Come storyline in the comics takes place in a future when Superman has become cynical due to the very violent superheroes that have taken over his legacy. These heroes are deadly, and they don't share Superman's moral code. Per the site, the hero's "faith in humanity and their reliance on superheroes ultimately gets destroyed," making him go to his Fortress of Solitude to reform the Justice League. Only instead of fighting villains, this Justice League is out to imprison any new super who gets out of line, leading to an all out superhero war.

ComicBook.com also reported that Hoechlin's Superman and Routh's will be Clark Kent at different points in his life, seemingly suggesting that Routh's Superman will be the one form Kingdom Come future. It's also possible that Routh's Man of Steel will be from another Earth, but if this "Crisis on Infinite Earths" is anything like the comics, that's going to be turned on its head really quickly.

Regardless what happens in "Crisis on Infinite Earths," there's no doubt fans will be excited to see Routh don the cape once more, even if he is going against Team Arrow, Team Flash, Team Super, and the Legends.

More like this
'RHOSLC' Star Jen Shah Refuses To Do A Post-Sentencing Interview With Andy Cohen
By Brad Witter and Jake Viswanath
Anne Hathaway Shared A "Thrilling" 'Princess Diaries 3' Update
By Darshita Goyal
The 'Scream 6' Trailer Shows Off Hayden Panettiere's Return & Ghostface In NYC
By Jack Irvin and Jake Viswanath
9 Time Catherine Cawood Was An Absolute Badass In Happy Valley
By Sophie McEvoy
Get Even More From Bustle — Sign Up For The Newsletter
From hair trends to relationship advice, our daily newsletter has everything you need to sound like a person who’s on TikTok, even if you aren’t.