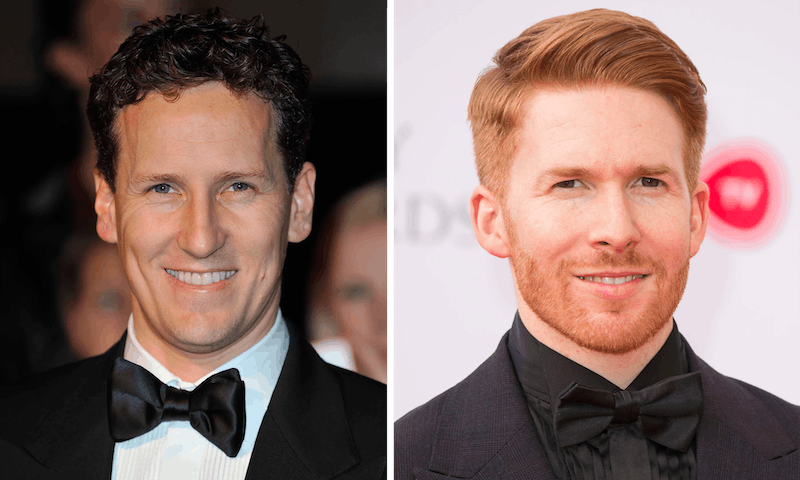 It's nearly September and you know what that means — it's time to grab your tassels and high heels because Strictly Come Dancing will be back on your television screens oh so soon. Sadly, there is one member of the professional dance team that will not be returning, and I'm still struggling to come to terms with it. Nope, he's never coming back. In fact, Brendan Cole's Strictly Come Dancing replacement Neil Jones has even been confirmed, meaning it's definitely over for good. Gutted.

When news broke of his replacement, I immediately reached out to the BBC for some insight, and a Strictly rep tells me that Neil is "the undefeated four-time British National Champion and the three-time winner of the World Amateur Latin Championships with his wife Katya Jones." So I guess that makes him more than qualified for the job. And if you recognise the name of his wife Katya Jones, that's because she is already well-versed with the Strictly world. She began her tenure as a professional dancer during Series 14 back in 2016, and won the last series of Strictly with British actor Joe McFadden. So yeah, you should know her name.

Like his wife, Neil also has plenty of experience working on Strictly. He previously partnered up with Judy Murray during the Strictly Come Dancing Christmas special last year. He also danced with Konnie Huq for the Strictly Children in Need special in 2017. So he's far from being a complete newbie. Given that he is somewhat of a familiar face to Strictly fans, what do they reckon of Neil replacing the legendary Brendan?

Well, to be honest, the reaction seems to be pretty mixed. the Internet appears to be completely divided; while some are supporting Neil, others are just not coping with the fact that Brendan won't be returning:

Brendan's exit from Strictly came as quite a shock when he confirmed the news on ITV's Lorraine earlier this year. Airing on January 30, the pro dancer found the news "quite hard to talk about," revealing to host Lorraine Kelly that "the BBC [hadn't] renewed [his] contract," and that he was still in "a little bit of shock" regarding what had happened.

Asking how he was initially told the news, Lorraine enquired whether he was informed by phone. "It was done via a process of a phone call," he answered.

Much like the fans of Strictly at the time, Brendan was visibly heartbroken about the news. However, he said he fondly cherished his time on Strictly, stating: "I have had 15 incredible series on the show. I'm very proud of the whole show and they're a great team."

Brendan did hint as to why his contract may not have been renewed during the interview. He said: "Well it's an editorial decision. I'm sure I'll never know the ins and outs of it but I'm a very strong character within the show and I have my views and I love that side of it. I like being a character on the show."

Even though Brendan may not have Strictly on the horizon, his shock departure from the series has opened doors for more opportunities, including a successful UK and Ireland theatre tour, All Night Long, that has been extended for the autumn. You can buy tickets here.