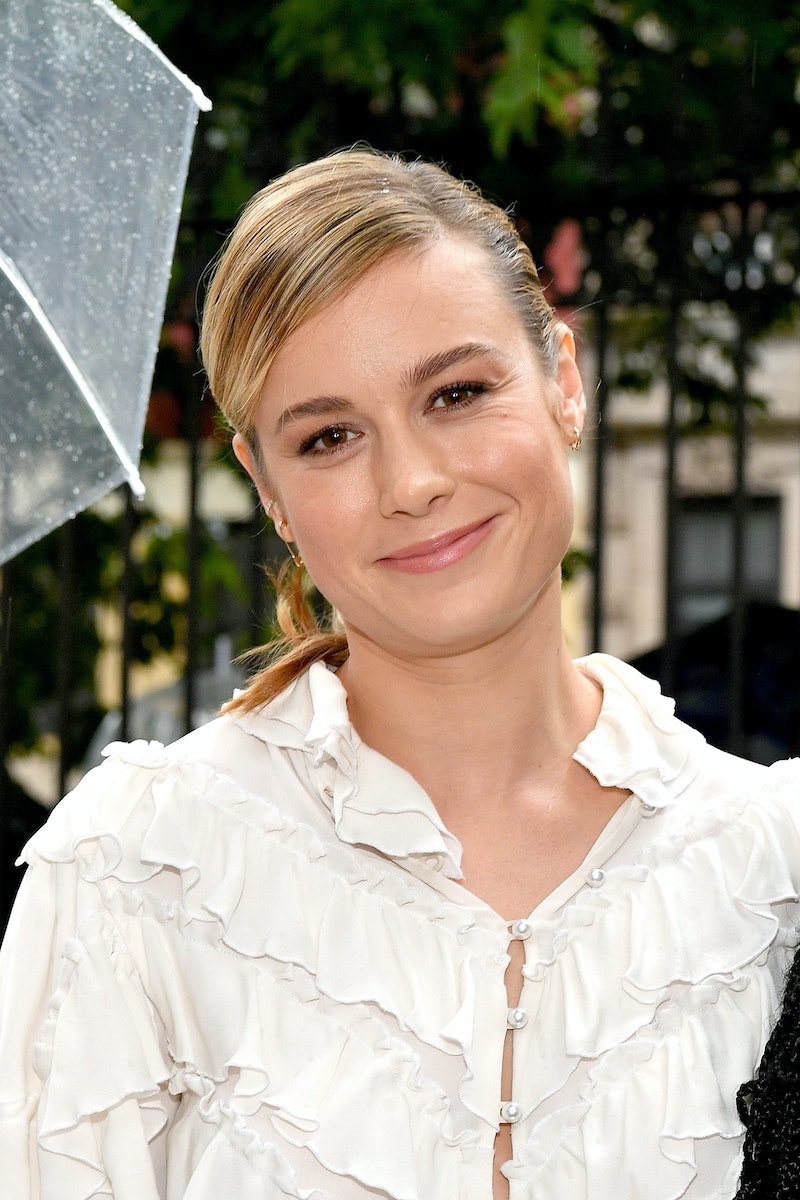 On Feb. 11, actor Brie Larson posted a video of herself pushing a car on Twitter and it was immediately met with backlash from men who, apparently, weren't so impressed by her incredible strength. The moment, which the 29-year-old entertainer referred to as the "highlight" of her Captain Marvel training, showcased Larson single-handedly thrusting a 5,000-pound Jeep for 60 seconds, according to The Mary Sue.

"A training highlight - pushing Jason Walsh’s almost 5000 lbs Jeep (with a full tank of gas and Alyssa behind the wheel for safety!) for 60 seconds. In Captain Marvel @nike Metcons! It’s a strong vibe but I like it."

The feat was certainly glorious, not only for Larson, but also for those who felt inspired by her strength. And while there were many who praised the Academy Award winner's abilities, there were others — mostly men — who were quick to share their negative opinions and snide comments on social media.

In an effort to negate Larson's ability, one Twitter critic posted a snapshot of an article which attempted to dissect the "science" behind pushing a car. The accompanying caption explained,

"For those impressed by Brie Larson pushing a car, don't be. They can pump her ego all they want to promote the movie, but you can too. It's not difficult. In fact, it takes very little force to push a car which is why there are accidents with cars not having their parking breaks on."

Another male Twitter user with thoughts on Larson's video explained, "I don’t mean to be Johnny rain cloud, but it really isn’t that hard to push a car in neutral"

Someone additionally scoffed at the clip, sharing, "Big Deal! The vehicle in neutral on level, paved street. Brie Larson Pushed a 5,000-Pound Car While Training for '#CaptainMarvel."

Meanwhile, this Twitter-user made an attempt to assimilate with Larson's ability, but was clear to make the moment seem like no big deal, sharing:

"You know I had to push my first car almost every day. because that piece of scrap didn't want to start without pushing. Free training every morning. And I did it in @ReebokClassics"

Despite the criticism, Larson appears to be extremely proud of the exercise, which became part of her training circuit. Back in December, Cinemablend revealed that the car pushing stint initially started off as a joke between Larson and her trainer John Walsh. Per Cinemablend, Larson revealed,

“It was a joke with my trainer, Jason Walsh, that I wanted to be able to,” Larson said. “We were joking about it, that like, ‘Well, if I’m gonna go for it…’ Because I spent nine months training with him ahead of time, and I was getting super strong. And I was like, ‘Well, she can move planets, the least I could do is move a car.'”

Larson, who frequently shared her grueling workouts on Instagram, revealed that the intense training program helped her feel closer to the character. In December, she told Entertainment Tonight,

“A huge part of [Captain Marvel] is her strength. I knew if I could go through that experience, I would get closer to her and I’d understand [her].”

All-in-all, it seems that the hard work has definitely paid off as she prepares to take over the world as Captain Marvel when the film hits theaters on March 8. InStyle notes that Marvel’s vice president of creative development Stephen Wacker once explained the character as being “Earth’s mightiest hero. Period. Not Earth’s mightiest female hero.”

Brie Larson has notably been a champion for women and young girls all over the world, showcasing both her inner and outer strength for all to see. Although naysayers may try to knock her accomplishments, it's clear that she's a true superhero on and off-screen.