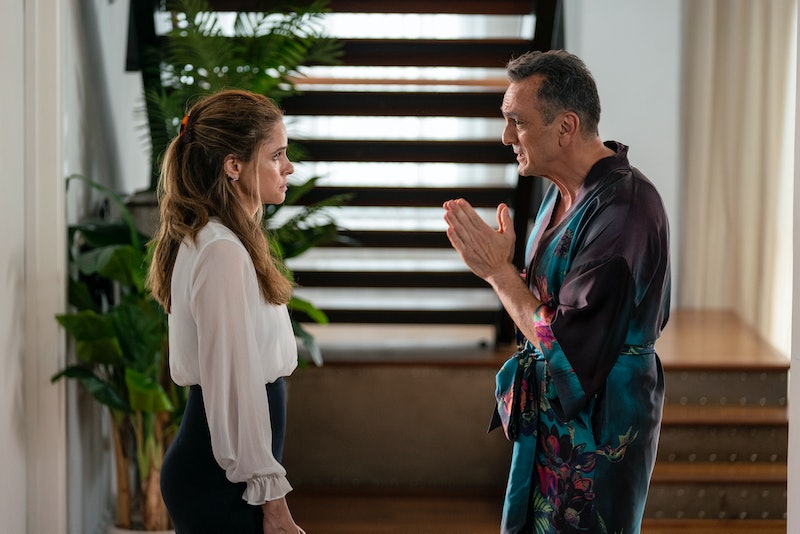 Jim Brockmire will officially retire from baseball with Season 4 of Brockmire. The IFC series detailing the ups and downs of the beloved announcer's career won't return for Season 5, simply because the story has run its course.

"Ultimately, four seasons and 32 episodes of this show feels like the right amount," showrunner Joel Church-Cooper told TVLine. "As proud as I am of the ambition of this show and the fact that we constantly burn the boats behind [us every season and start over], that also means that this show is not built for a long run..."

IFC Executive Director Blake Callaway echoed that sentiment in a statement. “From the beginning, Brockmire was conceived as a four-season story, and we are so proud to see it written and produced to its creative conclusion,” he said, per Deadline.

Not only that, but The Simpsons' Hank Azaria, who plays the titular Brockmire, has been worn down by the role's physical and mental demands, according to Cooper. "It’s so hard on Hank," Cooper told TVLine. "We’re a low-budget show and we block shoot. That means that there’s four or five scenes in a day and he has to memorize everything before we get to set ... His back always gives out from stress. He’s in fantastic shape. You will never meet a 50-year-old man in better shape than him, but still it’s so physically taxing and he’ll be the first to admit it."

The actor himself seems to be pleased with the work he's done, as well as the show's natural ending. “I really loved this season in several very right and a few very wrong ways. I hope you will, too," he said in a statement, per Deadline. "Making this show has been one of the top seven joys of my life.”

The series finale of Brockmire premieres on IFC at 10 p.m. ET on May 6.