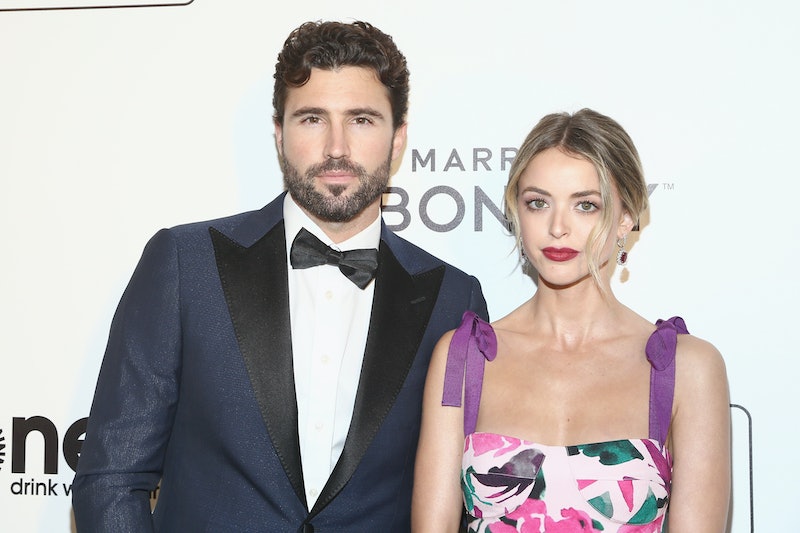 There’s no hard feelings here. Brody Jenner’s new statement on his split from Kaitlynn Carter proves the couple has an amicable uncoupling. On the heels of their separation, Jenner took to social media to directly address his split with Carter for the first time — as well as the “negativity being directed” at his former partner. In what could be a reference to the reports about Carter kissing Miley Cyrus — who similarly announced her separation from husband Liam Hemsworth on Aug. 10 — while on vacation in Italy, Jenner wrote in his Aug. 16 Instagram post, “There is far too much negativity being directed at someone who I love and care about very much.”

He continued, “I feel the need to set the story straight. Kaitlynn and I have been best friends for 6 years, and we continue to be. We, like many others before us and many after us, grew in different directions over those same 6 years. Kaitlynn is a wonderful person, beautiful and fun to be with, always a positive force in my life. We decided the best move for both of us was to keep our love for each other strong but move forward separately with our lives. I respect Kaitlynn and care deeply about her. She deserves to be able to move forward in her life with respect and happiness."

Jenner’s statement prompted a positive response from Carter. As captured by the Instagram page @commentsbycelebs, she simply replied to her ex’s message with a red heart emoji. On Aug. 2, Jenner and Carter announced their split after a year of marriage. The two tied the knot in Indonesia in June 2018; however, their marriage was reportedly not legalized in the United States, according to E! News and TMZ. In a joint statement issued to Bustle, Jenner and Carter’s reps said of the separation,

“Brody Jenner & Kaitlynn Carter have decided to amicably separate. They love and respect one another, and know that this is the best decision for their relationship moving forward."

Jenner and Carter also star opposite each other in The Hills: New Beginnings, where they’d often quarreled about their relationship. The reboot has showcased Jenner’s reluctance to have children with Carter and the fallout that ensued after he claimed that the two have an “open relationship.” In the premiere episode, Jenner said in a confessional scene, “While I don't have kids I'm gonna pretty much do what I wanna do and live for myself, as opposed to live for another human being. I think that's why she wants kids, she wants me to change in that way.” Elsewhere in the promo, the two fight after Jenner gets home late from a DJ gig, to which he calls his partner a “psychopath” and “nightmare.”

As per PEOPLE, Carter recently revealed that she and Jenner were hesitant to sign on for the reboot, but ultimately did so in hopes that the series would bring them closer together. During a taping post-split on The Hills co-star Whitney Port’s podcast With Whit on Aug. 15, Carter told Port, “The decision really was about whether for us to be able to spend more time together, because he was always on the road deejaying and I was always on the road for work with [online shopping collective] Foray. So this was like a project together.”

While their relationship has been rocky in the past, Jenner's supportive message for his ex proves there's no hard feelings between the two.