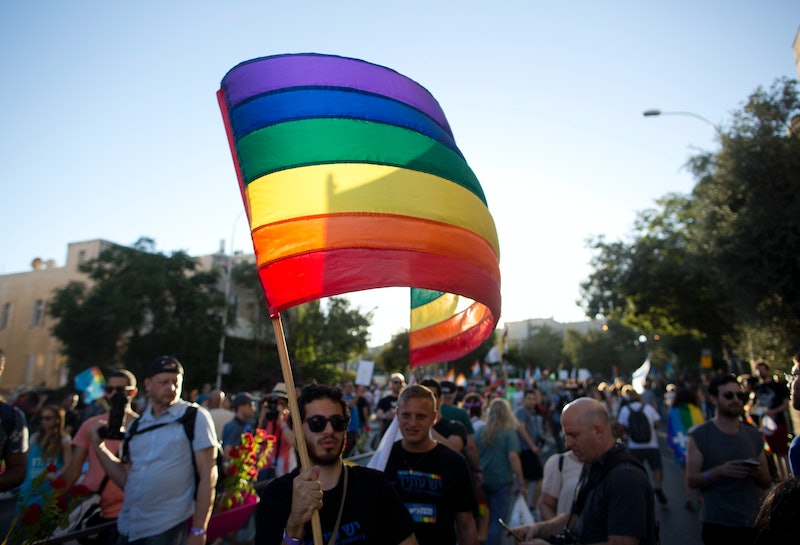 LGBTQ activists and human rights experts condemned new "cruel" and "inhuman" punishments for adultery and gay sex that came into force on Wednesday in a former British colony in Asia, as part of what the sultan says are attempts to increase Islamic teachings in the country. Brunei will stone to death adulterers and gay men caught having sex with each other. Women caught having sex together will receive 40 strokes of a cane or up to 10 years in jail.

"You wake up and realize that your neighbors, your family or even that nice old lady that sells prawn fritters by the side of the road doesn't think you're human, or is okay with stoning," a gay man in the country told the BBC about the new punishment. Homosexuality was already illegal before this change, with the maximum punishment for same-sex sexual acts being 10 years in prison.

The international community has reacted strongly, criticizing the backslide amid attempts by LGBTQ and human rights activists to decriminalize same-sex relations around the world. Victor Madrigal-Borloz, the UN's independent expert on sexual orientation and gender identity, along with other U.N. human rights experts, wrote to the sultan on Monday and expressed their concerns.

The experts called the move an "imposition of cruel, inhuman and degrading punishments" that run counter to many international standards, including the 1948 Universal Declaration of Human Rights. In the letter, they ask the sultan to "revoke the Syariah Penal Code Order and to repeal it completely."

Asian LGBTQ activists said in a statement that the change — if carried out — could spread through the region.

"By enforcing the SPC, Brunei will set a dangerous precedent for its neighboring countries in Southeast Asia and broader Asia as it perpetuates the practice of violating fundamental freedoms, particularly freedom of expression, in the region," read an open letter signed by a large group of LGBTQ organizations from the region on Wednesday.

They added that by adopting this law, Brunei also legitimizes violence, particularly against "those who are already vulnerable and socially marginalized." In addition to LGBTQ people, they say that includes women, children, the economically disadvantaged, religious minorities, and dissenting voices.

In the West, George Clooney called for a boycott of nine hotels owned by the sultan of Brunei, including the The Bel-Air and The Beverly Hills in Los Angeles.

"Every single time we stay at or take meetings at or dine at any of these nine hotels we are putting money directly into the pockets of men who choose to stone and whip to death their own citizens for being gay or accused of adultery," Clooney wrote in a guest column for Deadline. Clooney has been joined by other prominent celebrities, including Ellen DeGeneres.

Before Brunei, there were just 11 U.N. member states that criminalized same-sex sexual acts with the death penalty. Of those, only six actually impose the punishment, according to a 2019 report from the International Lesbian, Gay, Bisexual, Trans and Intersex Association (ILGA): Iran, Saudi Arabia, Yemen, Sudan, and some provinces of Somalia and Nigeria. In the other five countries, it only remains a possibility.

The last execution in Brunei was carried out in 1957, but that could soon change. Responding to the new penal code, U.N. High Commissioner for Human Rights Michelle Bachelet urged Brunei "to maintain its de facto moratorium on the use of capital punishment."

In total, 70 countries criminalize same-sex sexual activity in 2019 — a decrease following landmark advances in India, Trinidad and Tobago, and Angola.