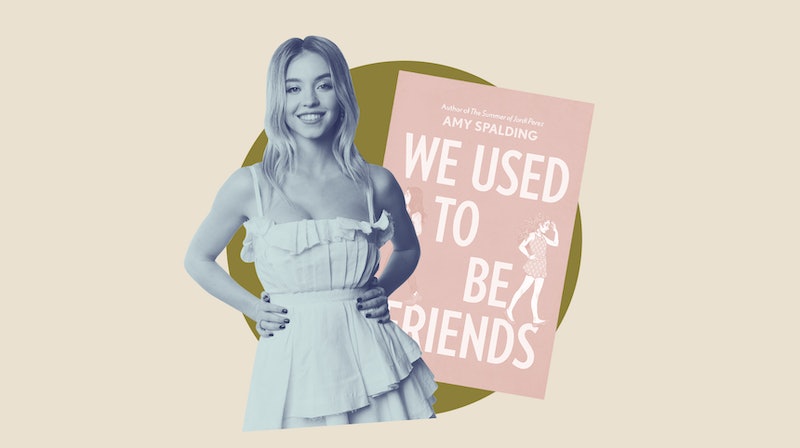 This week marked the third installment of Sydney Sweeney's new book club partnership with Bustle. Sweeney went live on Instagram to discuss the next three chapters of Amy Spalding's YA novel, We Used to Be Friends — and we're finally starting to figure out what went wrong between James and Kat.

During last week's conversation, things had started heating up between Kat and Quinn. By this section of the book, the two are in a full-on relationship. And as Kat and Quinn get hot and heavy, Kat starts having less time for her BFF James.

Kat and James plan a trip to Disneyland (one of their favorite places of all-time) so they can have some time to bond and get their friendship back on track. But when James meets up with Kat to head to the theme park, she learns Kat's brought Quinn — without getting James' permission first.

Things only escalate from there. After a bumpy day on the rollercoasters, James discovers that Kat not only still follows Logan on Instagram, but the two are still in touch. While it's not the final nail in the coffin of their friendship, it's definitely a clue as to why the two formerly inseparable girls fade from each other's lives.

With only four chapters left in the book, there are still so many unanswered questions. Will Kat and Quinn be prom queens? Is James ever going to tell Kat that her parents split up? To find out, make sure to follow Sydney Sweeney on Instagram here and join in on the conversation next Thursday at 1 p.m. PT / 4 p.m. ET for the final installment. You can now watch the episodes Bustle's IGTV.