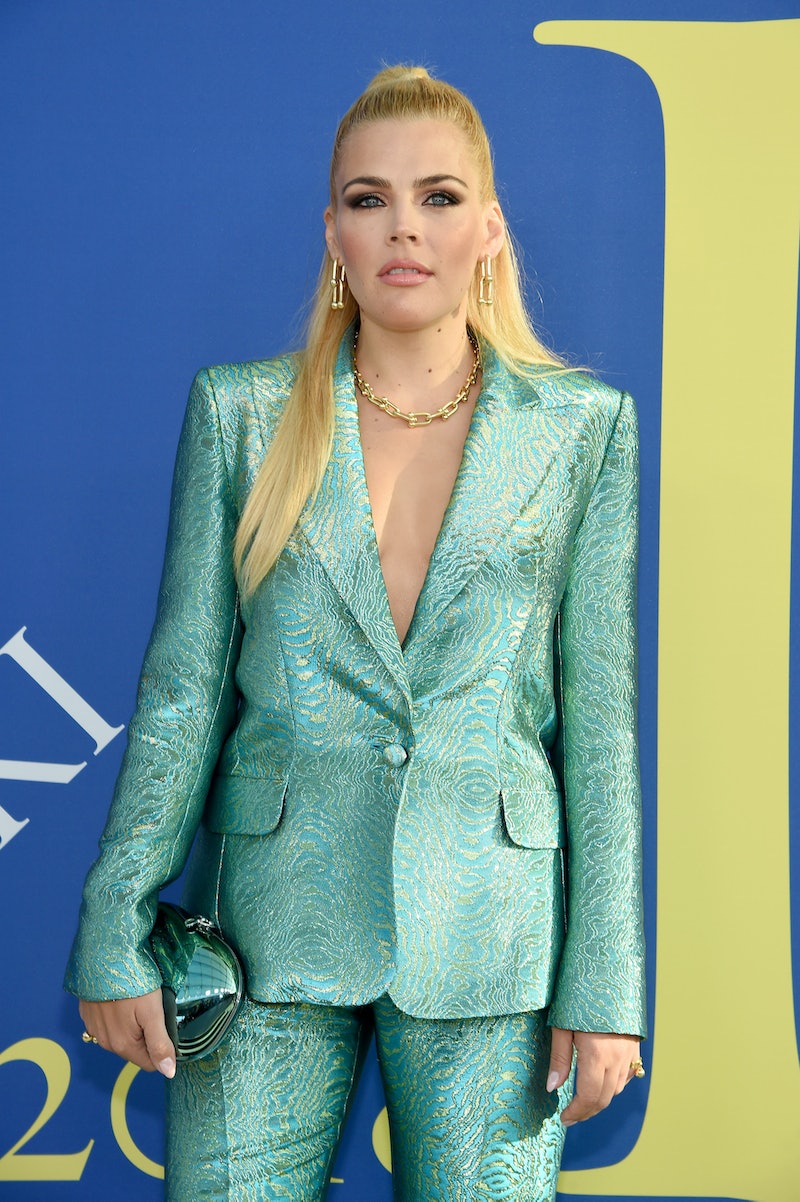 Almost a week ago, Dr. Christine Blasey Ford stood her ground while testifying against Brett Kavanaugh during an emotional Senate Judiciary Committee hearing. (Kavanaugh has repeatedly denied Ford's allegations.) Now, Busy Philipps' latest comments on Dr. Ford's testimony — and how it empowered the actor to speak her own truth — seem to underscore the importance of speaking up about experiences with sexual assault and abuse. Or at least, having the option to do so.

Of course, each situation is different, so that's not to say that everyone who's experienced something like this should or shouldn't speak up, since that's ultimately up to each person and what makes the most sense to them. That said, more than anything, Philipps' new comments highlight how important it is that individuals are given the space to talk about their experiences with sexual assault and abuse in the first place, if that is what they want to do.

During an appearance on The Ellen DeGeneres Show on Wednesday, Oct. 3, Philipps spoke at length about her initial reaction to Dr. Ford's testimony, and how Ford acted as a sort of guiding light for her to eventually share her own sexual assault experience via an Instagram post later that day. Detailing her thought process, Philipps told Ellen DeGeneres,

"I was so moved by [Dr. Ford's] bravery. It wasn't something that I felt like I was ever going to blast out on social media. But when I saw her standing there, speaking her truth after 30 years, I was like, 'It's been 25 for me. I can do this. We can all do this.'"

Last Thursday, following Dr. Ford's testimony before the Senate Judiciary Committee, Philipps shared the following post to Instagram, alongside a photo of her as a young teenager:

"This is me at 14. The age I was raped. It's taken me 25 years to say those words. I wrote about it in my book. I finally told my parents and sister about it 4 months ago. Today is the day we are silent no more. All of us. I'm scared to post this. I can't imagine what Dr. Ford is feeling right now."

During her Ellen appearance, Philipps explained that she felt a sort of solidarity to Dr. Ford after hearing her testimony. "I feel like it's a real moment of reckoning for women, that we have sort of collectively carried this burden for so long," she said, before adding, "And it's time to share it."

In addition to sharing part of her story via Instagram, Philipps will talk more about those experiences in her upcoming memoir, This Will Only Hurt A Little, set for an Oct. 16 release. Speaking to DeGeneres about the book and its messaging, Philipps — who has two daughters — highlighted the critical need for change when it comes to society's general handling of (and discussions about) issues related to sexual assault. "We can do better for our kids and the next generation," she said, "and we will."

In furthering Philipps' empowering statement, DeGeneres shared an important solidarity message of her own. The host spoke about her past confrontations with sexual assault and offered some words of wisdom for women and young girls who might have experienced the same thing. "I was 15 and I had something happen to me," said DeGeneres, adding, "You just get so angry when someone doesn't believe you, or [asks], 'Why did you wait so long?'"

Formulating her own response to that last question, DeGeneres spoke plainly:

"It's because we're girls and we're taught not to say anything and go along with it."

As for how to even begin to go about changing that? "This conversation needs to happen more," DeGeneres said. And that seems to pretty succinctly sum up the crux of what both Philipps and DeGeneres were getting at. If young people aren't taught that it's OK to talk about their experiences with sexual assault — and that they won't be vilified, questioned, or otherwise disrespected when they do — then history shows they probably aren't going to.

Let's hope, as more and more women like Philipps and DeGeneres and Dr. Ford feel comfortable speaking openly about their own experiences, that dangerous trend will continue to change.