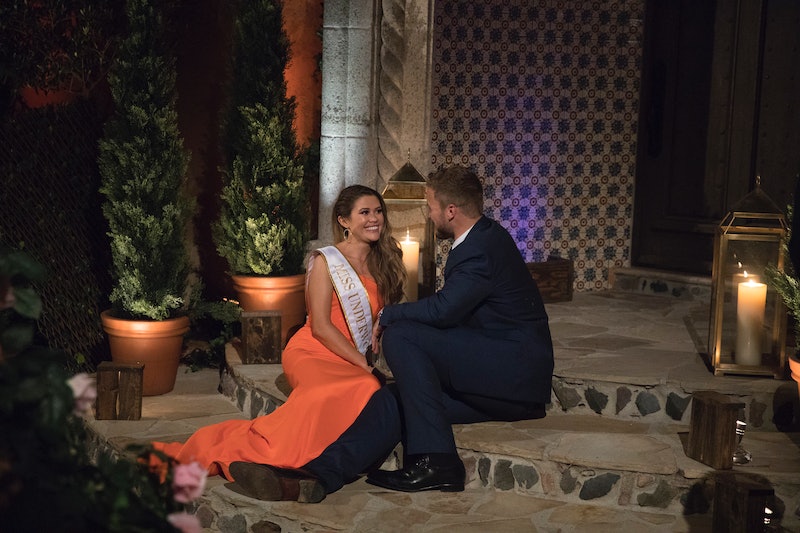 As usual, this season’s Bachelor contestants have a wide variety of backgrounds, especially in terms of their career choices. There’s a model, phlebotomist, caterer, and even a hip-hop DJ who all have one ultimate mission — to capture the heart of retired NFL player Colton Underwood. But, contestant Caelynn’s former job as Miss North Carolina USA 2018 might make her the most well-known out of the bunch.

According to the News & Observer, Caelynn Miller-Keyes is an Asheville, NC native with a degree in broadcast journalism from Virginia Commonwealth University. The current Charlotte, NC resident was crowned Miss North Carolina USA (not to be confused with the Miss North Carolina pageant) back in October 2017 and placed as the first-runner up in the Miss USA pageant in May 2018. Caelynn gained notoriety for her advocacy for sexual assault victims, which is a topic that has affected her life on a personal level.

As Miss North Carolina USA, Caelynn traveled extensively to attend dozens of events and participate in charity work throughout her reign, per the organization’s website, as well as prepare for the big Miss USA pageant in 2018. Caelynn's Instagram page documents some of her journey as Miss North Carolina USA as well as her road to the Miss USA competition, but now she’s all about promoting her upcoming appearance on The Bachelor.

Of course, she arrived at the Bachelor house in grand fashion with a pageant sash that read “Miss Underwood” because that’s what you do when you are a beauty queen. She'll stand out from the crowd because of her career path, but it never hurts to bring a flair of drama, right?

Her appearance on The Bachelor stirred up some controversy because, according to Life & Style Magazine, filming caused her to miss the Miss North Carolina USA ceremony in October 2018. Traditionally, the current titleholder attends the big event and formally hands over her crown (and all the responsibilities) to the next person. Passing the proverbial torch is a big deal in the pageant circle, so it caused waves when Caelynn was the first North Carolina titleholder to miss the important ceremony. The response caused her to back away from social media for a while, but now she’s obviously back and ready to document her journey towards finding love.

Now that she’s done with her role as Miss NC USA, Caelynn may decide to pursue a journalism career and will likely continue to speak out in support of sexual assault victims. And, surely she will gain some endorsements and, based on her professional Instagram photos, a few modeling opportunities along the way.

Her prominence as a public figure means a ton of eyes will be on her this season, but it remains to be seen if Colton will give her the final rose and a new title as Mrs. Underwood. How far will Caelynn make it this season? Follow this beauty queen’s dream to find her prince charming when The Bachelor premieres on Jan. 7 at 8 p.m. ET.