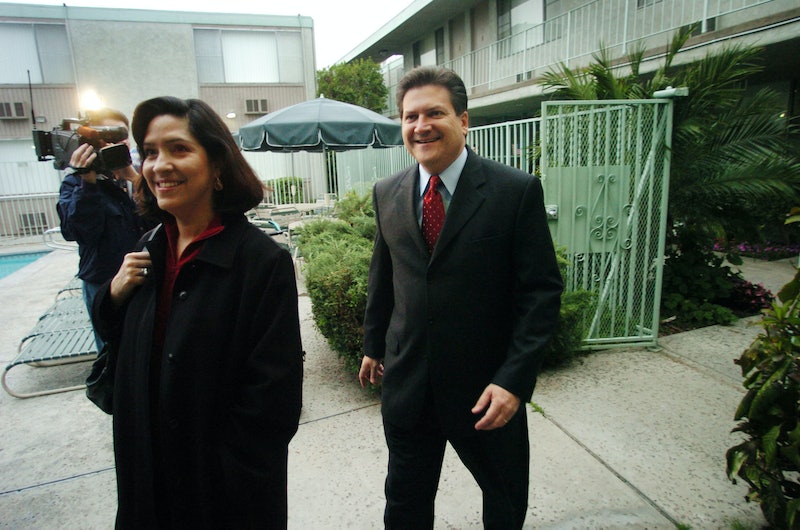 The Associated Press reported Friday that California lawmaker Bob Hertzberg has been ordered to stop hugging co-workers by a congressional committee, after an investigation found that his hugs made several colleagues uncomfortable. The state senator, nicknamed "Huggy Bear" due to his habit of greeting male and female colleagues alike with enthusiastic hugs, won't face any disciplinary action, but has been told by the Senate Rules Committee that he will if he doesn't stop hugging his coworkers.

The committee launched an investigation into Hertzberg's hugs after four of his colleagues filed complaints, dating back to 2010, against his unsolicited hugs. According to its findings, Hertzberg hugged three female lawmakers in a manner that made them feel uncomfortable, and "danced briefly with [his] backside" against a male Sergeant-at-Arms in a way that the Sergeant found "unwelcome and offensive."

"I understand that I cannot control how a hug is received, and that not everyone has the ability to speak up about unwelcome behavior," Hertzberg, also known as "Hugsberg" by some of his colleagues, said in a statement after the committee's findings were released. "It is my responsibility to be mindful of this, and to respect the Rules Committee's request to not initiate hugs."

The committee concluded that Hertzberg didn't intend any of his hugs to be sexual in nature. At least one former colleague of his, however, tells a different story.

In December, former assemblywoman Linda Halderman accused Hertzberg of hugging her several times in a way that she described as "creepy" and "so clearly a sexual thing." She also accused him of continuing to give her these aggressive hugs even after she asked him to stop, and in an op-ed at the Sacramento Bee, described his actions as "sexually aggressive groping." In a statement at the time, Hertzberg didn't confirm or deny any details of Halderman's accusations, but did issue a blanket apology.

“All of my life I have greeted my friends and colleagues with a hug,” Hertzberg said at the time. “My intentions have only been to foster a warm, human connection. I apologize to anyone who may have ever felt uncomfortable, and I will change how I greet people moving forward.”

In that same December report, two other female lawmakers who opted to remain anonymous also accused Hertzberg of hugs that made them feel uncomfortable, although they didn't specifically describe them as sexual in nature. One of them told the Sacramento Bee that she told Hertzberg immediately not to hug her anymore, and that "to his credit, he did not.” The other anonymous legislator said that Hertzberg didn't abide by her requests to stop hugging her until she "blew up" at him over the matter, at which point she says he stopped.

The law firm retained by the committee to carry out the investigation concluded that Herztberg did not continue to hug any coworker who had asked him to stop. It's unclear whether the accusers cited in the committee's investigation are the same who came forward in December, as the complaintants weren't named in the report.

Three California lawmakers, all male Democrats, have resigned in recent months after being accused of sexual misconduct. In addition, a California state assemblywoman is being investigated after several male colleagues accused her of sexually harassing them.