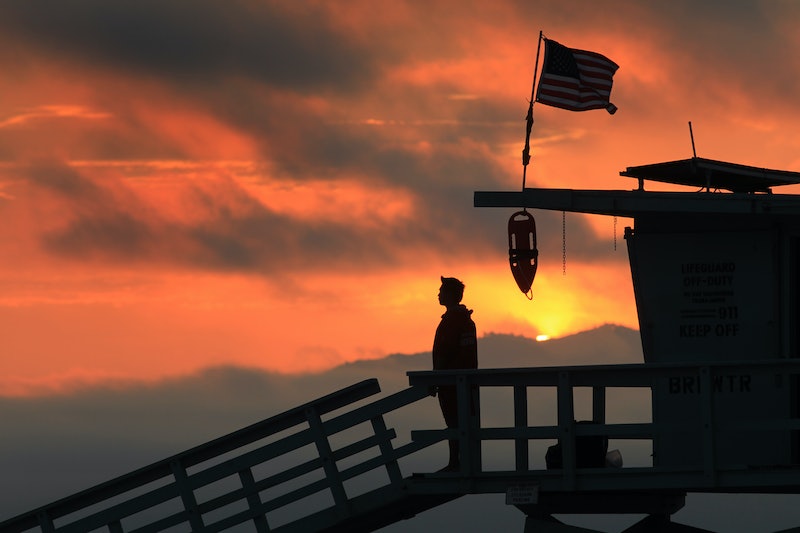 Few things in this life rally people together more than complaining about daylight saving time. There are Reddit threads and Facebook groups and entire websites dedicated to the cause, and as The New York Times reports, Benjamin Franklin is commonly cited as the first to (satirically) suggest a version of daylight saving time (DST) as a solution to burn fewer candles. Yesterday, during historic midterm elections that saw great gains for progressive candidates, California voters also decided that it’s time (no pun intended) to quit resetting their clocks biannually — Proposition 7, the first step toward a permanent year-round daylight saving time, was approved.

For some context, the time we are currently in, aka, the dark, sad time, is standard time. This means that, should this proposition take effect, Californians would share a time zone with the rest of the West Coast only over the summer. The rest of the year, while we languish in darkness starting around 4 p.m., it would remain sunny in California.

Nearly 60 percent of the voters were against setting their clocks back an hour during the winter months, preferring year-round later sunrises and sunsets instead (which I guess wouldn't be later at that point). According to ABC13, supporters of Proposition 7 argued that changing clocks twice a year is hazardous to personal and public safety, citing increases in workplace injuries, car accidents, and even heart attacks in the days after people lose an hour from DST.

The act still needs a two-thirds vote from the state Legislature and a change in federal law in order to take effect, so this doesn’t mean any immediate changes just yet.

The United States introduced DST in 1918 during war-time rationing efforts to conserve energy by diminishing the use of fuel for lighting and heating, according to the History Channel. Despite the pervasive myth that farmers desired the practice, in a cruel twist of fate, they actually actively lobbied against it; farmers rise with the sun and their animals, and the hour change disrupted this schedule.

In case you thought DST is a national phenomenon, I am here to remind you that it isn’t: Hawaii and Arizona (with the exception of the Navajo Nation) do not partake, and U.S. territories including Puerto Rico and the Virgin Islands also remain on standard time year-round. Some Amish communities also choose to abstain from the practice, and Indiana only began observing DST in 2006.

While the idea of doing away with DST entirely sounds appealing, imagine living in a Proposition 7-approved world, some time in the future: That precious hour of sleep in the spring would be gone out of your life, forever a fond, distant memory. I’m fairly certain this is the one that got away that Katy Perry was crooning about in her 2010 bop.

But, what about saving energy, another commonly cited reason for adopting DST? Actually, a study of homes in Indiana, which, again, adopted DST only in 2006, showed that the savings from electricity use were rendered negligible by additional use of air conditioning and heat. And what about the children who get more sunlight to play in during those cold, dark winters (a reason supporters of Proposition 7 mentioned)? To that I say, what about the mental effects of waking up in that dreaded morning darkness due to staying on DST all throughout winter? As CBS News reports, for people who experience seasonal affective disorder (SAD), shorter days and longer nights that accompany this time of year can "exacerbate the condition."

To conclude, I come back to Hawaii, a state that has never observed daylight saving time once and was ranked as the happiest state in the country this year. Clearly, this must be a sign that we should all learn from Hawaii and leave this relic behind us. While Prop 7 may have been approved, the next question this leaves us with is, well, why?