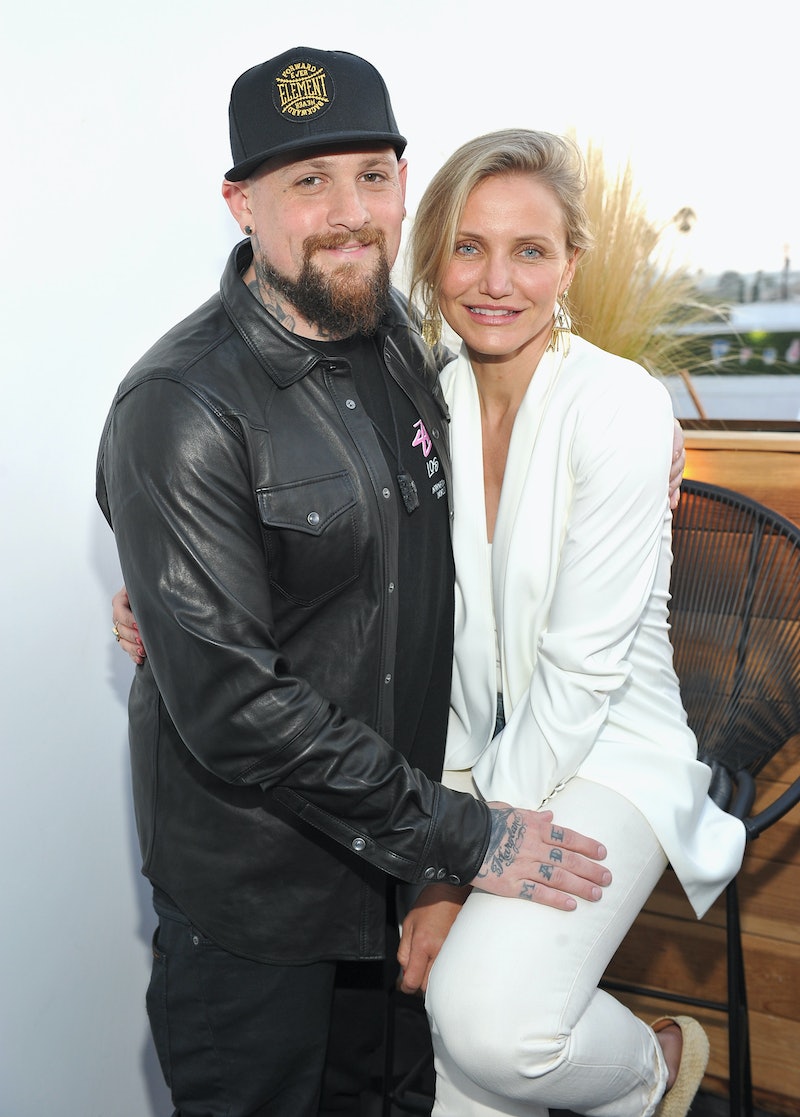 After secretly welcoming her first child with Benji Madden sometime in late December 2019, Cameron Diaz is discussing being a new mom while in quarantine. According to People, Diaz spoke about motherhood during an April 14 Instagram Live with Who What Wear CEO Katherine Power. She opened up about how being a mom has changed her. And, it turns out, being a new mom is a lot like being in quarantine.

"I’ve kinda been living a quarantine life anyhow because I have a three-month-old, or a three-and-a-half-month old," she said. "So my life has been completely quiet and still for the last few months." Diaz said the only big difference is that friends just don't come over now because of the current stay-at-home order that have been ordered in most cities across the country, including Los Angeles. Staying home and not seeing loved ones in person can be difficult, but the actor welcomes the quarantine-lifestyle. "But it’s nice, and I love a bubble, I love being in the womb of my home with my husband and cooking," she said, adding that it helps to stay present during this time of uncertainty.

Diaz has kept herself out of the spotlight for years, so fans were shocked when she first revealed she and Madden had welcomed a daughter named Raddix in January. At the time she made it clear their privacy was of the utmost importance, and even more so since becoming first-time parents. She also said that they wouldn't be sharing anymore details or photos of Raddix.

Diaz kept true to her word during the Instagram Live, though she did reveal a few new details. The actor called being a mom the "best part of my life," before gushing, "I’m so, so grateful and so happy and it’s the best thing ever and I’m so lucky to get to do it with Benji and we're just having the best time." She even referred to the former Good Charlotte singer as "an amazing father."