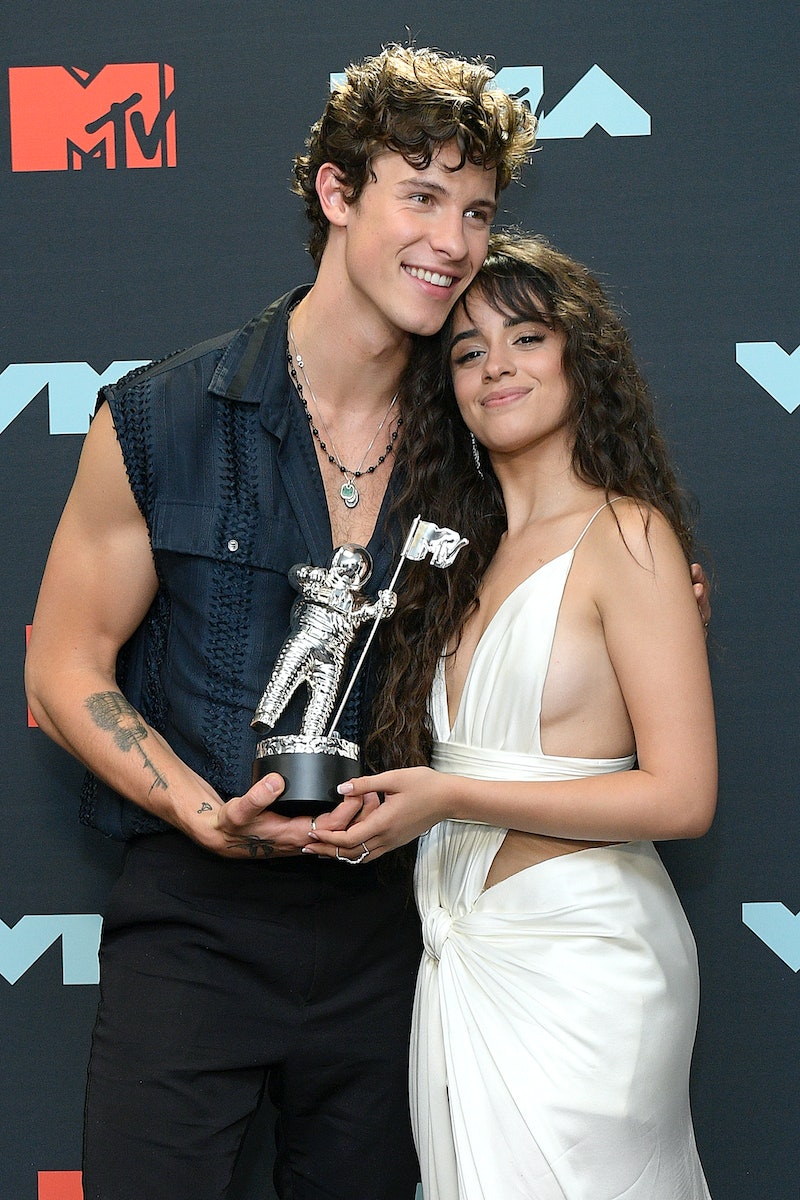 Fans have been wanting to see these two kiss for a long time now, and, well, they kind of got what they asked for. Shawn Mendes and Camila Cabello posted a kissing video on Instagram on Sept. 12. If you haven't seen the video yet, prepare yourself, because it's definitely not for the faint of heart.

On Thursday, the new celebrity couple took to Instagram as a way to hit back at the haters complaining that they kiss like fish. So, the "Señorita" singers took matters into their own hands and posted quite the video of them kissing one another. Mendes said at the beginning of the clip, "So we saw on Twitter and stuff you guys saying stuff about the way were kissing and how it looks weird, like we kiss like fish." Cabello added, "It really hurt our feelings." Mendes continued, "So we just want to show you how we really kiss."

Then, they both just really went for it with them pretending to kiss horribly. There was a lot of tongue involved, but the key word here is "pretending." Yes, the video is awkward to watch, but that's the point. The singers were sending a message to trolls that they don't care about anyone's ridiculous and negative thoughts.

If you haven't seen the video yet, here it is. Again, prepare yourself.

As for people saying they kiss like fish, it appears they were responding to photos and videos of the couple kissing in San Francisco, which were shared around the same time the following tweets were posted in July.

Here are just a few examples of the fish comments:

That said, Mendes and Cabello's joke has gone over some people's heads. There have been strong reactions on Twitter ever since their video went live. Some people understand they were joking, but they will never be able to unsee the kiss. Then, there are other people who just found it beyond disgusting and don't think they should've posted the video. There are also others who don't seem to realize they were hitting back at haters. There are even some Cabello and Mendes fans supporting them in their decision, especially since they were facing so much criticism for the way they kiss.

You can read some of the Twitter reactions here:

Some Can't Unsee It

The fish trolls won't be stopped.

Somewhat of an accurate portrayal.

This person doesn't know who they are and wants to keep it like that.

Their supporters have spoken.

And people wonder why some celebrity couples keep their personal lives private. Like Cabello told ELLE for its October issue about her relationship with Mendes, "They can speculate, but at the same time, we are going to live our own lives, enjoy it, and fall for each other like nobody is watching. That is how I want to live. I never want to open the door for people to feel like they are involved. Like I said, I want it to be mine and [his]. That's why I’m so tight-lipped about it: because I want to protect it."

If you don't want to see anymore videos of Cabello and Mendes kissing like that, then it's probably best to stop criticizing them. Remember, they aren't just celebs, but also human beings who seem really happy together and trying to live their best lives.