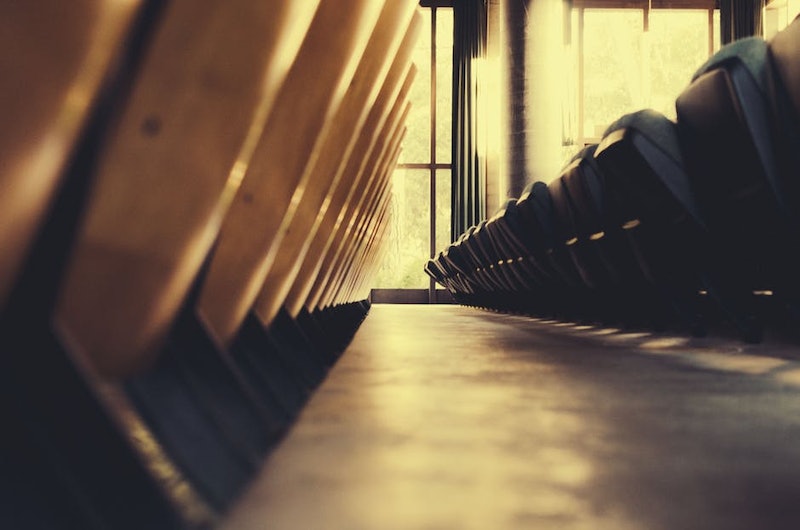 In extremely worrying news, studies led by the University of Pittsburgh Graduate School of Public Health and published in the Journal of Interpersonal Violence have found that campus sexual assault disproportionately affects minority groups more than other demographics in college. Research found that there was a considerably higher risk for sexual assault in college for both people of color and transgender groups and the results makes for pretty sobering reading.

Unfortunately, this isn't the first time studies have illustrated that people of color need added protection against crimes of sexual assault: 41 to 61 percent of Asian women reported experiencing physical and/or sexual violence by an intimate partner during their lifetime, according to one study examining violence against Asian women in Boston back in 2002. But more recently, One Black Women’s Blueprint study found that 60 percent of black women had been sexually abused by the time they turned 18, and according to according to the National Crime Victimization Survey (Bureau of Justice Statistics, 2004), one in six Hispanic women ages 13 and older are victims of rape, attempted rape, or sexual assault. And when it comes to those who identify as transgender, government stats show that a shocking one in two will be victims of some type of sexual assault in their lifetimes.

But what makes campuses — a supposed safe space of inclusivity and supposed protection — an area of even higher risk? Let's take a look at the research.

So, two studies were carried out by Pitt Public Health's Department of Behavioral and Community Health Sciences doctoral candidate Robert Coulter and his team. The first examined US college survey results from 2,000 sexual- and gender-minority undergraduates across all 50 U.S. states. They found that students who perceived their campus as being more accepting of minority students actually did have less chance of being victims of sexual assault — so that's good. In fact, those students were 27 percent less likely to be sexually assaulted than students who viewed their campus as less inclusive. However, it should be noted that this study does not show a direct cause and effect between the two figures; it only accounts for correlation, as The Daily Free Press points out.

Commenting on this study, Coulter said, "What is particularly unique about this analysis, aside from being one of the largest studies to examine sexual assault on college campuses, is that it provided insights into how sexual assault varies among populations with multiple and intersecting marginalized identities — such as being both transgender and black."

He also emphasized that it was important schools created an inclusive culture, as this could offer protection against the most vulnerable students. “One of the important ways is to make sure that they have anti-discrimination policies that enumerate sexual minorities and gender minorities as protected classes in these anti-discrimination policies," he wrote. "Additionally, having LGBT student groups and LGBT resource centers might be really helpful in preventing these kinds of problems and creating more inclusive campus climates."

But with conservative groups helping one Pennsylvania student sue his school district over his schools' inclusive transgender policies and news that white women are less likely to help black female sexual assault victims, perhaps we're going to need more drastic measures in place to undo the detrimental effect unconscious bias and prejudice is wreaking in our schools and campuses.