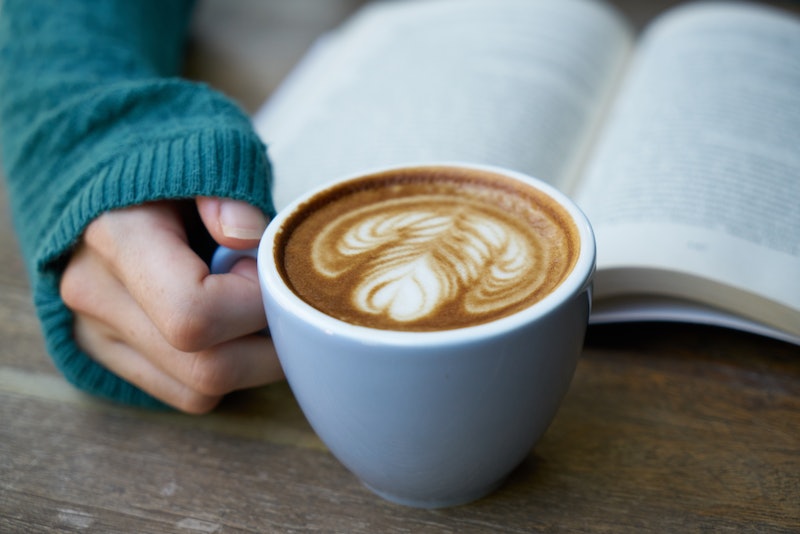 Coffee is the lifeblood of many a college student. My body was mostly hazelnut lattes by the time I graduated from school. Unfortunately, this kind of caffeine habit might be inhibiting your grades more than helping as a new study suggests coffee consumption could affect your GPA.

The study, as reported by USA Today, comes from Best Mattress Brand (affiliated with Astrabeds and Amerisleep) and looks the correlation between sleep, caffeine, and students’ grades. Researchers surveyed over 1000 college students, asking questions about how much coffee they drink each day, how much sleep they get each night, and what their area of study and current GPA is.

The results? Students who drank one cup of coffee daily had an average GPA of 3.41; those who drank two cups averaged a 3.39; three and four cups a day, 3.38; a daily five or more cups, 3.28. Students who didn’t drink any coffee had the highest average GPA at 3.43.

“Drinking coffee can provide an immediate rush of energy to make it to early classes or stay awake late enough to hit the books, but the craving for a boost may be more harmful than we realize,” the press release from Best Mattress Brand states. Additionally, the survey found students across all majors were getting an average of about six hours of sleep per night. Visual and performing arts majors got the least sleep, averaging about 5.6 hours. Education, humanities, and social sciences majors got the most at a whopping 6.1 hours of sleep each night.

“If one is a daily consumer of caffeine or feels like they can’t function without it, that’s a time to take a big step back and look at what is the quality of sleep and quantity of sleep,” said Jeffrey Ellenbogen, assistant professor of neurology, sleep medicine at Johns Hopkins University in an interview with USA Today. Best Mattress Brand's new study also found that 50 percent of male students and 38 percent of female students report having fallen asleep in class. “This type of sleep may be negatively affecting men’s grades, as women performed better than men, with an average GPA nearly 2.1 percent higher,” the press release states.

Previous research has also found more than a few ways caffeine could be affecting your health. As it is a stimulant, caffeine can increase anxious feelings in those prone to anxiety. Some research suggests it could also affect your bone health, fat storage, and blood pressure. But don’t dump out your morning cup of joe just yet.

Alternatively, caffeine has also been linked to certain health benefits. In addition to boosting performance and metabolism, modest coffee consumption can also improve brain health and lower a person’s risk of diabetes. Basically, like with most things that are delicious, moderation is key.

The real secret to staying awake? Getting enough sleep in the first place. The National Sleep Foundation recommends between seven and nine hours each night for young adults. So, perhaps it’s best to stick to a regular bedtime. And what’s the consensus on coffee? No need to toss that full travel mug out entirely, but maybe just stick to one cup a day.