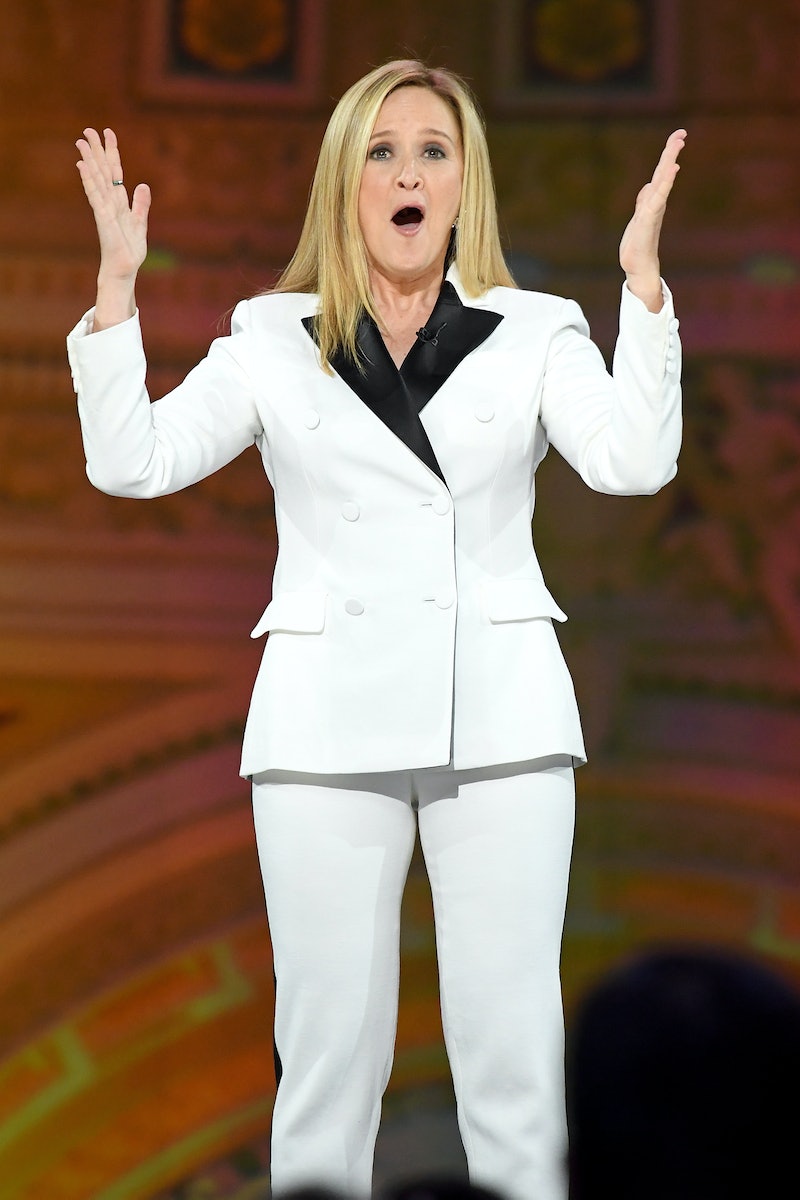 Alec Baldwin graced the cover of the May issue of The Atlantic for one key reason — he's one of the only people in America that can get under President Donald Trump's skin. His portrayals of Trump on Saturday Night Live (SNL) have become the seasoned comedian's latest calling card, and the cover's timing was perfect. This weekend's annual White House Correspondent's Dinner (WHCD), perhaps the only time of the year when Washington, D.C. fully lets loose, has long used laughs to cut through tense political climates. But now more than ever, a big question looms: can comedy change people's minds about politics?

President Trump is skipping D.C.'s fabled "nerd prom." This is the first time that a president has declined an invitation to the event since 1981, when President Reagan instead phoned in some remarks as he was recovering from an assassination attempt.

That isn't entirely surprising, though. The dinner is usually a no-holds barred roast of the government and its chief operator, the president. Trump, as evidenced by his enraged SNL tweets, doesn't take too kindly to being the butt of a joke. In fact, some partially credit President Obama's jokes at the 2011 WHCA Dinner as Trump's impetus to run for president in the first place.

So with the president bailing and the usual cadre of glitzy celebrities significantly reduced, this year's nerd prom could, perhaps, be overshadowed by an event hosted by Full Frontal's very own Samantha Bee. Her own antidote to the WHCD, a same-day event aptly named Not The White House Correspondents Dinner, was a humorous clapback to the actual dinner — and it's attracting plenty of comedians who have no problem letting loose on the president.

Bee's event, however, is easy to be optimistic about. Hollywood is largely known as friendly to liberal-leaning attitudes, so it isn't like they're addressing people who don't already agree with them. But at a time when it seems that comedy just might not be the solution anymore, the figures on the red carpet seemed more optimistic about comedy's role in politics, and its ability to reach new audiences.

At least, that's comedian John Early's take on his job. "My hope is that — and I think this is happening — is that it just seems so infectious and sexy and that people in the middle of nowhere who might feel alienated by Hollywood at some point are like, 'Well, that does look like fun to have that attitude about this whole thing, and maybe I'll shift,'" Early tells Bustle from the red carpet at Bee's event.

While comedy has long been a tool for protest and relief in tumultuous times, prominent comedians have noted the challenge in finding the absurdity in a political climate that's already so absurd. Much of the humor put out in the past year — from Trump's rise as candidate all the way to his elevation to the White House — has focused on deriding the administration, but it's also been at the expense of conservatives. Can comedy — particularly political comedy — then, be wielded as a tool for bridging the ideological gap between liberals and conservatives? Or, at the very least, can it change the way we talk about politics?

CNN's Van Jones is less hopeful about comedy's ability to cross party lines, but he does believe that it could help those on the fence.

"Keeping incredible perspective alive for people who might be still trying to make up their minds, I think it could be very effective," he tells Bustle. "Listen, some people are going to be for the Democrats no matter what the Democrats do, and some people are going to be for the Republicans no matter what they do. But you still have a bunch in the middle, and they can be persuaded not just by people who are famous, but people who have a platform and are using it well."

Perhaps comedy's role is less about changing people's wholehearted beliefs than it is about making incremental progress in our discourse.

More like this
Are John Legend & Kanye West Still Friends? The Singer’s Latest Update Is Candid
By Brad Witter
Christina Aguilera Took A Powerful Stand At Brighton Pride
By Sam Ramsden
'Scream’s Courteney Cox Has Broken A Major Horror Record
By Sophie McEvoy
Khloé Kardashian Is Reportedly Dating A Private Equity Investor She Met Through Kim
By Jordyn Tilchen
Get Even More From Bustle — Sign Up For The Newsletter