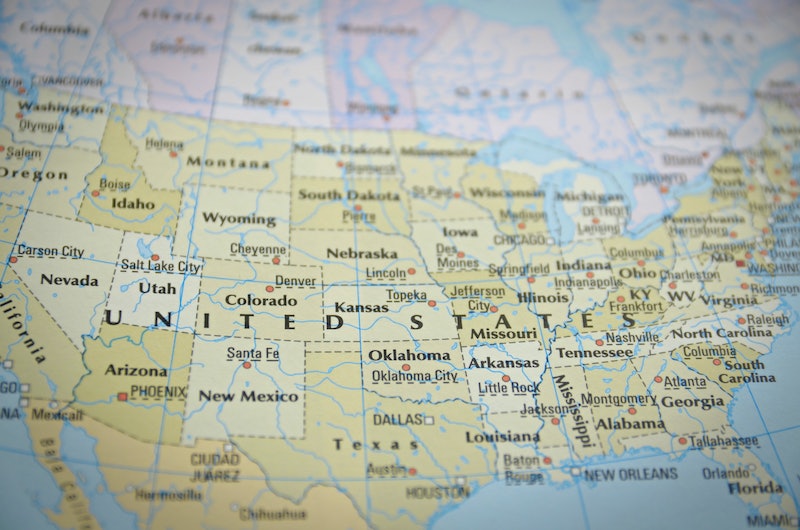 Let’s say you buy a bottle of CBD capsules at a store in Spokane, Washington, and then drive over to see some friends in Idaho. If you run out of them while on vacation and try to buy more in Boise, you’ll probably run into a huge road block. State laws on CBD show not every part of the country is on board with the cannabis compound, even though it doesn’t get you high.

Most CBD comes from hemp, which has only trace amounts of THC (that’s the compound that does get you high). Federal law is relatively clear when it comes to hemp, thanks to legislation passed late last year. The 2018 farm bill expanded legal protection for hemp and hemp farmers nationwide, meaning that technically, CBD derived from hemp should be legal at the federal level as long as it meets the requirements laid out in the bill. While this federal guideline exists, some states do have laws against CBD.

“CBD is undoubtedly not legal in all 50 states,” says Lauren Rudick, co-founder of the cannabis practice at law firm Hiller, PC. “It’s unfortunate that there is such widespread misinformation regarding the legality of CBD.”

What Should I Know First?

“States can regulate CBD, but they may not criminalize it,” says Rod Kight, a cannabis attorney who represents businesses both in the United States and internationally. According to Kight, states that outlaw CBD are in the wrong. “Hemp-derived CBD is federally lawful.”

But even though hemp is federally legal, some states don’t differentiate between hemp and marijuana when writing their drug laws. When it comes to CBD, “we see a lot of missteps and seizures and criminal action,” says David Wunderlich, a cannabis attorney at law firm McAllister Garfield, which practices in California, Colorado, Oregon, and Michigan. “It’s a lot of work trying to figure out how every state treats this.”

Even researching CBD legality online will turn up confusing results. Marijuana advocacy organization NORML offers a state-by-state map of cannabis legality that can help you make sense of it all.

Which States Are Against CBD?

CBD is considered a controlled substance in Nebraska, and police have even arrested CBD shop owners there, though the charges were later dropped. In South Dakota, Republican Gov. Kristi Noem has openly spoken out against CBD, saying that she’d consider legalization only once the U.S. Food and Drug Administration (FDA) begins regulating it. And in Idaho, the state attorney general’s office considers CBD products that have any trace of THC to be illegal, controlled substances.

There have also been incidents where states that didn’t explicitly outlaw CBD punished sellers. Officials in Ohio raided CBD shops and seized products from shelves in February, according to The Cincinnati Enquirer. Later that same month, police in Sarasota, Florida, announced plans to crack down on CBD.

Even states that allow CBD have placed restrictions on certain products containing the compound. In places like Maine, California, and New York City, CBD is legal, yet restaurants and some stores have been told they are not allowed to sell CBD food products. However, the FDA recently announced that it has created a working group to “explore potential pathways for dietary supplements and/or conventional foods containing CBD to be lawfully marketed.”

People have been arrested for CBD sales and possession in recent years, so both Wunderlich and Kight recommend avoiding CBD if you live in a state that has strict cannabis laws, such as Idaho. Until the federal government provides more clarification, checking your local laws first is your best bet if you want to buy CBD.