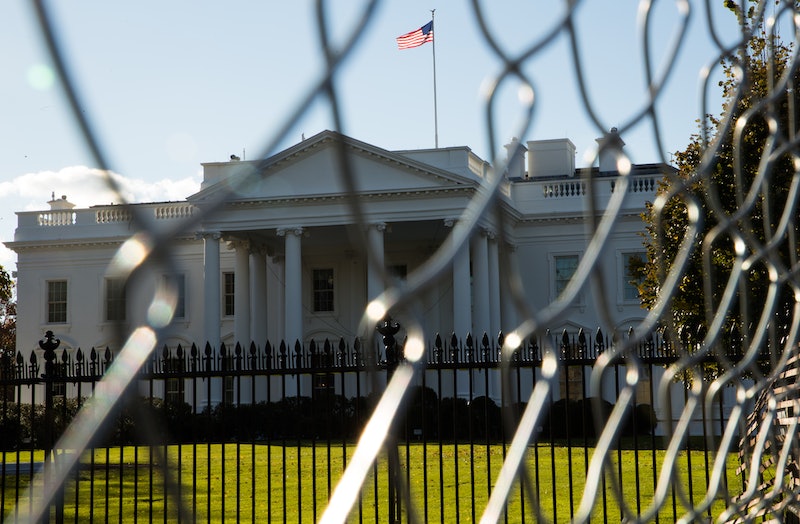 The American government has partially shut down, with President Trump refusing to sign any funding bill that doesn't include money for a border wall and Congressional Democrats refusing to provide such funding. As a result, much of the federal government is such down — but not all of it. Amidst all of the chaos and confusion, you may be wondering if you can get married during the government shutdown.

The answer is: Yes, you can — but not in Washington D.C.

Unlike most courts, the District of Columbia's local courts are funded by the federal government. Like all federal funds, this money has to be approved by Congress — but Congress hasn't passed a spending bill, hence the partial government shutdown.

As a result, D.C. courts have implemented a shutdown plan in which its operations are "limited to those functions necessary and essential to continue the resolution of cases without interruption." Departments and services deemed non-essential have been shut down until the funding impasse resolves itself, and according to the D.C. court's website, that includes the Marriage Bureau.

BuzzFeed News reports that on Dec. 27, five days into the shutdown, a couple attempted to get married in Washington D.C. but wasn't able to. According to BuzzFeed News, former congressional staffers Danielle Geanacopoulos and Dan Pollock went into the D.C. Superior Court with the goal of getting a marriage certificate, but a greeter told them that the Marriage Bureau isn't open during the shutdown.

The District of Columbia has a unique legal status, being neither a state nor a city within another state, and the federal government places significant limits on the degree to which it can self-govern. Residents didn't have the right to vote in presidential elections until 1961, and they weren't permitted to elect a city council or mayor until 1973, when Congress passed the Home Rule Act.

Although that law afforded the district a wider degree of autonomy than ever before, Washington D.C. still has far less independence than American states or cities. District residents have no voting members in the House of Representatives, only a non-voting delegate, and no representation at all in the Senate. Congress and the president have the power to nullify any laws passed by the D.C. city council, and local D.C. judges are nominated by the president and confirmed by the Senate.

Residents of Washington D.C. who wish to get married during the partial government shutdown aren't entirely out of luck, however. They'll just need to travel to another state to receive their marriage certificate, as state budgets aren't affected by the shutdown impasse. Pollock tells BuzzFeed News that he and Geanacopoulos are considering going to New York to get their marriage license.

Although couples wishing to get married in D.C. are out of luck until the president signs a funding bill, those aiming to get a divorce are in luck: The intake center in Family Court, which handles divorces in the district, is still open with limited staff, according to BuzzFeed News.