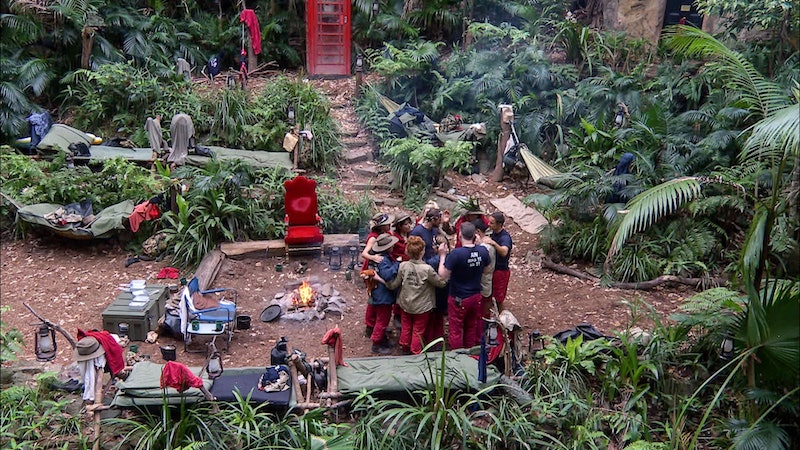 Everyone's favourite jungle-themed reality show is back for its 18th season. And it's only natural to start thinking about your next holiday when faced with weeks of watching other people relax in the glorious sunshine. (OK, so the celebrities don't exactly live in luxury but that doesn't mean you can't.) But can you holiday where I'm A Celebrity is filmed?

Well, that all depends on whether you want to stay in the actual Australian campsite or the decadent hotel the famous faces get to reside in after being voted off. Because the choice really is yours.

Although the first season was filmed in Cairns, every season since has taken place near Murwillumbah in New South Wales, reports the Express. The celebrity campsite is located inside Springbook National Park; a huge rainforest reserve that's full of beautiful landscapes and endangered animal species.

According to the Guardian, the precise location of the camp is a former banana plantation called Dungay Creek. Bushtucker Trials are carried out deeper inside the rainforest for a more authentic feel, I suppose. Although you can't stay at Dungay Creek, you can camp in the same rainforest. Springbrook National Park has one official camping site. The Settlement is able to house tents and campervans and provides toilets, drinking water, and a cooking shelter. Note that there are zero shower facilities.

If you can't face the idea of living similarly to the celebs, you can book a stay at one of Springbrook National Park's other accommodations. All details can be found here. And if you really want to push the boat out, why not opt for the Palazzo Versace Gold Coast hotel? This five star abode was designed by Gianni Versace himself and is where the evicted celebrities are sent to recover.

Regarded as the world's first fashion-branded hotel, it boasts 200 rooms and suites, a gorgeous spa, a private marina, and a couple of award-winning restaurants. No big deal, really. The Telegraph reports that rooms start from £278 per night, but prices will vary depending on the time of year.

The new series of I'm A Celebrity marks the first time that beloved presenting duo Ant and Dec have parted. Holly Willoughby is set to temporarily replace Ant McPartlin while he continues his recovery. McPartlin admitted to becoming addicted to prescription painkillers in 2017 and spent time in rehab, giving up all of his TV duties until further notice.

"We've spoken and [Ant's] happy — he was part of the decision that I'd do it," Willoughby told the Express of her new role. "He just needs to look after himself, that's the most important thing. He knows I'll look after the show and keep it warm for him."

The official line-up hasn't yet been confirmed but several celebrities have been spotted touching down in Australia. As the Evening Standard reports, DIY SOS presenter Nick Knowles, Hollyoaks' Malique Thompson-Dwyer, former football manager Harry Redknapp, and former X Factor star Fleur East are all believed to have signed up.

More like this
This 'Bridgerton' Polin x 'Love Island' Crossover Is Everything
By Darshita Goyal
Fred Sirieix's Net Worth Is *Très* Magnifique
By Sam Ramsden
Vick Hope Had A Very Relatable Reason For Turning Calvin Harris Down
By Sophie McEvoy
The Love Island 2022 Reunion Drama, Explained
By Sophie McEvoy
Get The Very Best Of Bustle/UK