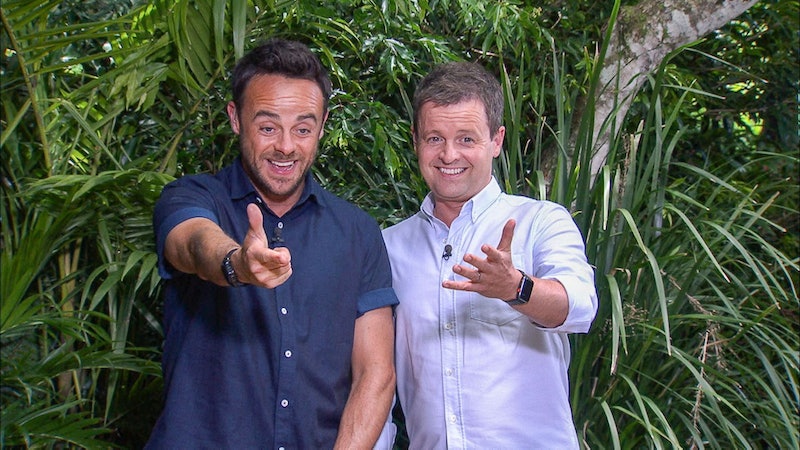 Go to Australia they said. Get a bit of sun they said. Raise your profile they said. What they probably didn't mention to contestants though was that they just might be sharing a camp with the last creepy crawly thing you would expect in the jungle. Yes, the I'm A Celebrity camp has reportedly been invaded by blood-sucking leeches. Ugh basically the least sexy, most vampiric of creatures.

Yes, Edward Cullen this is not. No this is a particular species of uber-gross, snot-like creatures who are hungry AF for your blood. Yikes. But guys, real talk could you actually imagine? The Sun is reporting that owing to some pretty cray cray rain of late, the camp has been flooded and thus turned into a perfect little breeding land for these gross AF beasts.

I've reached out to a representative of the show for comment on the leech sitch and will update you as soon as I hear back. The weather forecast on location also appears to be fairly grim-bags for the upcoming weeks. And I bet they have used so much of their luggage allowance on suncream and aftersun. Devved. Rain is an issue almost every season, with contestants fighting to save their belongings, and avoid getting trench foot.

According to ABC News, leeches have a history of being used for blood letting and other medicinal purposes through the ages, and have even made a bit of a comeback of late. Yeah it looks like recent studies have found that a little bit of leech love can be more effective than an anti-inflammatory. Yeeeeurgh I think I will just pop an ibuprofen thanks.

I guess this is Australia though, so leeches are like the least of their worries. Luckily sharks have not evolved to walk on land (yet) but guys this is a country where literally everything is trying to kill you. To quote the great Bill Bryson in his book about Australia, "It has more things that will kill you than anywhere else. Five of its creatures-the funnel web spider, box jellyfish, blue ringed octopus, paralysis tick, and the stonefish- are the most lethal of their type in the world".

So how in the name of gerd to they manage to keep a load of bumbling (and I don't mean the app) celebs safe from all of these murderous creatures? Well, they have a team of actual experts. And let me tell you as a former TV production runner, that is a serious relief. The mental image of green around the gills aspiring telly stars pulling snakes out from under camp beds. Grim.

Expert Dr Bob McCarron is charged with not only the health of the contestants but also like, keeping the beasts at bay. And what kind of beasts are we talking? Worse than leeches? Guys they have found a lot of snakes over the years. Like a whole bunch of them. The Mirror reported last year that one lucky exec producer even found a five foot long carpet python on set. Jesus H Christ.

Not sure that it will be any consolation to the contestants but if you ask me, a slew of leeches is better than one slithery snake. Might even help with inflammation, right? Nope.

This article was originally published on November 8, 2018