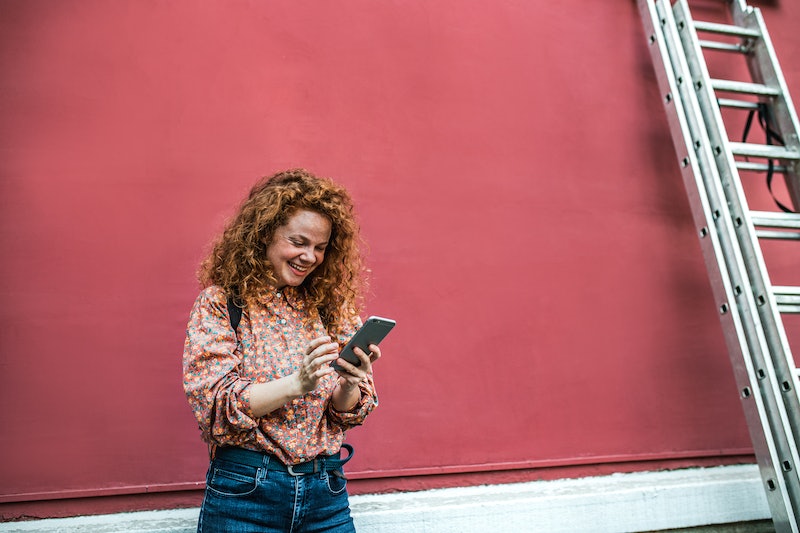 There are pretty much two types of people in the world: those who use Siri all the time on their iPhone, and those who don't at all. And if you love the voice feature tool, you might have wondered in the past whether it's possible to take advantage of Siri without talking out loud in a crowded coffee shop. Yes, you can type questions to Siri, and this knowledge is about to make your life so much easier.

Before doing anything, make sure you've downloaded and installed iOS 11 or later. Then, in order to type questions to Siri rather than say them aloud, all you have to do is toggle on a certain feature in your settings. You go to "Settings," followed by "Accessibility," and then "Siri." From there, you should see the "Text to Siri" option to toggle on. Once you select that option, you can access Siri the same way as usual: by holding down the "Home" button on the right side of your iPhone until Siri appears.

There's another option for texting Siri, though, too. If you slide left on your home screen to reveal the search bar, you can type something in (like a question about the weather, for example), then scroll to the bottom of your options and see a "text Siri" option.

There's only one small catch to all of this: Siri might still talk out loud to you, even if you choose to text over speaking. Though the voice feature tool will also type out the answers in response, you'll likely hear an audio answer in addition unless you turn your phone to silent. So if the whole goal is for you to have a covert conversation with Siri, then you'll have to remember to turn your phone onto silent in addition to turning the "Text to Siri" option on.

Texting to Siri isn't the only great thing that you can do with the voice feature tool. In fact, the latest iPhone software update has another important Siri feature that you might want to know about. IOS 13.2 offers the option for advanced privacy settings with Siri, so that you can choose whether or not you want your Siri interactions to be shared with Apple for analytics and improvements purposes.

Another cool aspect of the Siri feature that has continually been improved upon is the option to change Siri's voice. A new Indian English voice was added in iOS 13, according to Apple; now, there are six accents available for Siri (American, Australian, British, Indian, Irish, South African) and two genders, leaving you with twelve possible options to choose from.

If you want, you can even switch it up from week to week. All you have to do to pick your voice is go to "Settings," then "Siri," then "Siri Voice" to see your options.