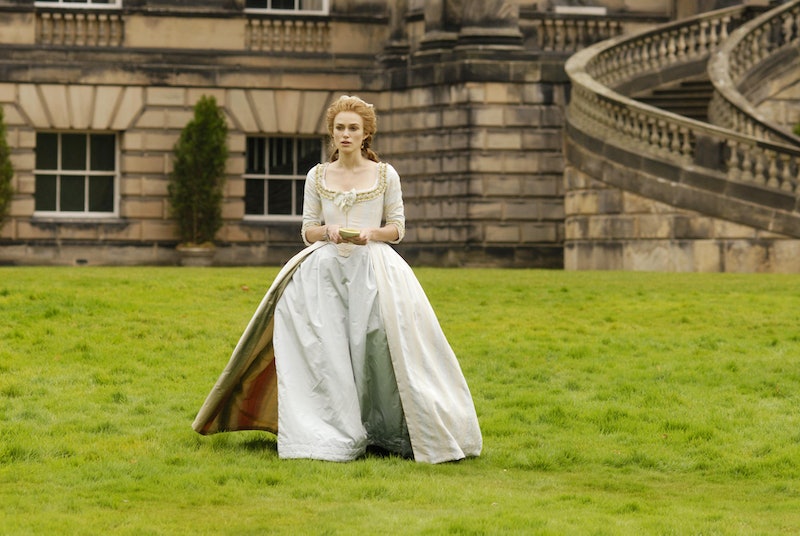 A famous British stately home is set to be the subject of a new Channel 4 documentary starting tonight (Dec. 12), Christmas At Chatsworth. And, owing to the grandeur and historical relevance of this particular location, it's likely viewers will be very keen to make a visit there. So can members of the public visit Chatsworth House?

Well you guys, I can confirm that, yes, Chatsworth House is very much open to the public. Even better, you can pay a visit pretty much any time of year, except for public holidays and various other specific dates, all of which can be found on their website. Ticket prices vary, but seem fairly affordable on the whole. (NB: For those in possession of a coveted National Trust card, unfortunately Chatsworth is not a part of that organisation.)

During Christmas there's an extra special incentive to visit the incredible house as there are often themed events held between November and January. This year, as the website explains, visitors can "Discover lands afar at Chatsworth this Christmas, following in the footsteps of explorers Phileas Fogg and Amelia Earhart." It continues:

"[G]uides will lead you on a festive adventure around the globe as you travel from a Nordic winter wonderland, through blossom trees in Japan, to a baroque Spanish church on the journey of a lifetime."

Sounds pretty epic to me.

If that's not enough to whet your festive appetite, there'll also even be a Christmas Market from Nov. 15 to Dec. 3, 2019, where you can buy your flipping Christmas tree there, among other goodies, and there'll even be decoration making workshops. Check out the website for information about events but booking ahead for these events is an absolute must as it's sure to be a very busy time at the historical country house.

As previously mentioned, the preparation for the 2019 festive period will be shown in a fabulous one-off documentary, Christmas At Chatsworth, on Channel 4 tonight (Dec. 12).

According to their website, Chatsworth House is an historical, Grade 1 listed house built in the 16th century. The Chatsworth House Trust was set up in 1981 to help preserve the building, its extensive art collection, garden, park, and woodlands. You probably recognise it best from being the location for films such as The Duchess, Jane Eyre, and Pride & Prejudice. It's also recently been featured in one of BBC's most beloved drama, Peaky Blinders.