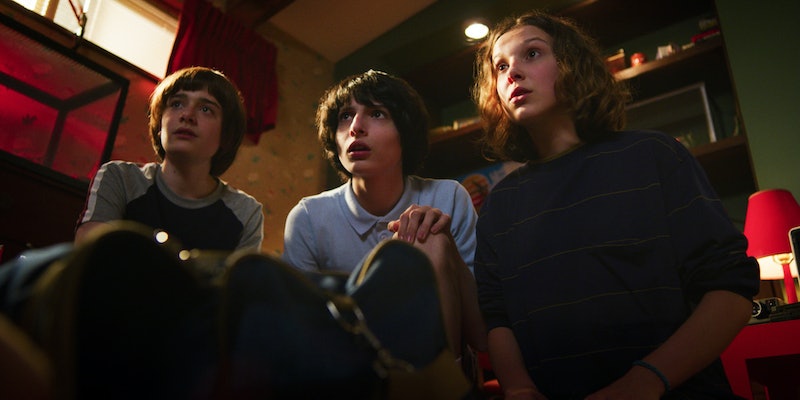 Having a couple weeks off from the daily grind is what summer is all about, but what if you’re struggling to come up with the perfect vacation idea? Well, thanks to an influx of quality television in the States, tours of filming locations are becoming pretty popular. Especially with shows that rely on filming in real towns and cities like Stranger Things, which is shot in the southern state of Georgia. So, can you visit the Stranger Things set, and how do you go about planning a holiday around the filming locations of a particular show?

For starters, if you weren’t already aware Hawkins sadly is not a real place. It’s an amalgamation of places in Georgia, including the likes of Atlanta, Stockbridge, Palmetto, and Jackson according to travel site Local Adventurer. They have listed pretty much all the major locations featured in the series that you can visit with their addresses.

As for where the interiors are shot, filming takes place at EUE Screen Gem Studios in Atlanta as the studio confirmed on their official Twitter. And as the Express reports, Black Panther and The Haunting Of Hill House have also been filmed there.

While you can't currently tour the Atlanta studio, there are plenty of companies that offer tours of the exterior locations in four hours or less. These include Golden Tours World, Atlanta Movie Tours, and DTour which all cover the major sites like Hawkins Laboratory, Hawkins Middle School, the hospital, and the homes of the characters.

The prices for these tours varies from $84 to $150 per person, so it may be a cheaper option for you to go at your own pace as you could easily space this road trip out over a week.

Even better, this sort of trip allows you a lot of room to discover other parts of the state, the locations are contained within as well. I mean, Georgia has a hell of a lot to offer, like visiting the World of Coca-Cola in Atlanta (who have also partnered with Stranger Things for its third series), the Okefenokee National Wildlife Refuge, the Savannah Historic District, and author Margaret Mitchell’s home as tourist site Visit The USA suggests.

But if you’re looking to stick mainly to a Stranger Things vacay, there are plenty of sites that will make your planning stress free. Culture site It’s A Southern Thing have created a live map on Google that takes you in and around Atlanta for four hours, and travel blog The TV Traveller has made a handy itinerary for you to enjoy the sites and locales of the fictional Hawkins.

As A Southern Things points out, make sure you’re aware of the local laws — especially when it comes to trespassing. As the site suggests, only view private homes from the street and make sure you’re aware of the safety of where you’re visiting, as “[s]ome places are in dilapidated areas surrounding metro Atlanta”. Others are abandoned so “[l]isting them is not a guarantee they are safe.”

So, what are you waiting for? Get planning before The Upside Down takes hold and puts a significant dent into your holiday plans.