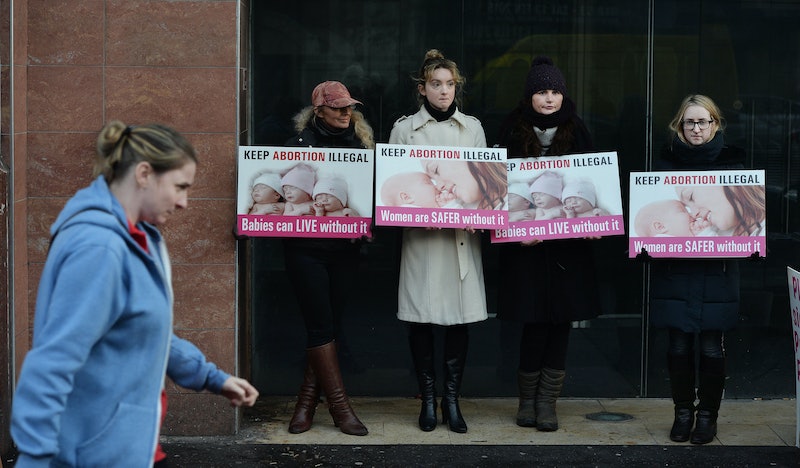 After reports surfaced that pro-life demonstrators were spitting on abortion clinic patients in the Canadian city of Ottawa, Ontario Attorney General Yasir Naqvi proposed a new policy that would protect patients' safety and privacy. This policy would create no-protest zones around some abortion clinics in Canada in order to ensure that patients can safely access abortion clinics.

Acting on the request of Ottawa Mayor Jim Watson, Naqvi plans to propose the bill at Ontario's provincial legislature in the fall. If it passes, this buffer zone policy would "ensure that women across Ontario have safe access to healthcare services, and that their privacy and dignity are protected when doing so," Naqvi said on Monday.

If this policy is adopted, the province will join British Columbia, Quebec, and Newfoundland in establishing buffer zones around abortion clinics. In St. John's, a city in Newfoundland, a provincial policy that requires protesters to stay at least 50 meters away from clinic entrances has already had a positive effect. Rolanda Ryan owns an abortion clinic in St. John's, and she told Vice News that before the buffer zone policy was adopted, protesters would intimidate women outside the clinic on a daily basis.

“It came to a point that women were really fearful,” Ryan told VICE. “So we had to do something."

Ryan initially sought a court injunction against the protesters, but while the injunction kept the protesters away temporarily, she wanted to ensure the permanent protection of her patients. Consequently, she pushed the government to pass a law similar to British Columbia's, and 10 months later, Newfoundland's no-protest zone policy came into being. Ryan argues that 50 meters is not enough, but it's a start, and she advises Ontario to adopt a similar policy.

Although similar laws have been spreading throughout Canadian provinces, they have been met with some resistance from pro-life demonstrators and free speech advocates. One such protester, Nicolas Carnogursky, was arrested back in April because he allegedly repeatedly entered an abortion clinic in Ottawa despite supposedly being warned not to. Carnogursky told Vice that he believes anti-abortion protesters are "saving kids," and that no-protest zones would obstruct their free speech rights.

However, free speech arguments won't sway Naqvi, who is more focused on introducing a bill "that’s not so broad that it’s struck down as unconstitutional." But in the interim period — from now until the bill is officially proposed — Shayna Hodson, the director of the Ottawa abortion clinic, is concerned that demonstrators will increase their aggression.

“Legislation will take some time," Hodson told the Ottawa Citizen, "and now that the protesters also know that they are working on a solution that will remove their ability to protest directly outside the clinic, it will increase the threat, risk, violence and aggression outside the clinic, while there is still no interim solution."

Until Ontario adopts its own no-protest zone policy, the province's cities must find ways to protect abortion clinic patients. In her remarks to Vice, a city spokeswoman for Ottawa sent a clear message to pro-life protestors: “Go ahead, protest, you can do that, but you can’t harass and intimidate somebody else because of your viewpoint.”