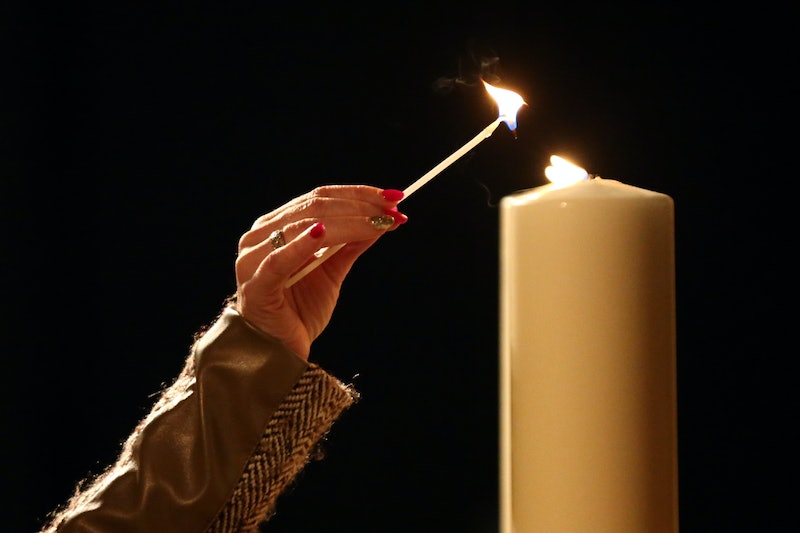 Bad news for any fake witches up north this Halloween — Canada's witchcraft law punishes people "pretending to practice" it. In fact, The Washington Post reports, two Ontario women were recently arrested for violating this centuries-old law, one for supposedly running a $60,000 psychic reading scam, and the other for apparently tricking a man into paying her $600,000 to protect him from evil spirits.

Unlike these women, however, anyone practicing real witchcraft has nothing to fear. Section 365 of Canada's criminal code expressly prohibits anyone from "fraudulently" pretending to "exercise or to use any kind of witchcraft, sorcery, enchantment or conjuration." It also forbids fortune telling, and the feigned use of "an occult or crafty science" to supposedly help people find something lost or stolen.

Section 365 has actually been on the books since 1892, according to The Post. Its origins are in a 1735 British law that classified witchcraft as a felony — a product of the widespread fear of the supernatural and rampant literal witch hunts in colonial-era Europe. Apparently, apart from the addition of the word "fraudulently" in the 1950s, that 1892 law has remained unchanged.

However, it might not be the same for much longer. In 2017, the Trudeau administration introduced a bill to "repeal... obsolete or redundant criminal offenses" from Canada's criminal code. In addition to legalizing fake witchcraft, if it passes, the bill would also legalize dueling, as well as advertising the return of a stolen item with "no questions asked."

Not everyone is thrilled with the idea of repealing Section 365, though. Other Canadians have been charged with violating the law with similar fortunetelling and sorcery schemes — one woman in 2009 duped a Toronto lawyer out of $27,000 by pretending she embodied the spirit of his dead sister, and in 2017 a purported psychic was charged after she swindled $100,000 from client who allegedly wanted a curse removed. Despite the occult framing, politicians argue that it's a useful way to prosecute those kinds of con artists.

"We all chuckle and laugh," at Section 365, Peter Van Loan, a member of parliament argued in a debate last year. But "These things really happen in our society, even in this day and age. Does that provision, as it exists right now, cause any harm? No. Does it give the police an avenue or resource in the case of those particular unusual offences? Yes, it does."

In its applications today, Section 365 isn't really applied to punish those trying to conjure the supernatural. The charging document for one of the Ontario women arrested, expressly stated that the crime was the fraud she committed. "This charge is not connected in any way to any religion," it said.

Even so, critics say, Section 365 is rooted in a sexist and oppressive past of persecuting women and minorities. They assert that the protections it gives to victims of fraud should be found elsewhere in the law.

"Few commentators would argue the law should not protect people from frauds perpetrated under threat of misfortune or promise of unattainable goals by a charlatan," legal scholars Natasha Bakht and Jordan Palmer argued in their paper Modern Law, Modern Hammers: Canada's Witchcraft Provision as an Image of Persecution. "However, the provision that differentiates this type of fraud from others is mired in historic oppression of women and religious minorities, and is not necessary to prosecute fraud."