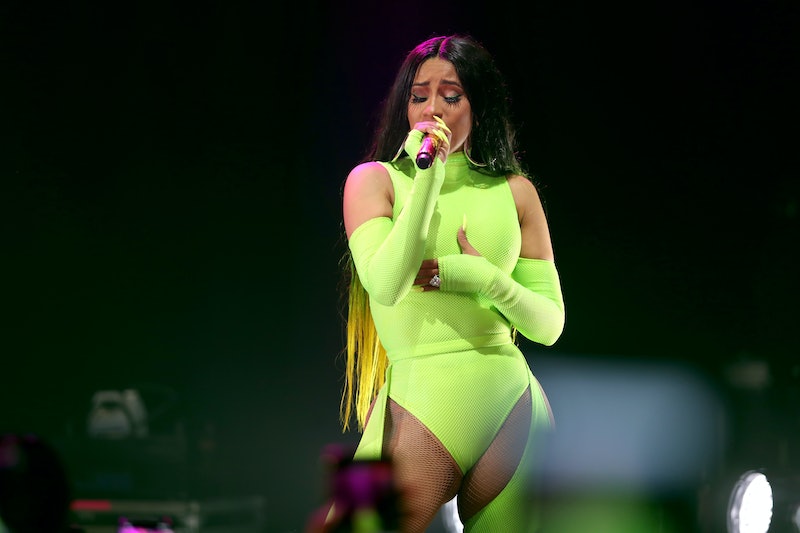 The pouring rain may suggest otherwise but festival season finally kicks off this weekend. There is nothing like digging your wellies out, covering your face in (sustainable) glitter, and enjoying the Great British summer time in all it’s rainy glory. Parklife 2019 starts on June 8 in Heaton Park, Manchester. As the festivities fast approach organisers have had some pretty big news for attendees. Sadly Cardi B has pulled out of headlining Parklife. The “Please Me” rapper was scheduled to headline the festival on June 8 but will no longer be there and, to be fair, her reasoning is completely understandable.

Parklife organisers took to twitter to announce that Cardi B would no longer be at the festival. A spokesperson for the festival wrote in a post, “as some of you will have seen, Cardi B was forced to cancel some performances in May. The Parklife team have just been notified that Cardi now also needs to pull out of Parklife this weekend. As such there will be some changes to the previously advertised lineup, stage splits, and times. We are working on this currently.”

Apologising for the late notice of the cancellation Parklife have announced that lineups will be available on the festivals app from 7 p.m. on June 7 and festival goers may know more at that point.

While Cardi B hasn’t explicitly referred to dropping out of Parklife she has been open with fans over the last few months about the cosmetic surgeries she has undertaken after giving birth to daughter, Kulture.

The Independent reported that the Invasion of Privacy star posted a video for her 45.3 million followers explaining that it was on doctors' advice that she cancel her upcoming shows both in the U.S. and UK following cosmetic breast surgery.

She said, “my doctor was like, ‘Yo, you cannot be doing all these shows because you’re not fully healed and I keep telling you this and then if something happens to you, you gonna to try to blame me.” She continued:

"You know, I hate cancelling shows because I love money. But like, health is wealth, so I have to do what I have to do. My breasts gotta heal, and it is what it is."

While some festival goers were understandably disappointed not to be able to see Cardi B perform, there are plenty of other awesome artists attending and performing at the festival. Over the weekend Mark Ronson, Disclosure, Annie Mac, Christine and the Queens, George Ezra, Khalid, and so many more will be descending on Manchester for a weekend of great music, partying, and unmissable, if a little bit damp, festival fun.

I couldn’t be more excited that festival season is underway. It is always a little disheartening when you have got excited to see an act live for them then to drop out. However surgery is no joke and Cardi B has got to look after herself. With a killer lineup and a massive selection of after parties Parklife promises to be great and I hope Cardi B has a speedy recovery.