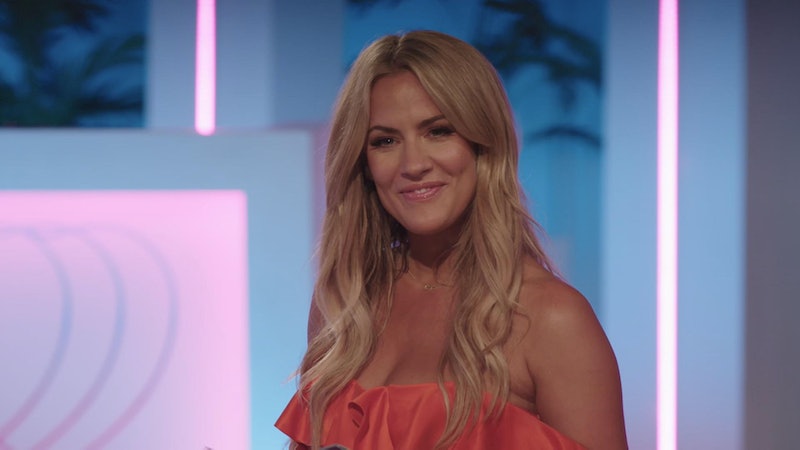 The first winter series of Love Island will be different in more ways than one, including a completely different host. Despite describing her excitement over filming the new series in South Africa earlier this year, Caroline Flack has left Love Island amid reports that the presenter was arrested and charged with assault over the weekend.

Announced via Instagram, Flack refers to the "significant number of media reports and allegations," saying "while matters were not as have been reported, I am committed to cooperating with the appropriate authorities and I can't comment further on these matters until the legal process is over," Flack said.

"However, Love Island has been my world for the last five years, it's the best show on telly," she continued. "In order to not detract attention from the upcoming series I feel the best thing I can do is to stand down for Series 6. I want to wish the incredible team working on the show a fantastic series in Cape Town."

Flack was arrested and charged with assault last Friday (Dec. 13). "Caroline Flack, 40, of Islington was charged 13 December with assault by beating," a spokesperson for the Met Police told Cosmopolitan. "This follows an incident at approximately 05:25hrs on Thursday, 12 December after reports of a man being assaulted. He was not seriously injured."

As an ITV rep for Flack told Bustle on Dec. 13: "We confirm that police attended Caroline's home following a private domestic incident." Mirroring Flack's Insta statement, the rep adds that she "is co-operating with the appropriate people to resolve matters," and there will be no "further comment for legal reasons."

Burton also took to Instagram to comment on the incident, saying "I'm tired of the lies and abuse aimed at my girlfriend. This is not a witch hunt this is someone's life." He also confirmed that he hasn't signed a non-disclosure agreement after Flack's ex-boyfriend Andrew Brady posted an alleged NDA with the hastag #abusehasnogender. "I have not signed any NDA. Why would I?" Burton added. "Caroline is the most lovely girl. Loyal and kind. She doesn't deserve any of this."

Bustle reached out to ITV today (Dec. 17) to see if they had any comment on Flack's exit. A spokesperson has said: "ITV has a long standing relationship with Caroline and we understand and accept her decision. We will remain in contact with her over the coming months about future series of Love Island."

More like this
This Pre-'Love Island' Video Of Olivia & Zara Together Changes Everything
By Bustle UK
Every Season Of 'Love Island' Ranked Best To Worst
By Alice Broster, Frances Stewart and Sophie McEvoy
Twitter Can’t Make Up Its Mind About Ekin-Su’s 'Dancing On Ice' Skate-Off
By Sophie McEvoy
'Love Island’s Kai Fagan Is Very Clear About What He Doesn’t Like
By Sam Ramsden and Darshita Goyal
Get The Very Best Of Bustle/UK
Sign up for Bustle UK's twice-weekly newsletter, featuring the latest must-watch TV, moving personal stories, and expert advice on the hottest viral buys.

This article was originally published on Dec. 17, 2019