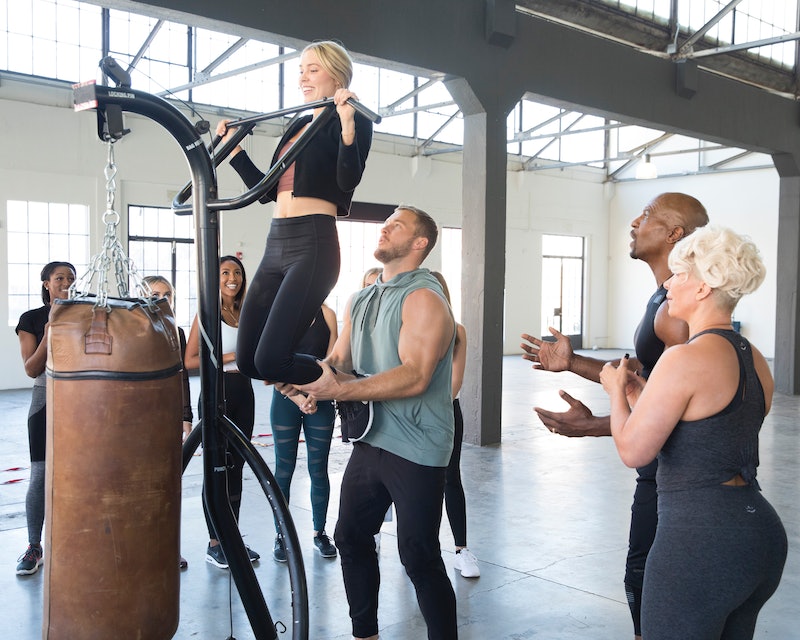 Competing for someone's affection on live television can be extremely stressful, and being able to stand out without creating a bunch of drama in your wake can seem downright impossible. Yet that's precisely what Colton's Bachelor contestant Cassie has been able to do thus far. From coming across as totally genuine to appearing to be here for "the right reasons," she checks all the boxes that make her seem perfect for Colton. However, if you still need some convincing Cassie from The Bachelor's Instagram proves that she's just as down to earth and she makes herself out to be on the show. Needless to say, it'll make you love her even more.

As soon as she stepped out of the limo it became clear that Cassie and Colton had a special connection right from the start. She even gave him a box of (fake) butterflies to symbolize that ones that she was feeling at that point in time upon meeting him. Sure, it was a little cheesy, but definitely a lot less cringeworthy than some of the face-palming introductions that took place that evening. Plus, it helped make her stick out in a good way for the Bachelor and undoubtedly helped her secure a rose later that night. But if you were thinking this genuine persona is just an act, think again. Cassie's Instagram proves that she's just as good natured off-camera as she comes across on the TV screen.

Shortly after the premiere aired, Cassie took to the social media platform to address some concerns that had some fans regarding her career. Though Cassie's ABC bio lists her as a Speech Pathologist, she has yet to earn that official title and is currently attending grad school in order to do so. But instead of ignoring any complaints from fans about her incorrect title on the show, Cassie took the time to write a heartfelt response to viewers, hoping to explain what had happened. She wrote:

"What a whirlwind 24 hours! The Bachelor premiere and the first day of grad classes after a leave of absence. It’s going to take a lot of self discipline to focus on school, when I really want to respond to the literally hundreds of nice, supportive messages and comments. Thank you so much for for all the encouraging words and I hope to somehow read them all and respond! Please know they mean A LOT 💕 To all my fellow speechies- thanks soo much for all your community support and I want to clarify, I am a grad student (graduate 2021) and a current speech ASSISTANT (SLPA). It was encouraged I leave off the word assistant for lack of confusion, but I do realize how much one word can mean. Sometimes in the moment, its easy to underestimate the impact of seemingly small details. The LAST thing I want to do is minimize the work it takes to earn the title of a full fledged SLP or misrepresent myself. I take my career very seriously and to those of you that reached out and expressed concern, what you said is valid and know that I get it."

Cassie seems just as sweet and genuine when it comes to family as well. She even posted a touching message to her mom on Mother's Day.

"I couldn’t have dreamt up a better mama/best friend," Cassie wrote alongside the photo. "Happy Mother’s Day @amyrandolph3 ❤️ You’re the most selfless, hip 😉 & fun, beautiful, loving, all around amazing mom EVER and I love you more than anything in the world."

She's also extremely close to her siblings, which explains why they pop up so frequently on her Instagram page.

At a glance, Cassie may seem too good to be true, but one look at her social media proves this women is the real deal. We'll just have to wait and see if Colton feels the same way once this season comes to an end. Perhaps she'll be the one holding that highly coveted final rose.