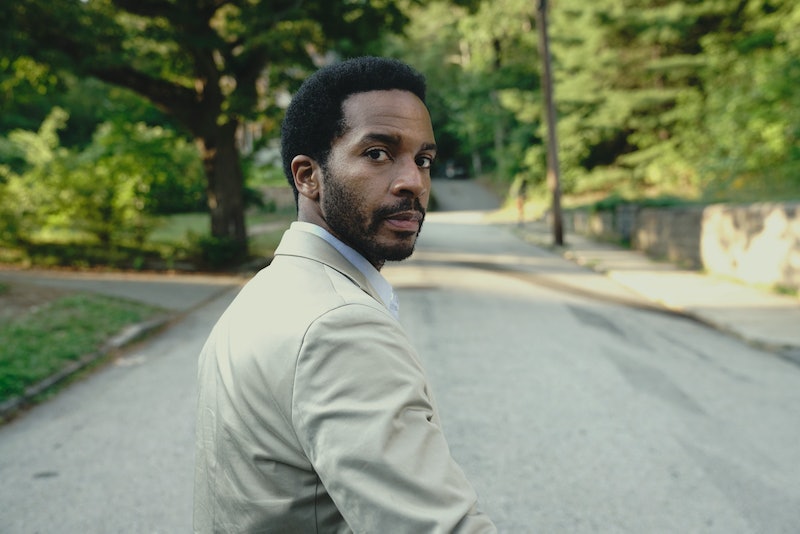 Hulu's new horror series Castle Rock premieres on July 25, and takes viewers to a small town in Maine that is hiding some big secrets. Judging from the trailer, the town seems to be a hotbed of suspicious activity that includes killer dogs, suspicious balloons, and mysterious boys found in old prisons. Luckily, Castle Rock is not based on a true story and the series' horrors are entirely fictional — but the location itself stems from a famous author's lifelong fascination with his home state.

Castle Rock takes inspiration from Stephen King's decades-long career, telling an original story that exists in the same universe as some of the prolific author's most famous tales. The trailer alone includes nods to several of his novels and short stories, including It, Cujo, and The Shawshank Redemption, and the setting of Castle Rock, Maine also draws from King's legacy. The fictional town has appeared in a number of King's stories, including The Dead Zone, Bag of Bones, and Needful Things, but Castle Rock is only the tip of the iceberg when it comes to King's fictional Maine.

King has set many of his stories, including Bag of Bones and Insomnia in the fictional town of Derry, Maine, and his novella The Colorado Kid introduced the town of Haven, which serves as the inspiration for the SyFy original series of the same name. Castle Rock is telling its own original tale of mystery but it is deeply impacted by King's relationship with the New England state.

Most of King's life has been spent there, from his birth in Portland, Maine in 1947 to his current residence in Bangor, Maine where he's lived since 1980, according to his website biography. It's telling that despite the author's interest in portraying Maine as a place where horrific events regularly occur, he has lived in his current residence for nearly 40 years. It seems that King doesn't write about Maine because he finds it distasteful, but instead because Maine is familiar to him — and there are few things scarier than the familiar being twisted and distorted.

In an interview with the Bangor Daily News, King explained that part of what inspired him to set his iconic novel It in Maine is because "Maine towns and cities have histories going back hundreds of years." Many of the evils in King's writing are great, eternal horrors, like the titular monster in It; his personification of evil, Randall Flagg of The Stand; or whatever turned Cujo from a good boy into a very bad one. Maine's long history provides a great opportunity to tie in the horrors of Castle Rock to the town's past.

King told the publication that his home of Bangor is "a tougher, harder place, with its history of loggers, the thing about the Brady Gang shoot-out, and all those fightin’ bars like the Silver Dollar that used to be down at the waterfront." Castle Rock and Derry both exemplify the author's enthusiasm for quaint but gritty locales.

While the Maine of King's writing is always full of interest and horror, his actual day-to-day life is nowhere near as exciting as his characters'. In a Rolling Stone interview, King rejected the idea that his wealth has influenced him, saying, "We live in Maine, for Christ’s sake. It’s not like a trendy community or anything."

The town of Castle Rock is in no way "trendy," and that sense that it's a town stuck in the past is exactly what makes it so terrifying. The real history of Maine, and the history of America itself, is what informs the show's sense of dread, because the town could have to answer for any darkness or pain in its past at any time — this includes whatever happened in the mysterious Shawshank Prison, at the center of the first season of Castle Rock, as well as the real horrors facing small towns that are decades past their economic peak.

In King's Maine, and especially the town of Castle Rock, evil isn't coming — it's been there for years.