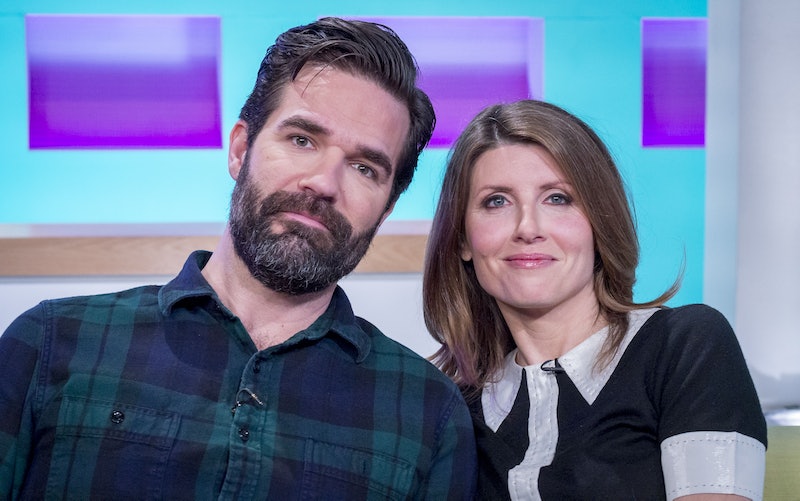 The last ever episode of the Channel 4 comedy Catastrophe aired last night, and it was an emotional rollercoaster. The sitcom, which stars Sharon Horgan and Rob Delaney, dropped its usually hilarious tone in favour of some more emotional scenes. The most poignant part of the final episode came when Catastrophe paid tribute to the late Carrie Fisher, who had previously played Bob Morris' (Delaney) mother in the series. The characters bid farewell to Mia (Fisher) with an unconventional, yet fitting eulogy, and it was certainly a tearjerker.

As reported by The Sun, Delaneys' character delivered a speech honouring his late-mother during a service on the beach. His words came from an email that his mother had sent to her friend Sally before she passed away.

The series had previously paid tribute to the legendary Star Wars actress in 2017 with a special tribute shown during the final credits of the season three finale back.

Prior to the finale of the BAFTA Award-winning series, Delaney noted how he hoped to create a "poignant tribute" to Fisher. During an appearance on Channel 4's Sunday Brunch, the 42 year-old actor said "We learn that my mom Mia, played by Carrie Fisher, has died. We grapple with that in this episode and it's a very, I hope, poignant tribute to her because she was so amazing and such a massive part of the show."

Delaney also told Digital Spy of his desire to ensure that Catastrophe ended on a high note. He said: "We have said what we've wanted to say and we don’t want to make bad episodes or bad series of it. We're very proud of it. We don't want to overdo it. I have in me four series worth of stuff to say about the early years of a relationship and a marriage and raising young kids. I don't have more than that, and I wouldn't want to pretend that I did just so I could buy another Lamborghini."

Later in the episode, viewers were left shocked at the revelation that Delany's on screen wife, Sharon (Horgan), was in fact pregnant. The pair were thought to be on the edge of splitting up, however, the couple thankfully reconciled just before the show's conclusion. Shortly after the Catastrophe finale came to a close, viewers took to Twitter to express their thoughts.

In addition to his brilliant work on Catastrophe, Delaney also previously appeared in Deadpool 2, in which he starred as Peter. In an interview with Digital Spy, when asked if he would be making a return to the Deadpool franchise, the actor joked that he was actually worthy of his very own franchise. He said "I might be biased...but my sense is that he's probably the most popular and beloved character to ever grow out of the Deadpool universe, the Marvel universe. The Avengers is like nothing compared to Peter. Peter speaks to people, Peter speaks to women, I think, of all generations…he's very important."