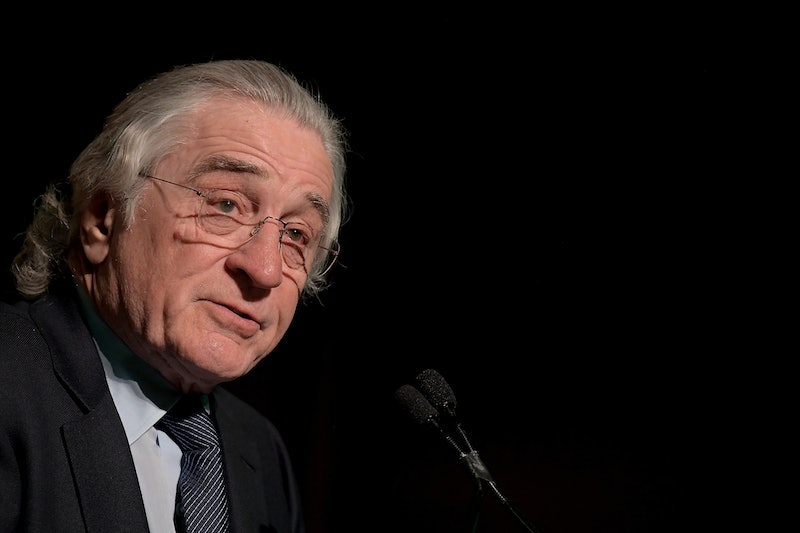 It's been a little over a month since the Justice Department released former Special Counsel Robert Mueller's redacted report on Russian interference in the 2016 election and possible obstruction of justice by President Trump. On Thursday, NowThis released a video featuring a host of stars discussing Mueller's conclusions, and the celebrities' Mueller report video explains why everyone should still care about the investigation's findings.

"In 2016, the Russian government attacked our Democracy," Robert DeNiro, who has played Mueller several times on Saturday Night Live, says at the top of the video. Fellow actor Martin Sheen continues, explaining that Russia "interfered in the presidential election in sweeping, systematic fashion," before Christine Lahti and Laurence Fishburne note that Russia "hacked emails spread lies on social media, and made hundreds of contacts with the Trump campaign."

The five-and-a-half-minute video, which was produced by Academy Award nominee Rob Reiner, touches on several issues that Mueller addressed in his 448-page report, but it focuses primarily on the special counsel's investigation into possible collusion between the Russian government and Donald Trump's campaign.

"In the spring of 2016, a Russian operative told a Trump adviser that the Russian government had 'dirt' on Hillary in the form of thousands of emails," Sophia Bush says in the video.

"The adviser then worked to arrange a meeting between the campaign and the Russian government," Queer Eye actor Jonathan Van Ness continues.

In his report, Mueller determined that members of the Trump team met with several individuals who they believed were Russian agents during the campaign, and that Trump campaign adviser George Papadopoulos attempted to set up a meeting between Trump and Russian President Vladimir Putin with Trump's blessing. No such meeting took place during the campaign, however. Papadopoulos later pleaded guilty to lying to the FBI, and served a 12-day prison sentence for doing so.

Trump regularly asserts on Twitter that there was "no collusion" between his team and Russia, often capitalizing the phrases for dramatic emphasis. He also denies having obstructed justice.

As Star Trek actor George Takei notes in the NowThis video, Trump has claimed that Mueller's report included "total exoneration" and "complete vindication" of him and his actions during the campaign and as president. This was a false claim, however — or, as actor Kendrick Sampson says in the NowThis video, "an outright lie" — as Mueller explicitly wrote in his report that his investigation "does not exonerate" Trump of any crimes.

"If we had had confidence that the president clearly did not commit a crime, we would have said so,” Mueller himself said publicly after his report was released. "We did not, however, make a determination as to whether the president did commit a crime."

Notably, the celebrities in the NowThis video mostly avoided discussing Mueller's investigations into whether or not Trump obstructed justice, a question Mueller didn't definitively answer one way or the other in his report, focusing instead on the question of collusion.

"Donald Trump, if you are listening, on behalf of the American people, we will hold you accountable," the celebrities say in closing. "Because no one — not even the president of the United States — is above the law."