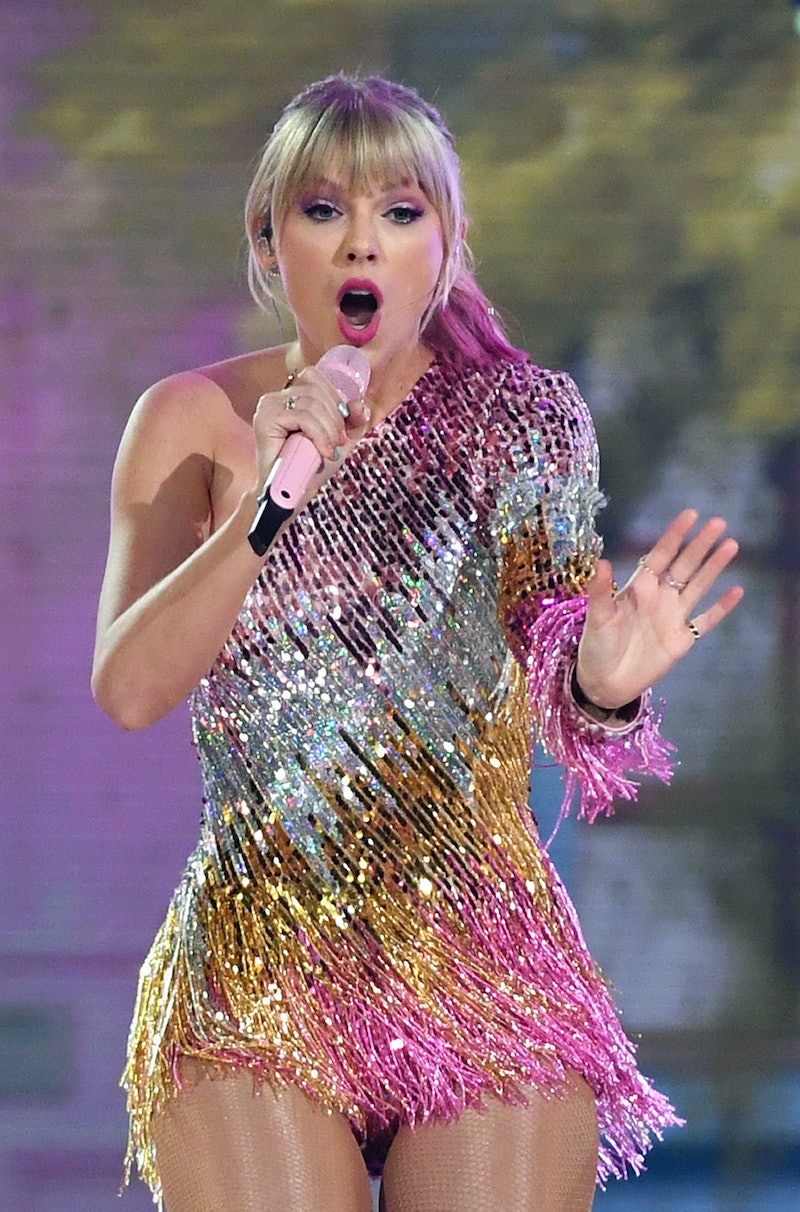 Taylor Swift caused quite a stir on Sunday, June 30, after she posted a message on her Tumblr account, stating how upset she was to learn that music manager Scooter Braun now owns the master rights to her first six albums. She also accused him of allegedly "bullying" her for years. And now that the feud has been made public, several celebrities are showing their support for Taylor Swift by tweeting messages of solidarity and posting on their social media accounts.

For those unfamiliar with the whole ordeal, the gist of it is that Braun recently purchased the record label Big Machine from the company's former owner Scott Borchetta, and since the label currently owns the rights to Swift's first six albums, that means now, so does Braun. Swift was particularly upset about this new change of ownership since she wasn't given the opportunity to buy her music back, which she alleged she's been trying to do for several years. Bustle reached out to Swift's, Borchetta's, and Braun's reps for comments on Swift's claims, but did not receive a response by the time of publication.

Needless to say, it's a pretty big topic on the internet right now and members of Hollywood are taking sides in the matter. Justin Bieber and Demi Lovato have both shown their support for Braun, defending him against Swift's allegations, but others, which range from reality stars to fellow musicians, are making it clear that they stand with Swift and believe her story.

The Bachelorette wasted no time in rallying to Swift's side, even going so far as to refer to her as "Queen Taylor."

Cara Delevingne came to Swift's defense after Bieber posted a message on Instagram about the singer's claims. Delevingne remarked that Swift has the right to feel however she wants to feel about the business deal since it is her music, after all.

Halsey issued a statement on Twitter, writing that Swift has been a constant source of inspiration for her and that the "ME!" singer deserves to own the rights of what she's created.

Swift's close friend rallied to her side as well in a long Twitter message chain, which you can read in full on his official account. The gist of it is, though, that he believes Swift's claims and hopes that her music is able to fall into different hands.

The Hills star proved that she's a T-Swift fan just like the rest of us.

She may be best known for portraying the villainous Meredith Blake in The Parent Trap, but Swift won't find an enemy in Hendrix, who is 100 percent a total Swift stan.

As time goes on, there's sure to be more and more celebs in Swift's corner, whether the support comes in the form of a comment on one of her Instagram posts or from a social media post all of their own. Either way, the singer can take comfort in knowing that, when it comes to this feud, she isn't alone.