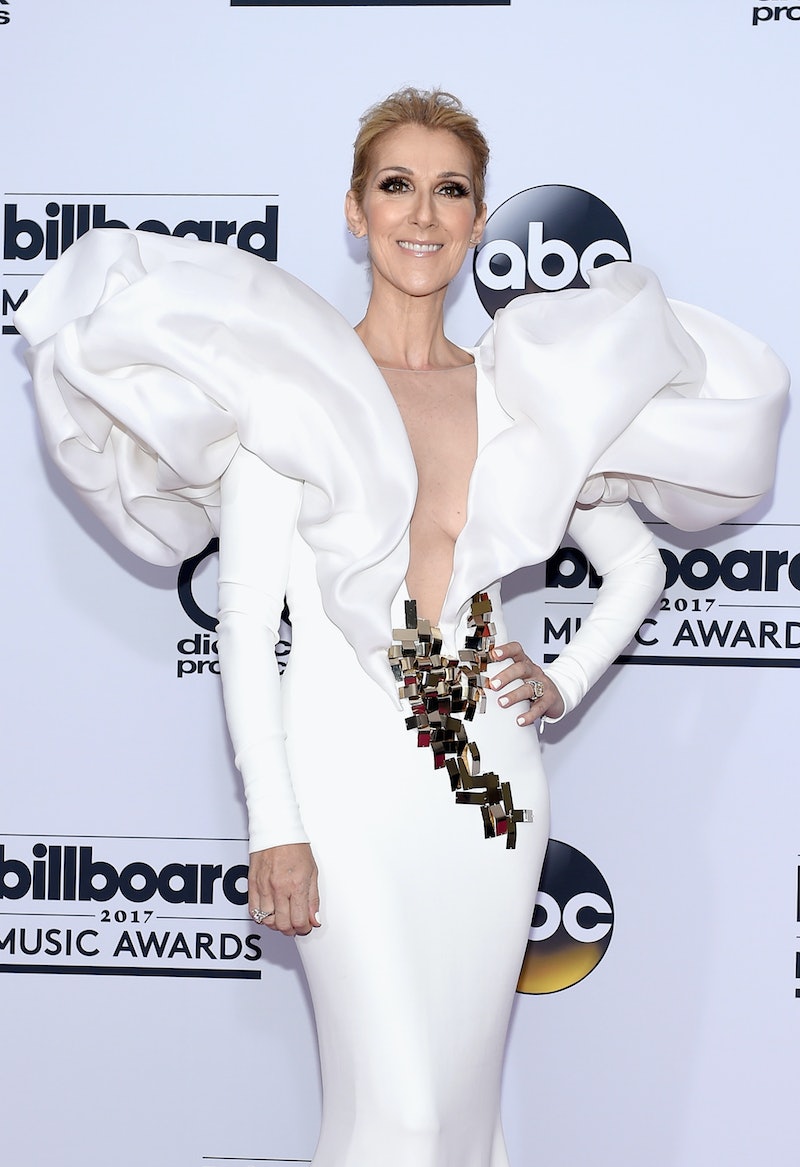 It's been three years since Céline Dion's husband René Angélil died, and she's opening up about the loss and her life in the time that's passed. In a new interview with The Sun, Dion talked about the dating rumors after her husband's death, but she shouldn't have to defend her relationship status in the first place.

Dion has been rumored to have been dating her backup dancer Pepe Muñoz for the past two years. But the "My Heart Will Go On" singer explained she and Muñoz are just close friends. "I am single," Dion told interviewer Dan Wootton, who also shared the full interview recording on his podcast. "The press said, 'Oh my God, René just passed and now there's another man.' Yeah, there's another man in my life, but not the man in my life."

Dion also said that she didn't really care that people thought she and Muñoz were more than friends. "I don't mind, because he's handsome, and he's my best friend," she said during The Sun's interview. It's great to hear that all of the rumors haven't bothered her, but she really shouldn't be in a position where she has to clarify things in the first place. The singer doesn't owe fans any explanations about her personal life, and it's a little disappointing to hear that the rumors have been so pervasive.

Fortunately, it sounds like she and Muñoz do have a great relationship, even if it's just a platonic one. "We're friends, we're best friends," she told The Sun. "Of course we hug and hold hands and go out, so people see that. I mean, he's a gentleman. He's giving me his hand to go out."

Wootton noted in The Sun that Muñoz was actually present for his interview with Dion, so it sounds like they're on the same page. Still, it's frustrating to see that the singer has to go to such lengths to explain a relationship in her life — especially when the reporter uses words like "exasperation" and "anger" to describe Dion's tone during that portion of the conversation.

Back in January 2016, Angélil died after suffering from throat cancer. When discussing her late husband in the new interview, Dion said that his spirit lives on through their kids. "I see him every day through the eyes of my children," Dion told The Sun of Angélil. "He gave me so much strength through all these years. And so much for me to explore, for me now to spread my wings."

The singer added that she's having a "second wind" at age 50. "I think I'm at the best of my life right now, and I really want to enjoy and embrace every moment of it," she said during the interview.

It sounds like she's at a great place in her life, and that she's happy, regardless of the dating rumors. But she shouldn't be obligated to talk about her relationship status if she doesn't want to — fans should just be happy to hear that she's doing so well.