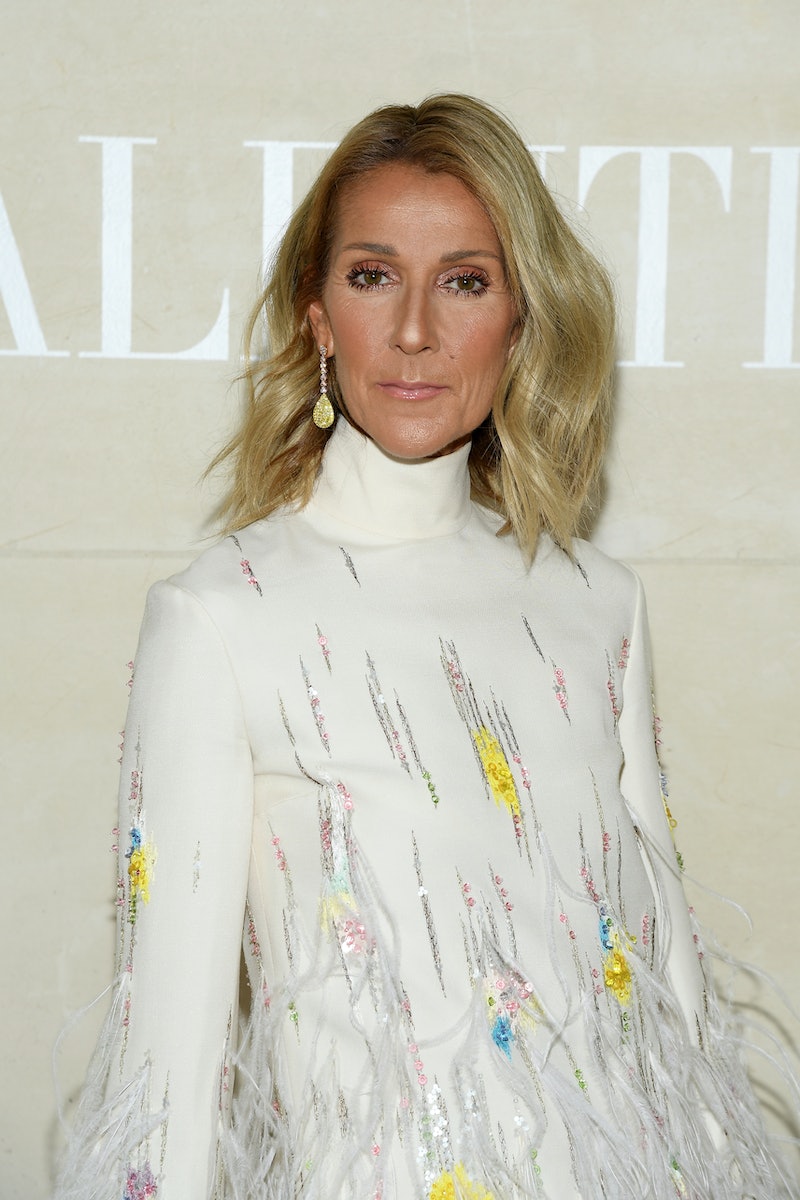 Celine Dion serves up inspirational looks on a daily basis, but her most recent contribution will make you want to get drastic in your next hair appointment. Celine Dion has a black pixie cut on the cover of Harper's Bazaar, and it's such a far detour from her usual style that she looks virtually unrecognizable.

Dion posed for Harper's Bazaar's 2019 September issue, which is its annual “Icons” installment. In the limited-edition issue, Dion was styled by Carine Roitfeld and shot by Mario Sorrenti. The issue celebrates independents, or the people who inspire others by breaking rules and experimenting with ideas. Seeing how Dion is a style icon that's unafraid to take risks, she fits in perfectly.

The cover features Dion wearing a black wig with a choppy fringe and slicked-back hair. The outfit has a heavy late-'60s and '70s vibe, with Dion wearing winged eyeliner, a highlighter green cocoon jacket, and over-sized denim jeans. To add some glamour to the look, the outfit is paired with white pointy toed stiletto boots with silver plates at the fringed buckles. Her hair tips its hat to Twiggy's famous pixie cut and Mia Farrow's slicked down boy crop.

Inside the magazine, Dion has a series of editorial photos that further coax out the '70s aesthetic. In one of the pictures, Dion's hair is arranged into a Sassoon Cut, made popular by the iconic '60s hairstylist, Vidal Sassoon. Sassoon was credited with revolutionizing women's hair in that time period with his radical "wash and wear" cuts. The geometric pixie cuts didn't take much effort to style, letting women run out the door with a quick blow dry and brush. It was much different from the looks of the '50s — like beehives and bouffants — which required hair rollers and heaps of hairspray.

Dion pulls off the look flawlessly, pairing it with a Marc Jacobs striped dress and polka dot cropped jacket with flamboyantly ruched sleeves. (Scroll to see.)

In the last photo the Sassoon Cut is left wet and deconstructed, which matches perfectly with Dion's deconstructed Alexander McQueen tuxedo jacket. The jacket has strategic cut-outs at the shoulders and features a plunging neckline. (Scroll to see.)

The hairstylist behind these looks was Akki Shirakawa, who is known as a maestro with wigs in the high fashion community. He is also the man behind many of Lady Gaga's wigs.

In the issue, Dion appears alongside icons like Kate Moss, Alicia Keys, Alek Wek and many more. "To me there is nothing more iconic than being singular — no one before you or after… and no copycats because they would not know where to start," said Harper's Bazaar's global fashion director Carine Roitfeld in a press release. "But beyond being unique and talented, the 10 cultural forces in this year's Icons portfolio have expanded, redefined, or completely dispensed with accepted notions, expected behaviors, previous templates, and any rules about their crafts. Their attitude and confidence is an inspiration."

With Dion's limitless fashion sense and confident willingness to experiment, she definitely fits that bill.

More like this
The Best Hairstyles From The 2023 Grammys
By Olivia Rose Rushing
Blake Lively Debuts Red Hair For The 'It Ends With Us' Film Adaptation
By Olivia Rose Rushing
The Best Beauty Looks Spotted At Paris Couture Week 2023
By Audrey Noble
Hailey Bieber's New Bob Is Short Haircut Goals
By Olivia Rose Rushing
Get Even More From Bustle — Sign Up For The Newsletter
From hair trends to relationship advice, our daily newsletter has everything you need to sound like a person who’s on TikTok, even if you aren’t.