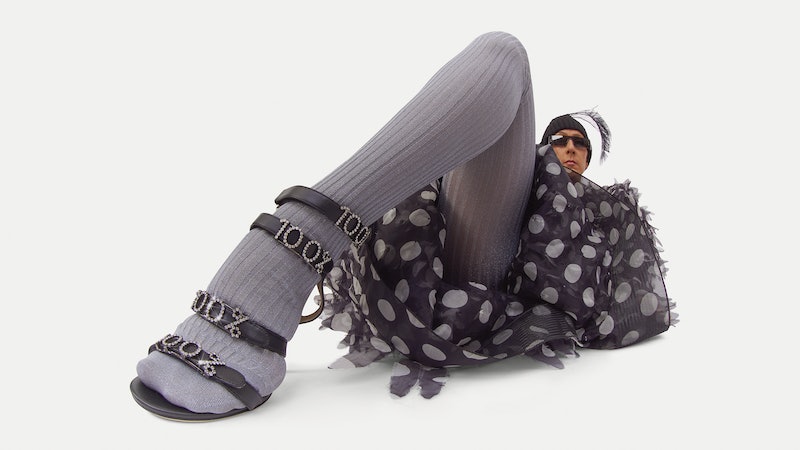 Celine Dion isn't the queen of fashion, but the boss. Celine Dion's CR Fashion Book cover proves that the artist has found a second love in fashion. Dion is the star of CR Fashion Book's coveted September issue for a second time. It is the publication's “Private/Public”-themed issue, which explores the gap between our private and public personas. In the issue, Dion pushes her look and brand past its limits through appearing in a digitally distorted editorial spread.

Shot and altered by emerging high fashion photographer Valentin Herfray, the photos capture the designer-clad artist in new and provocative portrait angles. Flipping through the magazine, you will see Dion in a fish-eye selfie headshot against the Eiffel Tower in Paris, or you will casually peek up her Saint Laurent dress. But the new approach makes sense. Because as the cover story explains, after Dion's wrap in Vegas and the death of her husband in 2016, the artist "sees herself from a new perspective."

For those who grew up in the '90s, the photos have a vague "Steve Madden ad campaign" feel to them. But while experimental, Dion loved every minute of pushing outside of her comfort zone. “I honestly love photo shoots, and I love everything about art and making photo shoots,” Dion tells CR Fashion Book. “It was interesting to see myself in this distorted fish-eye [effect], where your head is bigger than your body or your body’s bigger than your head. One foot is a size twelve and the other is a size four. It’s very artistic.”

A few years ago, Dion would never see herself partaking in such an avant garde photo shoot. But now that she did it, she thought it was great fun. “I mean, five years ago I would never let [a photographer] near up past my kneecap, you know? Who would go under my tutu? Nobody. I mean, nobody. My husband, that was it. But I was just like, 'Alright, here we go!'" Dion said “I just like that we didn’t care. If you don’t take chances, you will never accomplish anything different, special, edgy, beautiful, any of the above.”

She takes the same mindset to her wardrobe. "Everything that I do [in fashion] is for myself first, of course," Dion said in the interview. But when Dion was told that she was the queen of fashion, she rejected the title and gave herself a new one.

"I’m not playing queen, I don’t want to be the queen. I’m the boss. That’s different. I’m the mother, I’m the boss, I’m in charge of my decisions with my team. I try to make the best of myself, to accomplish something, to always put the bar as high as I can," Dion said.

Another revelation in the cover story was why Dion had such a hard time letting go of clothes. While on Carpool Karaoke with James Corden in May 2019, Dion confessed that she owned over 10,000 pairs of shoes. But there is a reason why Dion holds onto her pieces.

When it comes to fashion, Dion doesn't just use clothes to create an image. She lives and breathes it.