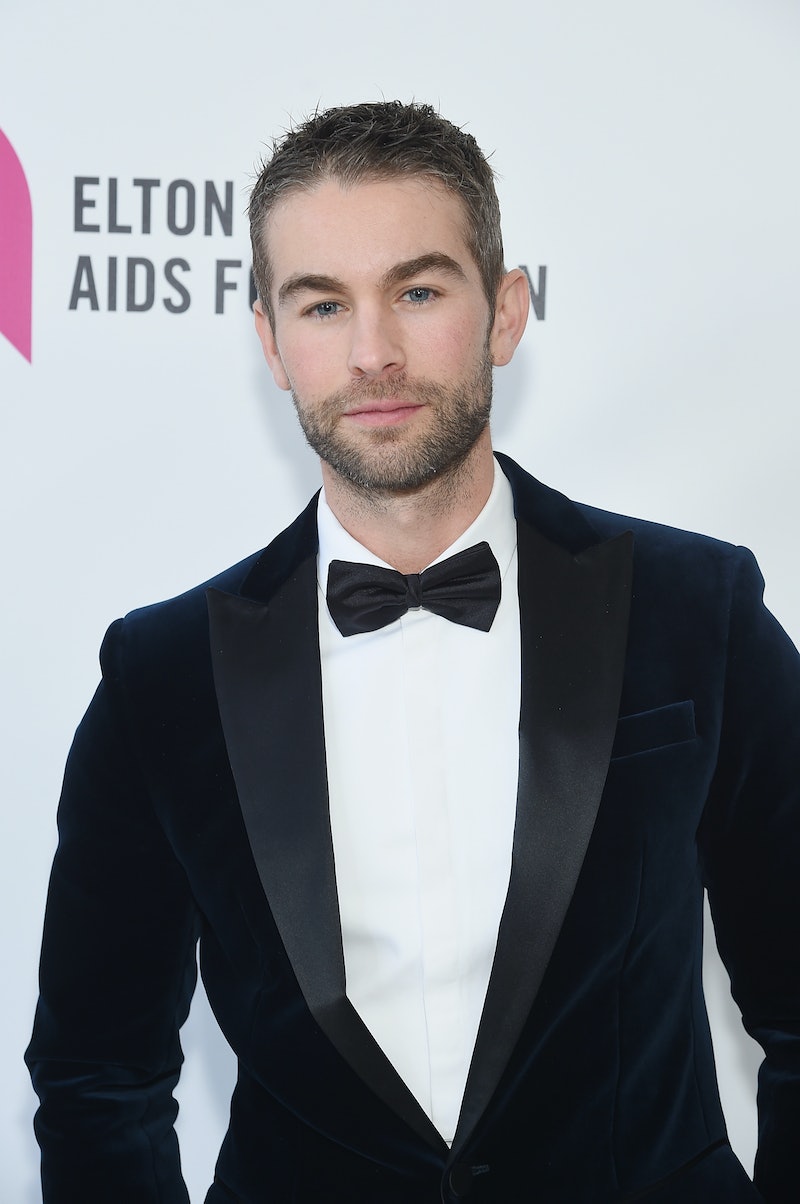 Wakey wakey, Upper East Siders: Chace Crawford’s Gossip Girl reboot response could hint at a major return to the Upper East Side. Crawford, who played Nate Archibald in the 2007 CW drama series, appeared on Watch What Happens Live With Andy Cohen on Aug. 1 where he discussed the reboot, and his comments will excite fans to no end.

Speaking with host Andy Cohen, Crawford joked that while the reboot made him “feel old,” he’d ultimately be up for reprising his role as the beloved Nate. The revelation came when Crawford fielded a question from a caller at the end of the show. When asked if he would return for the revival, he said, “No one called me. I was really upset about it. No, no, I'm teasing," Crawford said. "It's great! I mean, I could maybe come back and play a father or something."

He continued, telling Cohen, "When I heard about it, it just made me feel old, you know? My birthday was last week. I heard it, I was like, 'Oh, my God, they're already remaking our show.' So that's a lot of fun." Bustle reached out to representatives for Crawford about his potential return to Gossip Girl, but had not heard back at the time of publication.

This isn’t the first time Crawford has voiced interest in a possible return to the teen drama. In February, he told Entertainment Tonight that while he’d love to reunite with the cast again, he isn’t quite sure how a reboot would work in terms of storylines. "For me personally, I would love to see everybody again, and I loved everybody and I would love to work with everybody, but I don't know if it's necessarily a reality," he told ET at the time. "I don't know what the way in would be to the story, to get everyone back together. I'm always up for anything. That was such a good part of my life and experience."

So, what does the Gossip Girl reboot look today? As for now, none of the original cast members are set to return — but the synopsis suggests a new group of high schoolers will be introduced. The new logline reads, as per Deadline: “Eight years after the original website went dark, a new generation of New York private school teens are introduced to the social surveillance of Gossip Girl. The prestige series will address just how much social media — and the landscape of New York itself — has changed in the intervening years.”

At the 2019 TV Critics Association in July, however, Schwartz told reporters that the door would always be open for the original cast. "We reached out to all of them to let them know it was happening and that we would love for them to be involved if they want to be involved, but we certainly didn't want to make it contingent upon them," Schwartz said, as reported by E! News. "They played those characters for six years and if they felt like they're good with that, we wanted to respect that. But obviously, any time anybody wants... it'd be great to see them again."

It definitely sounds like the door is open for Crawford to return. Gossip Girl’s 2012 finale concluded with Nate telling reporters about his run for mayor on his way to Dan and Serena’s wedding. And who better to get caught up in a web of Gossip Girl drama and lies than Mayor Archibald?