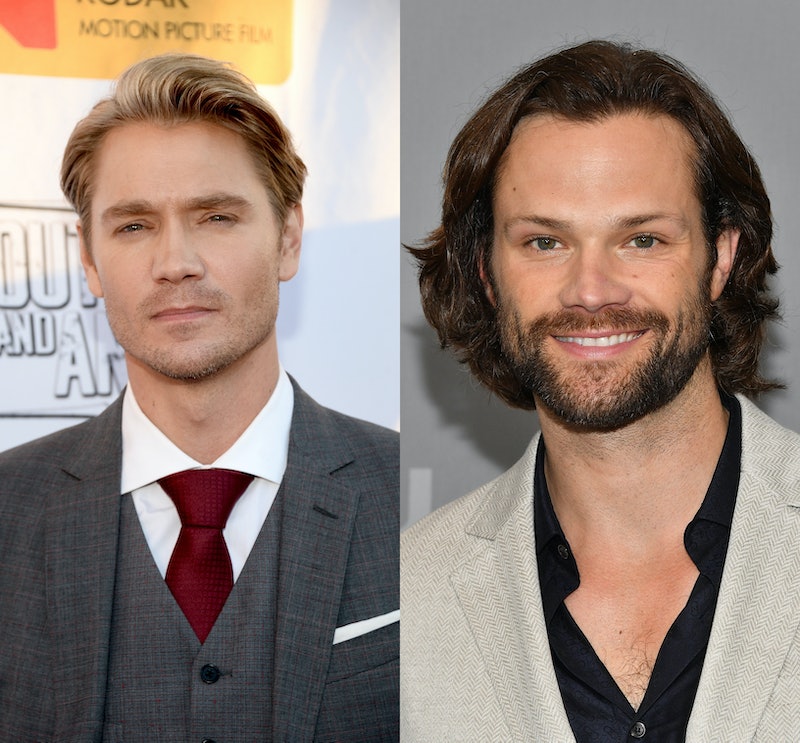 File this one under unexpected co-star connections. As it turns out, two former Gilmore Girls co-stars are friends in real life, years after they shared the screen. They may have played sworn enemies on the series, but Chad Michael Murray and Jared Padalecki are friends in real-life. Murray revealed the friendship on The IMDB Show when asked which of his previous co-stars out of Hilary Duff (A Cinderella Story), Alexis Bledel (Gilmore Girls), Milo Ventimiglia (Chosen and Gilmore Girls), and Padalecki (Gilmore Girls and House of Wax) knows the biggest secret about him.

When Murray chose Padalecki he clarified his answer by saying, "We worked together for, gosh, like two, three years. We went straight from Gilmore [Girls] and then went into House of Wax later on. We were roommates in House of Wax. Late nights, you got nothing to do and you're sitting there just spitting out all your truths."

Apparently this bond runs deep, because when Murray was also asked which of those four former co-stars he would still be friends with when he was an 85-year-old, Murray also opted for Padalecki. He told IMDB Show host Tim Kash that the two had a lot in common, outside of working on two projects together. "We could talk forever," Murray said to Kash. "Countless hours. And we just created a brotherhood because we both came up together."

Came up together, they did. Fans will most famously remember the pair playing adversaries for Rory's heart on Gilmore Girls. For those who haven't done a recent re-watch (which you should do immediately) Murray played Tristan, a popular boy at Rory's school, Chilton, who had a thing for her and showed it by weirdly calling her "Mary." Things were even more complicated by the fact that Rory's ultimate frenemy Paris was nursing a major crush for Tristan. Padalecki, of course, played Rory's first love, Dean.

Dean and Tristan never were the best of friends onscreen, but things became the most heated in a Season 1 episode when Rory goes to Chilton's winter formal. Dean comes as Rory's date. Tristan intervenes and a heated fight ensues. It becomes one of the most legendary Season 1 moments, and apparently led to an unconventional off-screen friendship?!

It honestly makes weird sense that Murray and Padalecki would have become friends, especially considering they both have starred on some seriously iconic shows. Padalecki went on to star on the CW's Supernatural , which is ending after 15 seasons, while Murray went from one teen drama to the next in One Tree Hill and now CW's Riverdale. Maybe the two trade stories about being considered teen heartthrobs of the early 2000s? Or they could commiserate over the not reuniting onscreen for the 2016 Gilmore Girls revival. (We're still processing our feelings about the Logan-centered storyline, too.)

No matter what brought these two actors together, or what secrets Padalecki is seemingly keeping about Murray, this friendship is bringing major Gilmore Girls nostalgia to the forefront. Wherever this show leads, we're bound to follow.