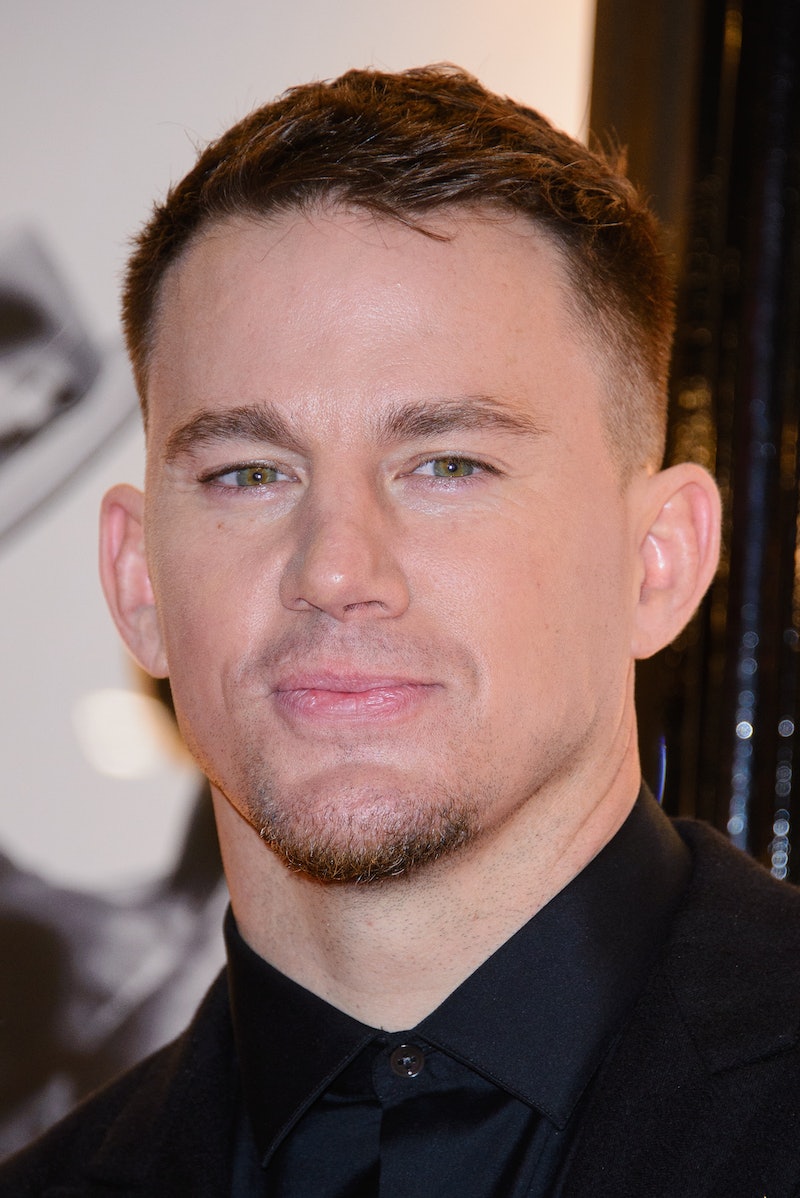 Summer is the perfect time to spend quality time with family. On Sunday, June 2, Channing Tatum shared a sweet moment with his daughter Everly on social media, showing just how close this father-daughter duo really is. On both Twitter and Instagram, Tatum posted a picture of Everly jumping on a trampoline in a fairytale outfit, and the actor appeared to be taking advantage of the nice weather with his daughter at home near the ocean.

The post included a moving message for his daughter, though the actor also posted a silly picture with Everly on his Instagram Story, in which the two are both wearing poop emoji hats (more on that in a minute). The caption with Tatum's trampoline photoset read:

"Me and you little tail feather, running through fairytales forever. let’s go."

On his Instagram Story, Tatum went on to show off a costume of his own, writing, "My little and I are Feeling very king/queen! 'Quingy'?" And then, of course, he also shared the aforementioned poop hat emoji photo. No caption necessary.

This week is certainly a nostalgic time for the dad, as on Friday, Everly celebrated her 6th birthday, according to Us Weekly. Everly is the Tatum's daughter with former partner Jenna Dewan. The couple originally was married in 2009, but parted ways in 2018. The separation was amicable, and they both stressed a commitment to parenting in their joint statement at the time.

On Friday, May 31, Dewan shared a birthday tribute to Everly on Instagram as well, writing:

"Well..today this little fairy is 6! I am a mess today with emotions and pride. Evie you are magical, wise, hilarious and strong. You teach me every single day. To another incredible year.."

Tatum's social media posts from Sunday aren't the only recent time he's demonstrated how much fatherhood means to him. In January, a court document revealed that Tatum and Everly continue make time to bond since the split with Dewan, and that the father and daughter pair enjoys painting, swimming, and playing Candyland, according to E! News.

The document reportedly included a statement from Tatum, which read:

"I decorated Everly's room very girly in a fairytale and fantasy theme (i.e. Alice and Wonderland), with pictures of Everly with both Jenna and me on trips. The room had bunk beds, which Everly was ecstatic about."

While they tend to keep family life private, Tatum has occasionally posted about his daughter on Instagram in the past. In 2015, Tatum shared an adorable Halloween photo with his daughter on Instagram, in which they are both wearing matching animal costumes. The proud dad also posted a video featuring face paint done by Everly in 2016, writing, "Braveheart paint by Evie, new rescue horse named Cajun on a sunset ride. Thanks for all the birthday wishes."

The past couple years have brought changes to the Dewan-Tatum family, but it's clear these parents both have such a strong bond with their daughter. Birthdays can be a time to reflect, but Tatum's most recent Instagram post shows that he's also looking forward to all the future years with his daughter as well.