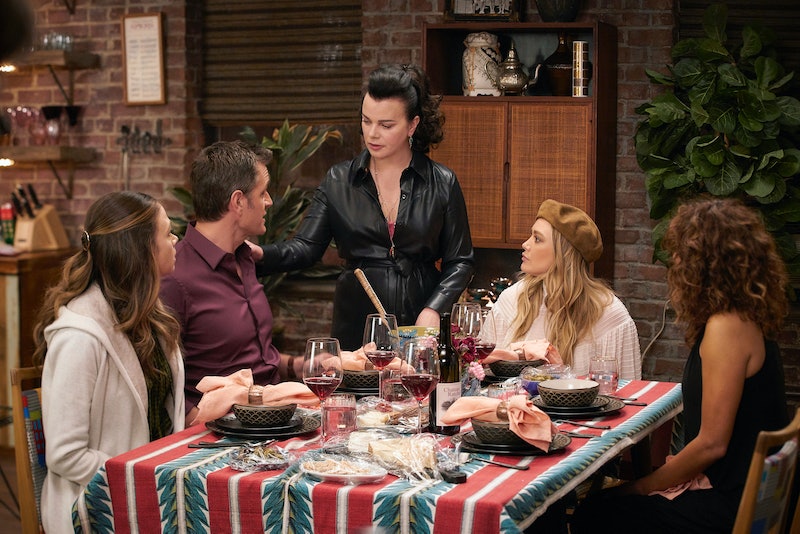 Younger has always been unafraid to explore the gender dynamics of the typical American workplace. Liza has to lie about her age (she's 40, but she's pretending to be 26) because, after she left the workforce to raise her daughter, she couldn't get a job as herself. Cue setting in motion six seasons of a lie that still, only some people know is a lie. Now, though, Charles, who is in his 40s and people know it, is lying about work, too, on Younger — and right now, he hasn't suffered nearly as many consequences as Liza would for lying.

At the end of Season 5, Charles left Empirical so that he could be with Liza without looking like the old boss who slept with the "young" assistant. But, as he says in Season 6 of Younger, it doesn't mean that he wanted to leave publishing. It just meant he wanted to be with Liza. And, as it turns out, he's been setting up his own publishing house on the side, working with Zane and mortgaging his Upper East Side townhouse in order to do so. By the end of the episode, Charles' new gig is revealed, but... it doesn't matter so much because all of the Millennial and former Empirical authors want Charles instead of Kelsey, who is also in her twenties and just happens to be the CEO of her own imprint.

Age before beauty. Experience before anything else, even if that experience is sneaky AF.

This leads to an interesting twist forYounger. For the entirety of the show, Liza has lived a lie because she was afraid that it would bring down the entire world that she's hidden and schemed so hard to build — and she's only schemed because the world at large wouldn't let her do what she wanted to do in the first place. But Charles barely tried to hide the fact that he was lying to Liza and Kelsey. He worked against his former employer behind the scenes, which is a huge ethical no-no, considering that Charles was still on the board of Millennial while he was doing it, and he still ends up on top.

Was Charles even nervous about setting out on his own? The only thing he seems to be jittery about was taking out a loan in order to finance the company. The rest, as Zane and Charles say, is business.

No to dive into moral relativism here, but Charles' lie is far less ethical than Liza's because Charles was knowingly defrauding the people he used to work for. Liza was lying about her age to help her defeat an ageist, antiquated system. There were no true losers in Liza's lie, but Charles put the people he loves and has mentored through the years in jeopardy. So far, it doesn't seem like he feels any remorse. And why? Because Charles is white, male, and wealthy, and he has probably been told his whole life to go for it, to take the chance, to move forward in business, no matter what.

That's the difference in the way society treats men and women. Charles has been encouraged to move forward, no matter the cost, and he is rewarded for it. Liza has been told to take up as little space as possible, lest she be found out. She is great at her job, despite her fibbing about her age, and yet her tenure at Millennial has been at times perilous. Charles and Liza are both of equal skill and — let's face it — ability to manipulate, and it's Charles who still sits on the throne. In Season 6, Younger is swinging for the fences, exploring now how both age and gender affect public perception, and it will be interesting to see how, or if, Charles comes through this mess unscathed.