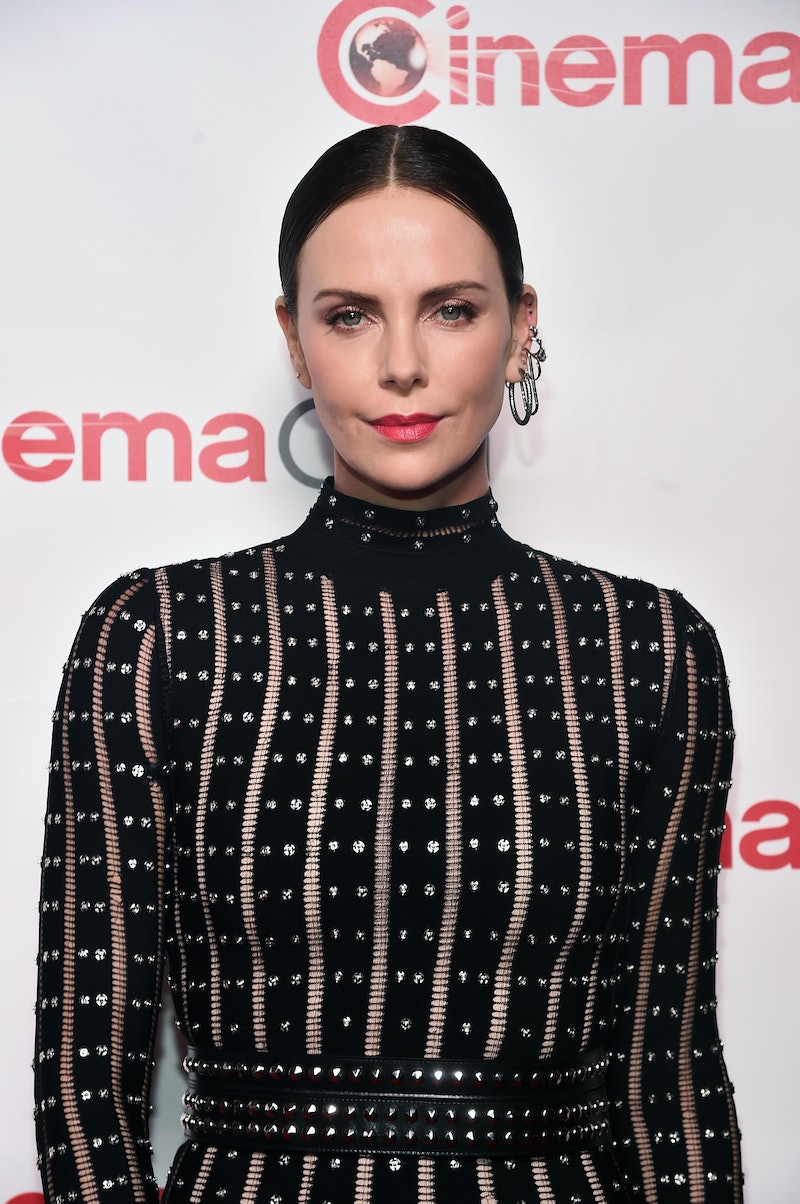 Charlize Theron's love for her children is endless. And her new statements about her elder daughter show just how much the actor supports her kids. In a recent interview with The Daily Mail, Theron discussed her daughter's gender identity, and it's clear that she celebrates her children for who they are.

"I have two beautiful daughters who, just like any parent, I want to protect and I want to see thrive," Theron told the outlet. "They were born who they are and exactly where in the world both of them get to find themselves as they grow up, and who they want to be, is not for me to decide."

Theron went on to say that she will continue to "celebrate" both of her children: 7-year-old Jackson and 3-year-old August. The actor also told The Daily Mail that Jackson knew her gender identity when she was 3 years old. While some publications have labeled Theron's daughter as transgender, it's worth noting the actor did not use that label herself, and experts have noted the potential risks of assigning labels to people who haven't publicly done so themselves. Ultimately, studies show that affirming young people's gender identities can have a positive impact on their mental health, and it sounds like Theron is fully embracing her daughter for who she is.

"My job as a parent is to celebrate them and to love them and to make sure that they have everything they need in order to be what they want to be," the Long Shot star explained. "And I will do everything in my power for my kids to have that right and to be protected within that."

Theron stays away from sharing photos of her kids on social media, but it's clear that she's dedicated to raising them with love. She's talked about parenting in plenty of interviews over the years, and her kids are super close to her heart.

During an interview with her pal Chelsea Handler for Elle last April, Theron shared why adoption is so important to her. She told Handler,

"Adoption is a very personal thing — I know people whom I love dearly who don’t feel that they could raise another child as their own. I respect that. But for me — and I can't be the only person out there — I never saw a difference in raising an adopted child versus my own biological child."

The actor added that she never thought she was "missing out on something" by adopting her kids. "This was always my first choice, even when I was in a relationship," Theron said to Handler. "I was very honest with my partners that I was open to having my own biological kids but that adoption had to be a part of my life."

In the new interview with The Daily Mail, Theron also shared that she wants to raise her children with the same values her mother taught her.

"I grew up in a country where people lived with half-truths and lies and whispers and nobody said anything outright, and I was raised very specifically not to be like that," she told the outlet. "I was taught by my mom that you have to speak up; you have to be able to know that, when this life is over, you'll have lived the truth you're comfortable with, and that nothing negative can come from that."

And for Theron and her children, living her truth includes embracing her kids for exactly who they are.