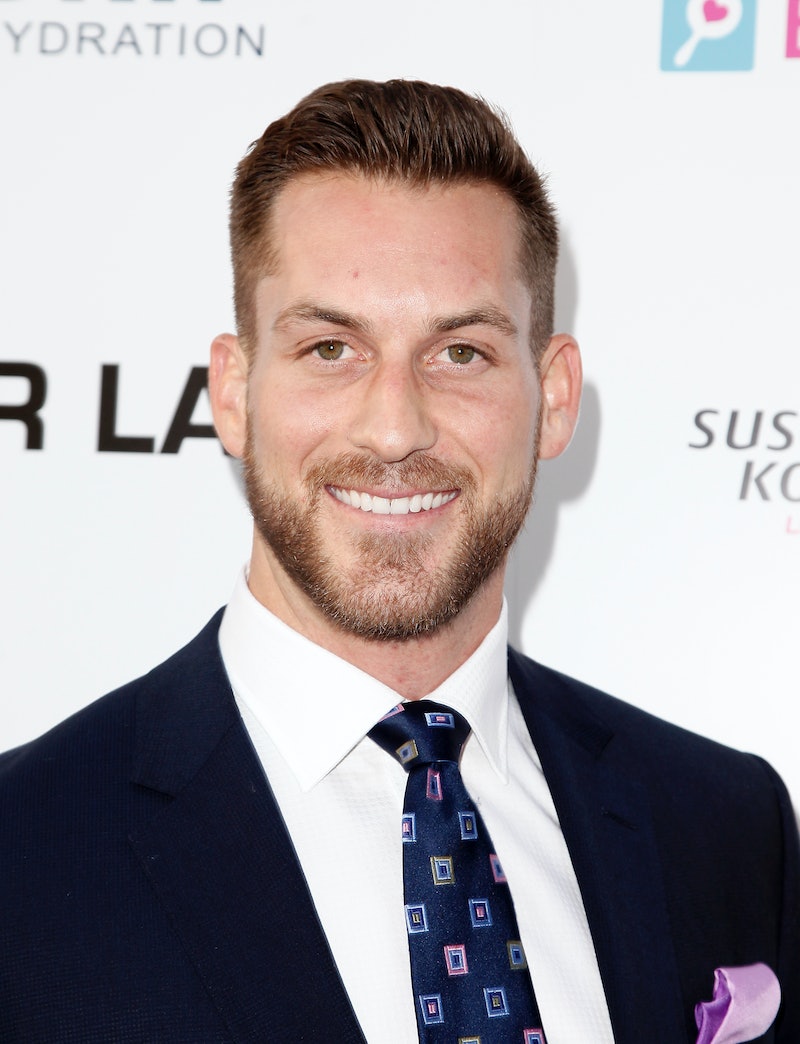 It's been a while since Bachelor fans saw Chase McNary vie for JoJo Fletcher's final rose on her season of The Bachelorette. He made it to third place before being eliminated, and since then, he hasn't been too involved in the franchise. But Chase's Instagram shows the Bachelorette alum is still pretty friendly with many members of Bachelor Nation, even though it's been three years since he last appeared on the show. He's even got some buddies on the current Bachelor in Paradise season like Blake Horstmann and Haley Ferguson who he can cheer on from his couch (or from the beach, if he ends up being a surprise addition to the cast).

Chase's Instagram also shows off his love for other things, like his hometown, music, and lions. So many lions. The dude is quite literally obsessed with these big cats. Naturally, he was very excited for the new Lion King live-action remake. "Something many know about me is that I have a massive love for Lions. And that all started from the original Lion King! ⁣⁣⁣⁣⁣⁣⁣⁣I just saw the new one and I am curious as to your thoughts?" he captioned the below Instagram photo of himself standing next to a poster for the movie.

"⁣⁣⁣⁣⁣⁣⁣⁣I personally LOVED it just as much as the cartoon, but probably give it a 8/10. Losing 2 points because there's just something missing in the connection with the characters in the first 15 mins for me. Also, I think Mufasa fell a bit short how impactful he was in the original. But everything else was fantastic and I highly recommend if you haven't seen it yet."

Chase Even Has A Lion Tattoo

Because what else says dedication that getting permanently inked?

And He Never Misses A Chance To Pose With A Lion

This photo was taken in Cuba.

He Also Loves Dogs, Though

"To me, Dogs allow us to feel LOVE and compassion," he captioned this photo. "And if you don’t like dogs then I am not sure I’ll like you!"

He Plays The Guitar

Did someone say Jed flashbacks?

But Chase Didn't Go To Stagecoach

Maybe he ordinarily would have, but that weekend, Chase was at a wedding.

He Can Count Several Other Bachelor Nation Members As His Friends

Yes, they are all posing at the same place, Revel Social — it's Chase's new restaurant in Denver, Colorado. It's like the only place he takes pics with Bachelor Nation people. He doesn't have any photos with Hannah B.'s contestants yet, but give it time. One way or another, they'll probably end up at Revel Social for a photo opp. Now, all he needs to do is figure out how to get a lion there.