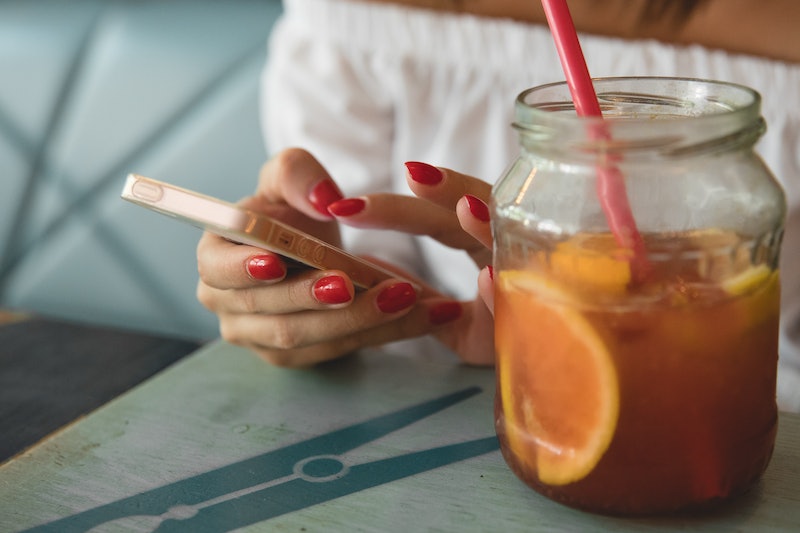 Every morning, I reach for my phone, check my email and scroll through various social media feeds. When something bad happens — whether it's a personal crisis or a national tragedy — I'm glued to my phone even more than usual. Twitter and Facebook can be good for talking about mental illness, but the networks can also have a negative impact on your emotional wellbeing. This is even truer during times of elevated stress: According to a new study from the University of California, Irvine, checking social media during a crisis is awful for your mental health.

Researchers surveyed almost 4,000 students a few days after an active shooter was reported on a university campus. The students were part of a two-hour campus lockdown while officials searched the campus. With nowhere to go and information from official sources coming at an infrequent rate, they turned to social media and text messages from friends for news. Rumors and retweets both peaked during an hour-and-a-half period where there weren't any updates from campus officials, according to the study. The students who relied on text messages and social media posts experienced more distress than those who didn't. The takeaway, according to the UC-Irvine team, is that emergency management and public safety officers should monitor social media during crises. Even if there's no new information to report, they can nip rumors in the bud by replying to false information and calling it incorrect.

"In the past, people relied on radio and television broadcasts to reduce uncertainty," says a press release about the findings. "Today social media channels are frequently the source of updates, and users are exposed to a greater amount of conflicting speculation and unverified reports."

Social media misinformation doesn't just come from random people sending out tweets. News outlets may report inaccuracies in the initial aftermath of crises; to combat this, news outlets have created guides for consuming breaking news after a mass shooting. In 2012, many news outlets named the wrong person responsible for the mass shooting in Newtown, CT, that killed 27 people. After the Las Vegas shooting earlier this month, witnesses used Twitter to say they'd seen multiple shooters, adding chaos to an already terrifying event. (Many media guides now stress that multiple shooters are very rare in this kind of event.) Whether it's a professional news organization or an innocent bystander, people are going to share things that aren't true during a time of crisis, which is going to cause excess stress at a time where people need to stay calm.

This isn't only true for national news events, though. Studies have shown that social media platforms can increase the risk of anxiety and depression, which could be because multitasking is stressful or because we get anxious about committing faux pas online. Instagram, Facebook, Twitter and Snapchat have all been found to negatively affect sleep quality and relationships and cause that dreaded #FOMO feeling. This is even more likely if you spend more than two hours a day on the sites. (The average person spends just under two hours on social media every day.)

So what should you do when you're facing a crisis, whether it's something personal or a national disaster? Don't be afraid to seek professional help if your emotions become too distressing, either in the moment or after the fact. You can help mitigate worry by avoiding the Internet when you're already feeling anxious. Instead of turning to your newsfeed, try practicing self-care or talking to loved ones about your feelings. You can even download a smartphone app that will track your usage and help you remember to put down your phone occasionally. The next time something awful happens, I'm going to attempt to chill out and avoid social media, and you're welcome to join me. Who knows? Maybe we'll both be more equipped to deal with the inevitable news that comes.