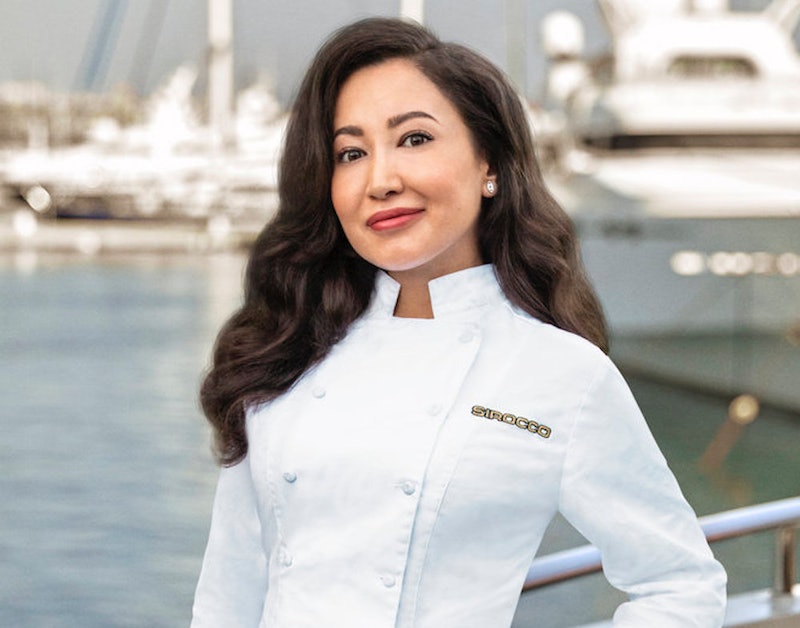 Below Deck Mediterranean seemingly hoped to break ground by casting the first ever female chef on the show. Unfortunately, Chef Mila Kolomeitseva said something in the Below Deck Mediterreanean Season 4 trailer that has upset a lot of people — including her fellow crew members. In the trailer, Mila is traveling in a car with three of her cast and crew mates when she declares, "I don't want my son to see two men kissing each other."

Deckhand Travis then immediately denounces her. "Sit on the opposite end of this f*cking table from me," he says. He's not the only one who was upset by what Mila said. Chief Stew Hannah spoke to the Daily Mail about the incident, saying, "When I found out that she'd said that, I actually couldn't go speak to her about it because racism, homophobia and sexism are things that make my blood boil." Hannah added, "I was shocked that it came out, and honestly, how stupid are you? This is Bravo, we have a very large gay audience."

No matter who watches the network, that kind of attitude towards gay people is never OK. Hannah refused to let Mila's conservative Siberian upbringing be an excuse either. "[Mila] lives in Monaco [now] and should know better," Hannah told the outlet. "It's not like you were plucked out of Russia and put on a yacht."

Mila doesn't have any social media channels linked in her Bravo bio and it doesn't appear she's since made a statement about her comments on the show or how they upset her cast mates and will likely upset viewers. Her bio does detail a little more about her childhood and career. It says she was a schoolteacher's daughter in Siberia but eventually left to attend Le Cordon Bleu cooking school in Paris, France. She primarily cooks French/Mediterranean cuisine, which is a good fit for the yacht since it's traveling southern France this season. Her bio also says, "She's always been encouraged to learn from cultures around the world," but it seems she still has some learning to do when it comes to the LGBTQ community.

She should conceivably know better not only because of where she lives now, as Hannah pointed out, but also because she's fought back against inequality in other ways. "I believe female chefs are a bit underrated and I want to change this opinion," she said in a teaser clip for the show. At the same time, she made it clear that she doesn't plan to change any of her own opinions. "I want people to know that I have my opinion and I don't take sh*t," she added in the clip.

It would have been fun to celebrate Mila's achievement as first female chef in the show's history. Unfortunately she decided to say something really hurtful about a whole group of people and that kind of taints her groundbreaking appointment. Hopefully seeing the feedback that the stars had on and off the show as well as the inevitable fan response will help Mila open her mind and her heart to all kinds of people. If she truly wants to learn about other cultures and communities and people, now is the perfect time to do so.