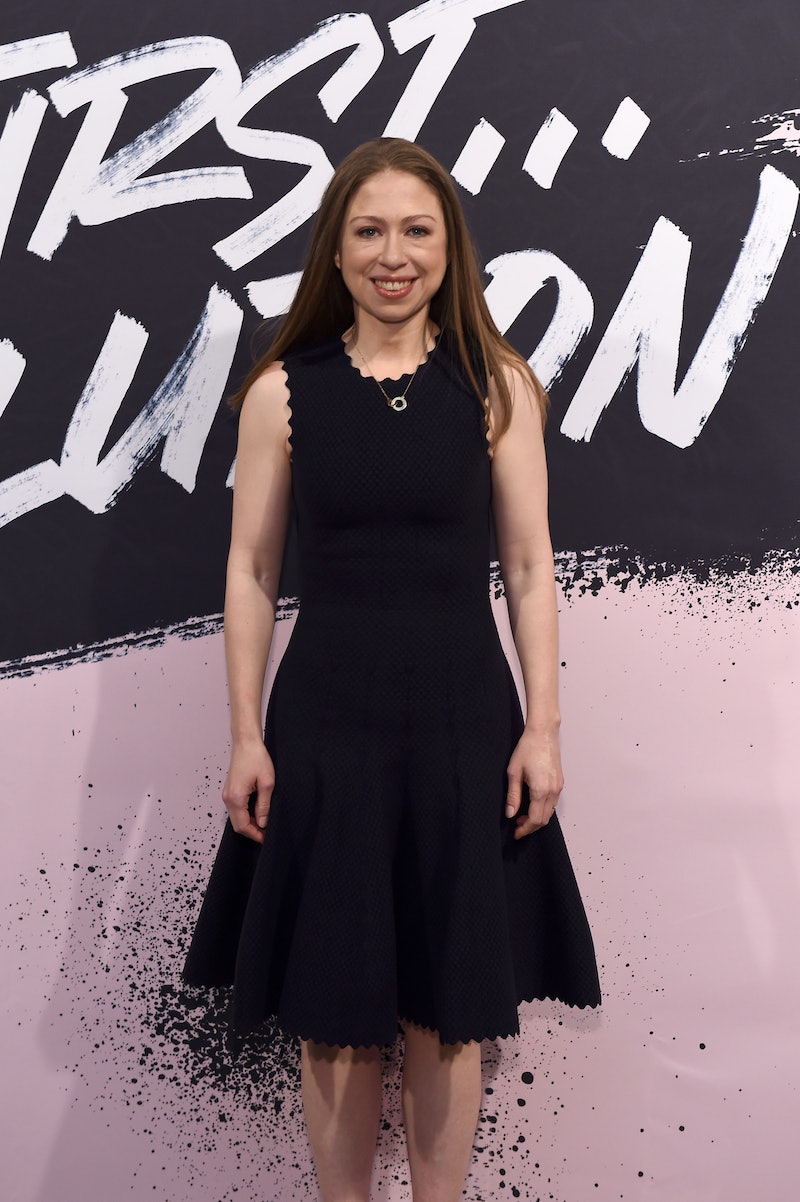 Riding high on the release She Persisted, Chelsea Clinton has a new children's book coming out to inspire young activists. Start Now!, which is being published by Penguin Young Readers on Oct. 2, shows kids how they can make a difference in the world, and it's arriving just in time for the midterm elections.

According to Entertainment Weekly, the book will "break down issues relating to health, hunger, climate change, endangered species, and bullying for young readers to understand, and see how they can make a difference in their own lives, as well as in their communities and the world at large." In a tweet posted on Thursday, Clinton said she "[couldn't] wait to share stories of young kids who inspire me and ideas on how we can create positive change at any age."

The last few years have seen a surge in youth activism, beginning with protests following the death of 18-year-old Michael Brown, who was shot and killed by Darren Wilson, a Ferguson, Mo. police officer, in 2014. Most recently, survivors of the Parkland, Fla. high school shooting that left 17 students, faculty, and staff members dead have led a new wave of student activism, which has included nationwide school walkouts on Apr. 20 to protest gun violence. Now, Clinton's book may inspire even more kids to take action in their communities.

Start Now! is Chelsea Clinton's fourth book for young readers, following It's Your World in 2015, She Persisted in 2017, and She Persisted Around the World in March of this year. Both of Clinton's She Persisted books reached the No. 1 spot on the New York Times Best Seller list.

In a statement quoted by Entertainment Weekly, Clinton said: "One of the questions that I was asked often during my It’s Your World book tour was whether I was planning to write a book for younger kids about what they could to do make a difference. . . . This book was born out of those questions. I hope that the kids who read it both learn more about what helps us and our world be healthy and are inspired to stand up for what they believe is right. I’ve always said that you’re never too young to make a difference, and I hope this book will show young readers that it’s true."