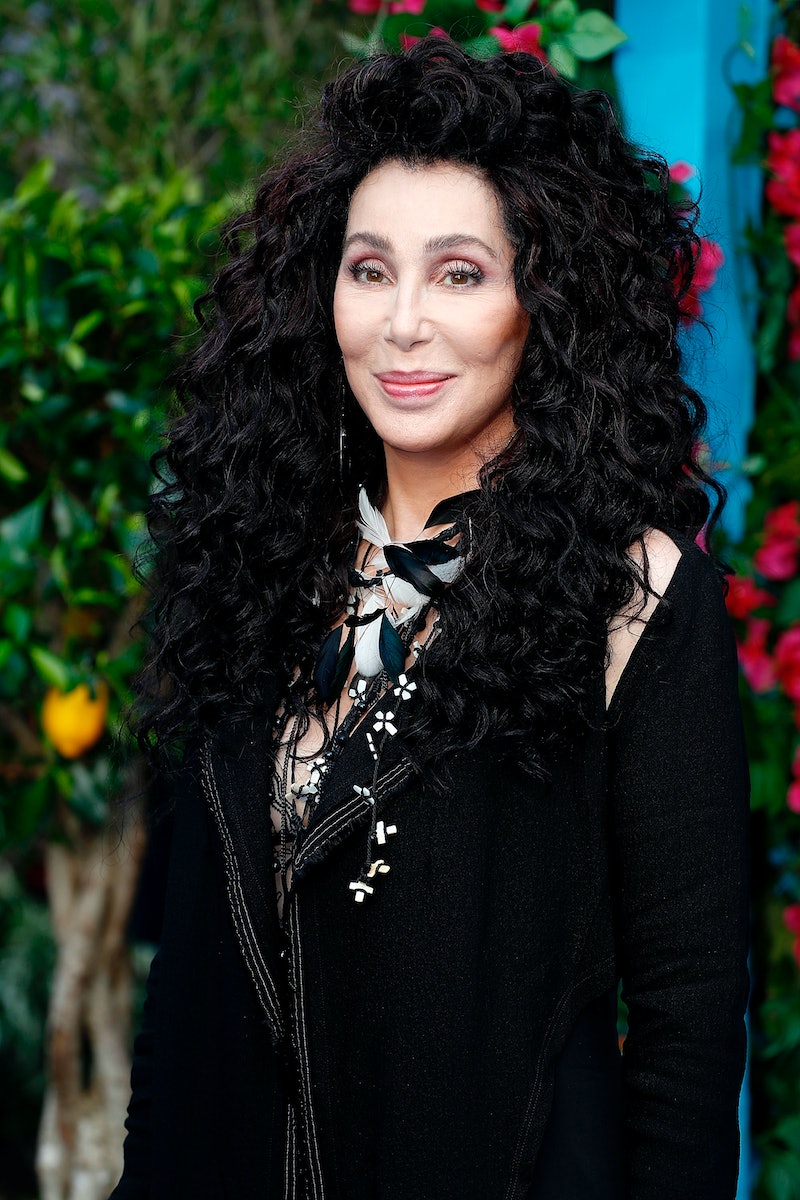 Another day, another record-scratching tweet from the Queen of Comebacks. No, Cher isn't calling out Donald Trump or blocking someone's DAD?! on Twitter again, but she is writing her life story.

On Tuesday night, Cher took to Twitter to share some exciting news with fans. According to the "Believe" singer, she is working on a book about her life story that is due out in the first part of 2020. As if that bombshell news wasn't enough to get her followers excited, Cher added "Bio pic to follow."

When will we get to see this book about the Queen of Camp, the Goddess of Pop, the best damn thing on Twitter? More importantly, who will play Cher in the biopic about her life? Will the "Strong Enough" singer take the lead role for herself? There are no official details yet — aside from Cher's tweet, that is — but it looks like the presidential election won't be the only thing to look forward to in 2020.

There may not have been any formal announcement about the upcoming projects, but that doesn't mean fans aren't already pumped at the prospect of a book and a movie about their favorite pop star. Of course, the people most excited about the upcoming book might not be devoted music and movie lovers but rather Cher's 3.56 million Twitter followers.

Ever since 2012, the superstar has been delighting the internet with her sometimes personal, sometime political, often hilarious, and always unpredictable tweets. Can we expect to see the same kind of unfiltered honesty, unabashed confidence, and absolutely insane grammar choices in Cher's book that we do on her Twitter feed? We can only hope so.

With any luck, the story of Cher's life will feature the kind of raw openness we have come to expect from her tweets. Will it include unfiltered opinions about herself, her career, and her life goals? Fingers crossed.

What about her shameless self-assurance in her stardom? Let's hope so.

Will the book include more details about her family, like the bad ass (not to mention stylish) woman who "made Cher?" If we are very lucky, more photos like these will be included.

Maybe Cher's upcoming book won't be about her own life after all. Perhaps it will be an essay collection that features some of the singer's political poetry, or, at the very least, her view on the divisiveness of the two-party system.

If we are truly blessed, it will include more of Cher's incisive cultural critiques and her opinions about the changing landscape of American cuisine.

We can't be sure what will be in Cher's book about her life, but if the Social Media Gods are smiling upon us, it will certainly include some of these precious tweets.

This yet-to-be-titled book about Cher's life won't be the first time the legendary singer-actress has dipped her toes in the water of professional writing in publishing. Following the death of her husband and partner Sonny Bono in 1998, the pop star-turned-author released an essay collection about her life called The First Time. She also penned the 1991 exercise book Forever Fit, and an inspirational children's book called Reaching Your Goals.

Although she already had a pretty amazing 2018 — she starred in the new Mamma Mia! film as Meryl Streep's mother, saw her personal story brought to life on Broadway in a musical called The Cher Show, and was responsible for some of the best celebrity tweets — it's clear that 2020 will be, as so many are already calling it, the Year of Cher.

More like this
Robert Downey Jr.’s New Film Is A Tender Story of Fatherhood & Forgiveness
By El Hunt
Allie Rowbottom Will Have Her Feminism With A Side of Botox
By Samantha Leach
How To Stream 'She Said' In The UK
By Maxine Harrison
Here’s Everything Coming To & Leaving Netflix In December
By Jake Viswanath
Get Even More From Bustle — Sign Up For The Newsletter