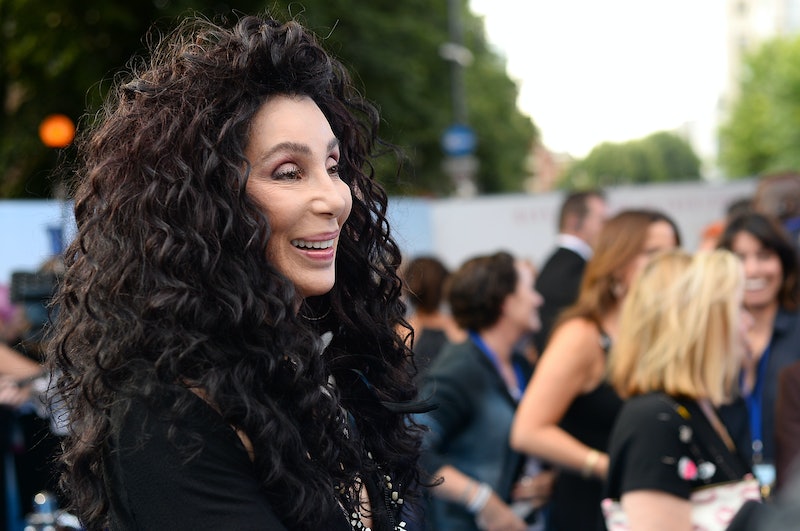 On the heels of her universally loved performance in Mamma Mia 2, Cher just announced that she's headed on her first U.S. tour in five years. The forthcoming Here We Go Again Tour, which is slated to get underway in 2019, will reportedly feature the legendary entertainer as she performs many of her hit songs as well as some other tunes from her ABBA tribute album Dancing Queen that is due to be released on September 28.

Cher revealed her plans to hit the road during a Friday, September 7 interview with The Ellen DeGeneres Show, according to E! News. Upon the announcement, DeGeneres jokingly asked, "Didn't you have a farewell tour about 15 years ago?" To which Cher replied, "Yeah, and I thought it was! I mean, I was old. I was already old. I was thinking, 'How many more can you have?' It's like Al Pacino. They brought it back." During her appearance on the talk show, the icon also graced viewers with a performance of ABBA’s “SOS” one of the songs which will appear on her upcoming album that pays homage to the Swedish pop group.

Cher's new tour dates will reportedly pick up shortly after the singer wraps up her 11-leg, 87-date residency which featured performances in Las Vegas, NV, Atlantic City, NJ and Oxon Hills, MD, according to Today.com

The "If I Could Turn Back Time" singer, who is scheduled to be honored at the Kennedy Center later this year, will also serve as co-producer of The Cher Show, an upcoming Broadway musical opening December 3. She is additionally scheduled to tour Australia and New Zealand later this month.

With new music, an upcoming tour, residency, and current film in theaters, Cher continues to prove that she's one of the hardest working people in the entertainment industry. And it's likely that the fans planning to flock to one of her many concert dates will think so too.