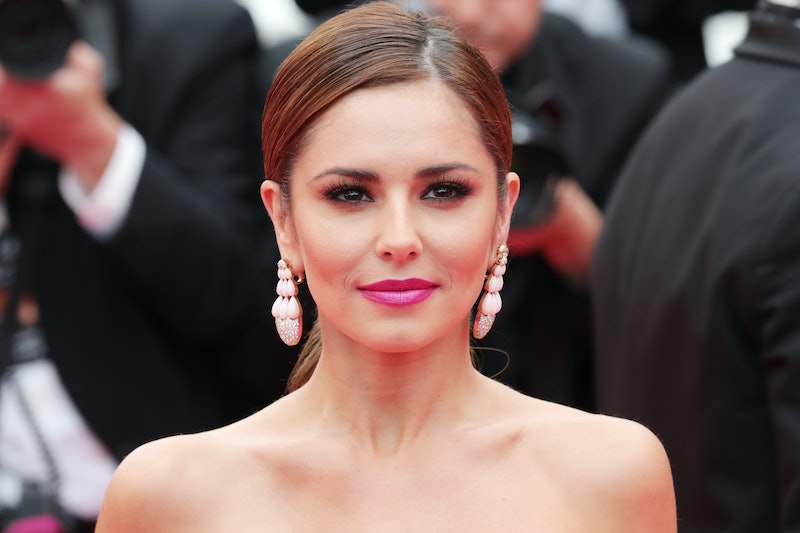 The BBC has finally confirmed the judging panel for its newest talent show, and it looks like one of them will be dusting off her judging shoes: Cheryl will be a judge on The Greatest Dancer, a show produced by Simon Cowell that's aimed at finding the best dance act in the UK. And her fellow judges (or Dance Captains, in the show's preferred nomenclature)? Strictly Come Dancing pro Oti Mabuse, and Glee star Matthew Morrison. The presenters, announced back in July, have their fair share of dance credibility too: The Greatest Dancer will be hosted by Britain's Got Talent judge and former Strictly champion Alesha Dixon, alongside Diversity dancer and Dancing on Ice presenter Jordan Banjo.

The BBC says that The Greatest Dancer will feature "a host of talent from across the world of dance from ballet to jazz, hip hop to Bollywood as they give the performances of their lives in the hope of being named The Greatest Dancer." It's set to follow the traditional talent show format, though it's one of the first BBC shows to focus exclusively on dance since their take on American show So You Think You Can Dance in 2010. According to the broadcaster, "The Dance Captains will have the tough job of whittling down the acts that get through the audition stage, before picking who they want to mentor and take through to the live shows."

Speculation emerged about Cheryl's involvement in the the show back in February, when she was spotted filming an undetermined TV pilot in London, as The Sun reports. And after she shared a celebratory Instagram selfie on her birthday in June, now-confirmed fellow judge Matthew Morrison posted a comment that ignited further rumours, commenting, "So happy you were born! Look forward to getting to know you better this year!"

In a statement released by the BBC, she said, "I'm so excited to be part of The Greatest Dancer! I’m looking for acts with real passion, who are going to push boundaries and give it their all, no matter what challenges are thrown at them. From my own dance background, I know the dedication and commitment dancing takes. I can’t wait to get started."

Cheryl once envisioned a dance career herself, even attending a summer school at the Royal Ballet School, but she told the Times that the experience left her feeling like "a bit of an outcast", adding, "It wasn’t me. I didn’t fit in."

Mabuse told the BBC, "I’m looking forward to finding a dancer who can elicit emotion from the audience, I know how it feels to be on the other side and to be judged and critiqued for your dance or choreography. I’m looking forward to being able to find amazing new talent and help them unlock their greatest potential to become the best dancers they can be, and win the competition. I can’t explain how excited I am to be a part of this show."

Matthew Morrison, meanwhile, has a long list of Broadway credits to his name alongside his stint as Will Schuester on Glee. Of his role on The Greatest Dancer, he said "I love being exposed to people who are pursuing art, and expression, and I look forward to being a moving force for good on their journey. As a Dance Captain, my sincere hope is that I can uplift and encourage all the dancers here to reach their greatness."

Though there isn't yet an official release date for The Greatest Dancer, the show is set to air in early 2019, according to the Radio Times. Know what that means, wannabe dancers? There's at least four months to dig out your childhood tap shoes and perfect that kick ball change.